A basketball Australian chick who plays chicks’ basketball for Australia has been triggered by a photo of a bunch of White Olympic athletes in their underwear. 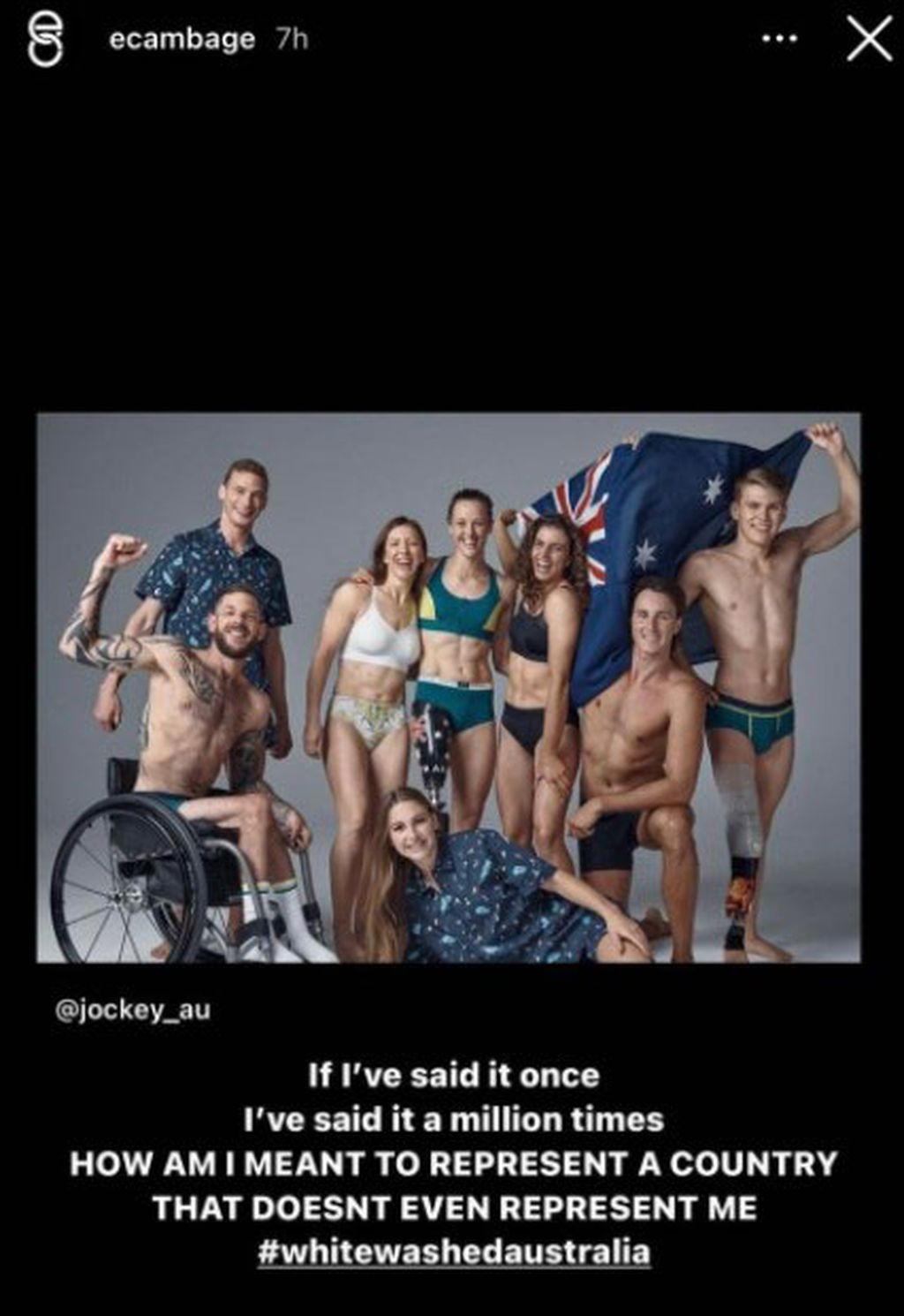 She followed this up with a barely legible post on social media: 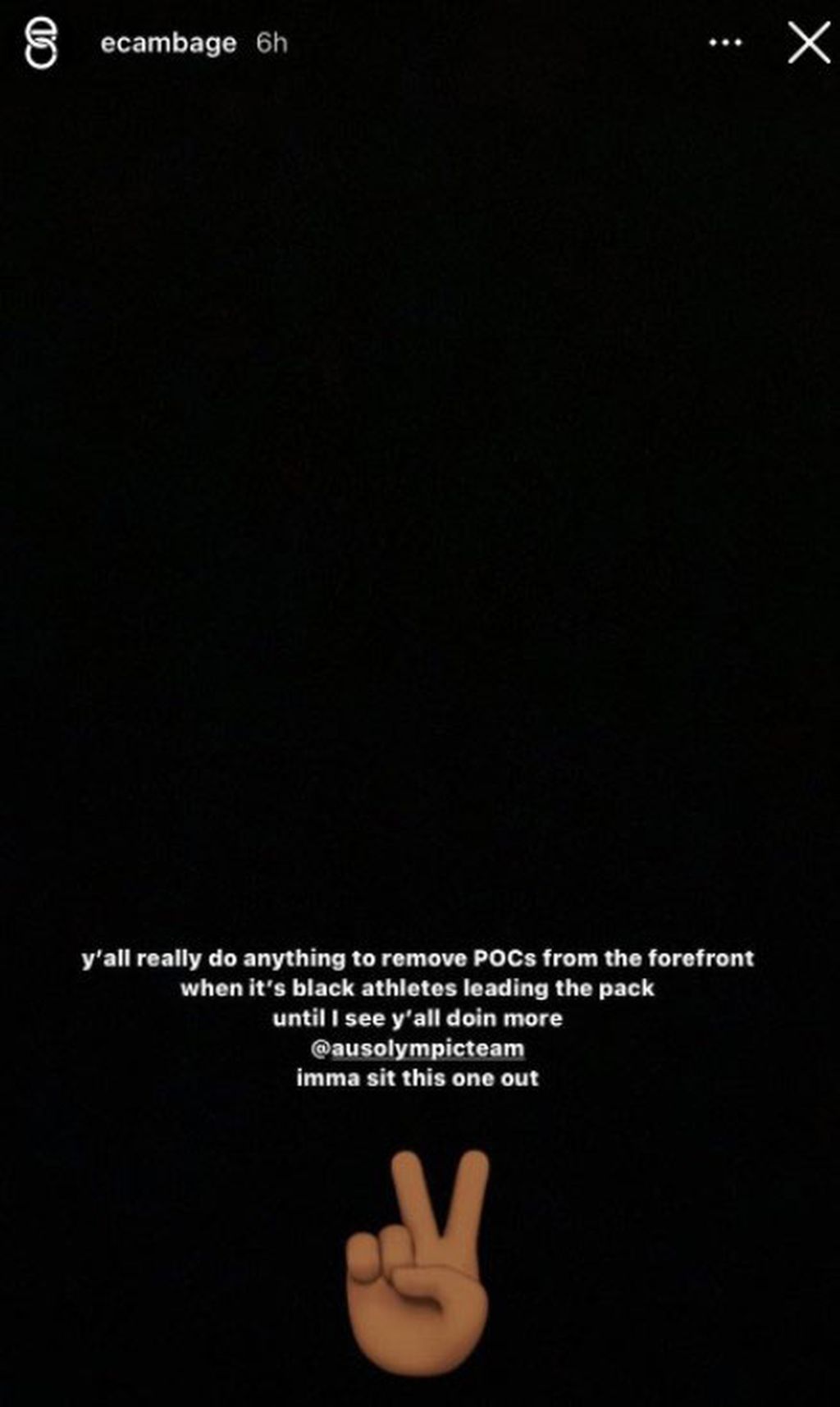 Obviously, nobody cares, but it is worth taking a few moments to ponder the implications of this. A black chick is threatening to boycott the most prestigious sporting event in the world because Jockey, an underwear company which sponsors the Aussie Olympic team, published a promo shot of White Australians in their underwear. Obviously they didn’t want to include any black people, because, well, you know. This black chick understands that nobody wants to see black people in their underwear and has chucked a tantrum.

Do you see? This is how we get them to leave us alone.

It is all we have ever wanted this whole time. We make entire countries with functioning institutions, infrastructure and indoor plumbing, then we give away said countries to black people and go somewhere else. Every time we do this black people chuck a wobbly and demand that it is their human right to have access to White people.

It goes without saying that The XYZ does not endorse degeneracy, but if shirts off is the way to make black people leave us alone, then I say do it. This could be like a scarecrow for black people. Any suburb or small town White people want to occupy and turn in to a functioning White community, just set up big pictures of White people in their underwear on the perimeter.

They’ll holler that they aren’t represented and boycott your community. You can tell them it’s fine and ask them to tell their friends.

This is how we can White Wash Australia.