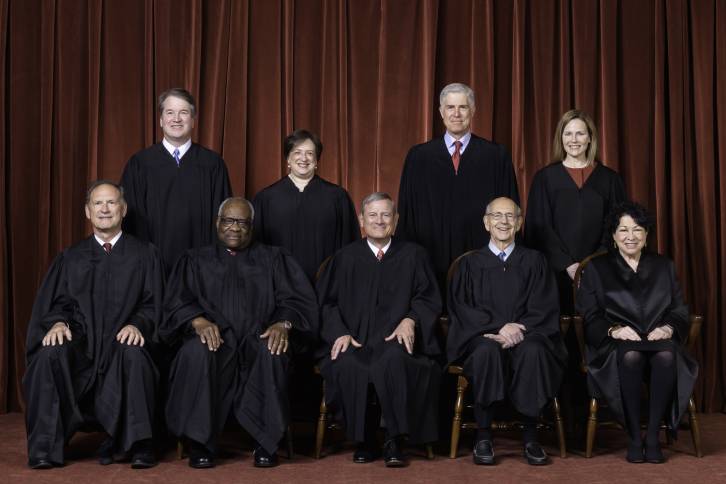 Does the First Amendment protect a student’s free speech when they are not in school?

The overwhelming majority of Americans may think so, yet both conservative and liberal justices on the Supreme Court are reluctant to agree.

While most students usually endure this type of overreach, Levy has teamed up with the ACLU to challenge the school’s right to censor her when she is off campus.

What is unique about this case is that dozens of groups representing the left, the right, and various religious organizations have filed briefs in support of the plaintiff. The Republican party has made combating “cancel culture” one of their top issues, while liberals by and large are always on the side of loosening restrictions on obscenity.

While the specifics of the case are largely inconsequential, political actors of all types are shoehorning their interests into the debate because a court ruling could have massive implications for political and religious freedom, by potentially expanding or curtailing them.

The only briefs opposing her free speech rights come from the Department of Justice and the Anti-Defamation League, the latter which on the one hand supports Levy’s right to say obscene things but not a student’s right to express ideas that may offend someone belonging to a privileged gender, sex or race.

So far, SCOTUS appears to agree with the plaintiff’s right to curse at her school and classmates, but have expressed “fear” that upholding her free speech rights will also protect students who engage in anti-establishment off campus political speech.

The reluctance from the justices represents a historic shift in the court, which has traditionally been perceived as an unflinching and reliable defender of free speech, including for students inside of school (Tinker v. Des Moines, 1969). They understand that the ADL and DoJ’s position — that schools only have a right to censor “hate speech” — is legally contradictory, yet they still feel obligated to include these elite political concerns even to the detriment of basic Constitutional principles.

In a sense, the difficulty the court is having in coming up with a majority opinion is due to unconstitutional precedents previously set to implement the Civil Rights Act’s Title IX, which on paper is supposed to ban institutional “discrimination” in the education system based on race or sex or gender theory, but is often informally applied by activists to punish students that express political views challenging the state ideology on these matters.

There have been no new developments in Mahanoy Area Schools District v. B.L. since April 28th, causing some to speculate that the court composed of 6 conservative appointees and 3 liberals may not be able to come to a majority opinion.

Most of the people who hold sway in the American education system are liberals or on the far left, meaning that students with right-wing or Christian beliefs will bare the brunt of inaction or a legally baseless ADL ruling.

If conservative judges cannot be relied upon to uphold the First Amendment rights of their own supporters, which they have been telegraphing that they are not, who will?