Here is an interesting review of a new book on Stalin and the Second World War. The review makes the case that Stalin was about to attack Germany when Hitler beat him to the punch. I have discussed this hypothesis before, (I can’t find the link), and the arguments made in the review serve to only further convince me of the truth of this argument. I began studying Operation Barbarossa when I was around ten years’ old, and one thing that always struck me was how many Russian armies had been caught in the initial couple of months of the campaign. When two huge armies are poised to strike at one another, it’s the one that gets the jump that will win.

But the point of this piece is not to argue the merits or otherwise of this idea. Rather, it is an introduction to a challenge that faces us today. In the 1930s and 40s, the advantage was that the leaders of the various sides were easily identifiable, even if in hindsight it appears that perhaps the Allies underestimated Stalin’s capacity for deception. But today, as the world seems ready to fall into another great cataclysm, just who are we fighting against? Who is on the other side? And who is leading them?

If you ask the average man on the street, he will have no clue what you are talking about. He perhaps knows that something is up, but as to what he cannot pinpoint the malaise. Even for myself I sometimes struggle with the nebulous aspect of our foe. That was until this morning when I saw this short post:

He was beaten to death for defying a Communist regime

The story is of the Polish Roman Catholic priest, Jerzy Popiełuszko, who was abducted and murdered in 1984 in Poland by agents of the state security apparatus. He was assassinated because of his strong support of the Polish solidarity movement. So far I suppose you’re wondering why this has anything to do us today. But the piece at Catallaxy Files links to a very recent story in New York city. 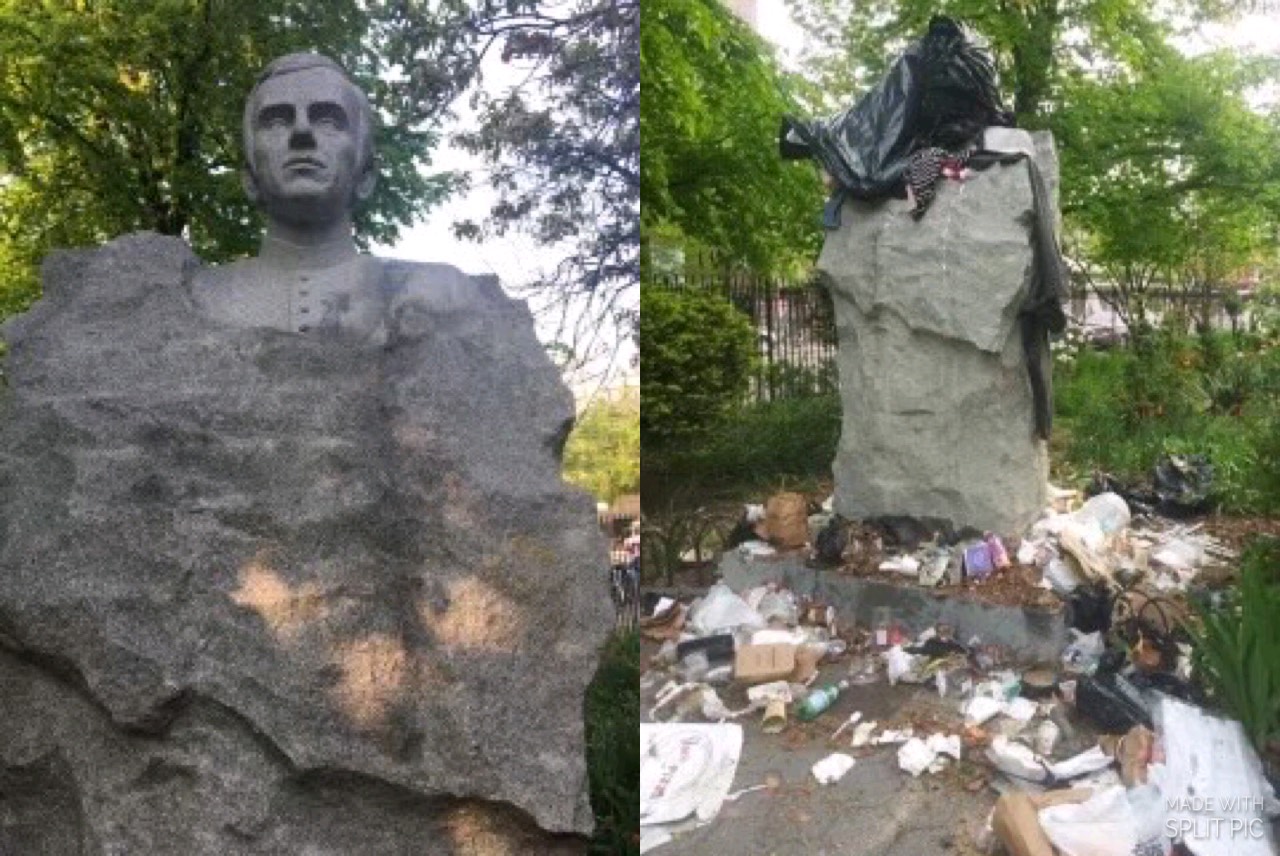 The last few years has seen a surge in historical statues being vandalized and torn down because of their supposed links to “white colonialism” and other assorted nonsense hashtags. The former spurious reasons were simple misdirections; but this attack is different. This attack clearly identifies the true nature of the attackers. And that the martyr that the statue represents comes from very recent history makes the identification of the enemy even more certain. There can be no more doubt, even though it should have been clear enough before.

All of the aspects of sabotage of the last six decades are tied to this root cause. Your mass immigration, your cherished feminism, your embrace of homosexuals and gay marriage, your multiculturalism, your no-fault divorce, your critical race theory, your free trade, your climate change, your renewable energy, your surge of democracy, your social media, your mandatory college degrees, and most of all your abandonment of Christianity entirely or your ready acceptance of feel-good Christ, all of it and all of the rest were simply tools in the arsenal of the Communist scum who seek our destruction.

There sure have been a lot of useful idiots.

But we still don’t know who is today’s Stalin; who is the orchestrator of this ongoing catastrophe. Perhaps it is simply Stalin himself, whose nefarious and brilliant schemes that were hatched so long ago are still resounding and playing out down through the decades. The only question is whether the defilers of the holy priest’s statue acted rashly or not. Either way, there now can be no doubt at all of just who our enemies are.