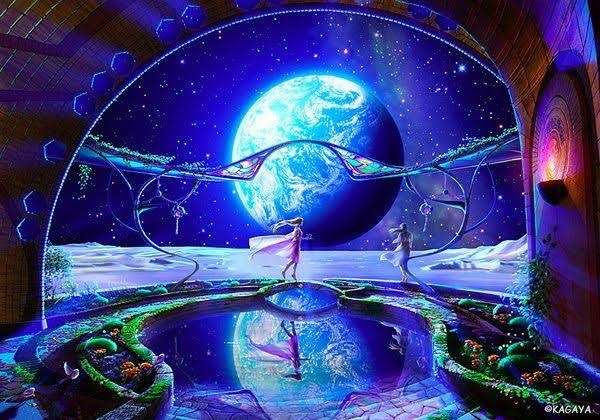 There was once a Solar System that had many different coloured planets. Today we will talk about the blue, the yellow and the pink planets.

The blue planet was inhabited by blue aliens who were hunter gatherers with stone age technology. The Blues were sparsely populated, and lived very harsh and short lives. Infant mortality was high and medicine was quite primitive. The Blues had evolved with a strong sense of ‘shame’ in order to create tribal conformity and reduce in-group conflict.

The yellow planet was inhabited by yellow aliens who developed a civilisation based on farming, food storage and distribution. The Yellows were densely populated and lived long lives. Infant mortality was low and medicine was quite advanced, as was science and technology. Yellows evolved to have a strong sense of ‘guilt’ in order to create tribal conformity and reduce in-group conflict.

The Yellows built a huge spaceship and flew to the blue planet where they set up their space age yellow civilisation over most of the planet. The blues were sad and angry to lose most of their hunting grounds and fought back. Eventually the blues accepted defeat and supplemented their hunting and gathering by working for the Yellows for food and iron axes. Every yellow and blue alien struggled to survive in those early days.

Eventually the civilisation that the Yellows built reached its peak. The living standards became the best in the Solar system and very few aliens went hungry. The Blues had strong families and tribes but were still living their harsh hunter gatherer lifestyle. Many of the Yellows felt guilty that although they had created the highest living standards in the Solar system the aliens they displaced still lived primitive, short lives.

The Yellows decided to extend their welfare state to include the Blues to try to improve their living standards and reduce their childhood mortality rate. Some Yellow heretics suggested that the welfare state will harm them even more and destroy family, tribe and culture. They said a better solution was to give them autonomy over their living space and hospitals, but instead those Yellows were slandered.

The more free stuff the Blues were given the more they lost respect for the Yellows. The more the Yellows tried to integrate the Blues into their society the more the Blues felt different and inferior and their hate for the Yellows increased. Again a few Yellow heretics suggested that they be given their own living space where they can preserve their race and culture. This time they were granted large areas of the planet but the deal was not reciprocal.

By now the Blues and Yellows had fraternised and many green aliens were born. The Greens were caught between 2 worlds. They liked to go out hunting and gathering but also liked to live with the yellows and be part of their civilisation.

Eventually the Greens realised that if they claimed to be Blue they would get all the free stuff that the Blues get while living with the Yellows. As the Greens became more and more yellow it became impossible to distinguish Greens from Yellows while they were claiming to be Blues.

Now, if you thought the situation could not get any crazier? Well it just did. ‘Blue’ became just a title that a yellow alien could legally claim if he was endorsed by a Green. Any Blue or Yellow alien who questioned the identity of the Yellow claiming to be Blue was slandered and prosecuted by Yellows who hated their own alien kind and would do anything to harm other Yellows.

A Yellow heretic suggested to a self hating Yellow anti-Yellow that he should take off his helmet in space if he hates himself so much. He replied very honestly, which surprised many normal Yellows by saying:

“No way! I’m a good Yellow and I want to live as long as possible to harm as many Yellow alien babies that I can before I die. I will use Blues as cannon fodder to attack my own kind.”

As you can see, the self hating Yellow anti-Yellows are sick and genocidal. The Blues began to notice this too.

As time progressed Yellow heretics said this is unfair. Blues and Greens can live in our cities and make our beautiful space age, clean, safe cities dirty and dangerous but we can’t live in their communities or we could be killed. This is like a one way arrangement. Where is the reciprocity? Again the Yellow heretics who said that were slandered. 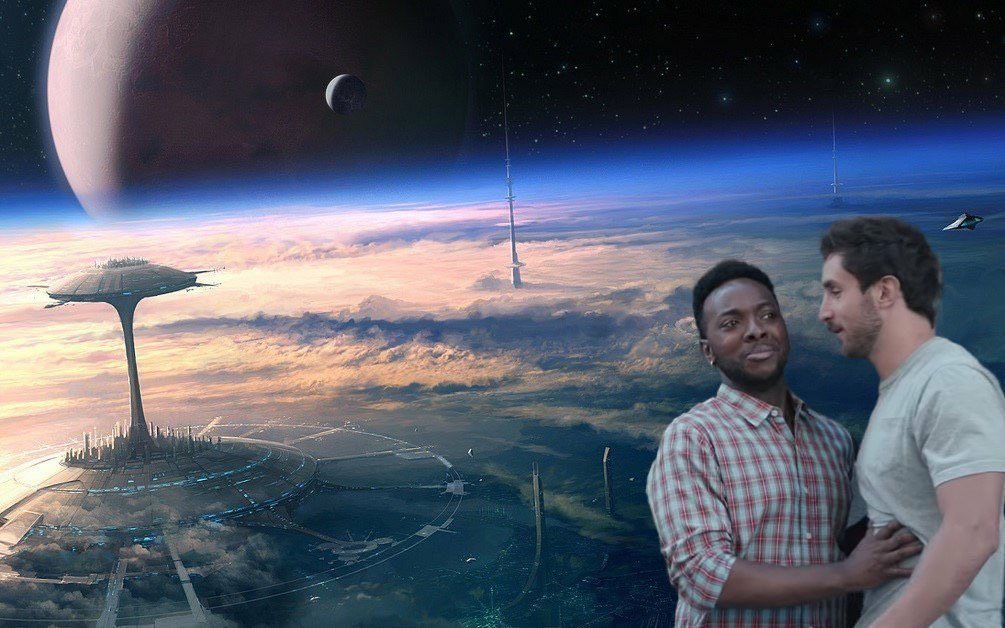 As the planets rotated year after year the Blues began to notice that the Greens were getting all their benefits from the Yellows by claiming to be Blues while the Blues were beginning to be outnumbered by the Greens and Yellows pretending to be ‘Blue’. Read that again.

The Blues made a startling discovery. They discovered that even from the very beginning the interests of the Greens were very different from their own interests. The Blues realised that the Greens often wanted to be part of the Yellow civilisation and never had any intention of preserving the race and culture of the Blues. The Blues discovered that the only aliens who had their best interest at heart were the Yellow heretics.

The Yellow leadership had been subverted by a pinkish yellow shape shifting kind of alien parasite that worked with all the variations of aliens to destroy both the Blues and Yellows.

The Blues realised that these pinky yellow parasitic aliens had claimed to be yellow to get on the spaceship in the first place and now on the new planet were trying to homogenise all the aliens so they could manipulate them easier, enslave them, rule over and sell more alcohol and junk to them. 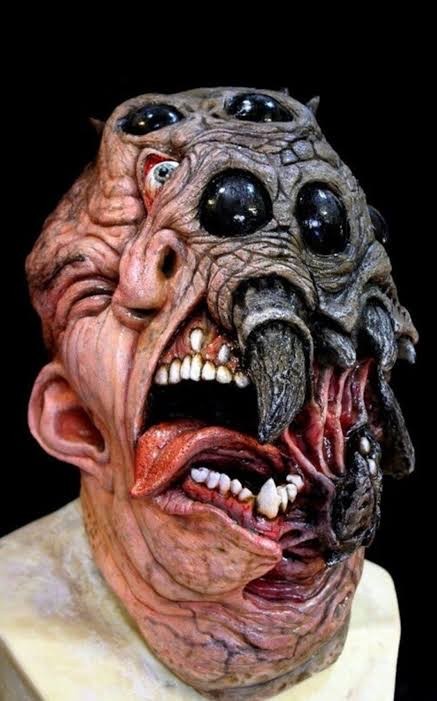 So the Blues teamed up with the good Yellow heretics and together they caught the pinky yellow aliens by the ears and sent them back to the pink planet that was teaming with pink aliens all parasiting off each other. Unfortunately the Pinks had been infected by space maggots that fell to the ground in a cosmic shower of shit thousands of years ago. The maggots crawled through an open worm hole from another dimension during a shift of the cosmic space time continuum alignment.

The space maggots fell to the ground then climbed up, attacking the brain stems of the Pinks and commandeered their bodies. Not all Pinks were infected but it was hard to tell them apart because they all had forked tongues scales, bad breath and all cried crocodile tears to guilt and parasite off their host victims.

Finally the Blue planet was free of subversive aliens and the Yellows gave the Greens and Blues autonomy over large homelands. Autonomous yellow states were created for the Yellows. Trade and cross cultural relations were reciprocal. Every Alien had a home and a homeland, and they all lived happily ever after.