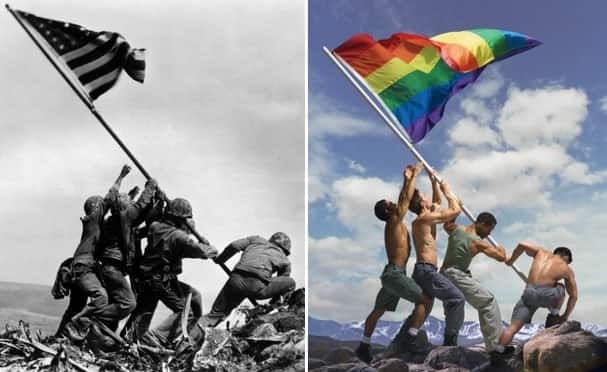 We live in times full of lying dodgy pricks. We could go high when they go low but, you know whoever thought of that was a lying American Democrat tart.

Tolerance and virtue are examples of words that have been hijacked and spat back at us like pips from a cherry but two can play at that game.

Firstly tolerance. Being tolerant does not mean being weak; a person who is tolerant in all circumstances is just a wimp. You are not tolerant if you have no balls, you are a eunuch.

You need to stop tolerating leftist bullshit. Did you bin your Gillette razors after seeing those man hating ads? I should effing well hope so.

Do you buy Nike? Do you use Google or Duck Duck Go? Do you subscribe to Netflix?

You don’t have to dump all those products, we could name plenty of others but you could certainly try alternatives. Dumping products where there are good alternatives should be easy, such as Nike, Gillette and the ABC.

Finding others to replace FB or YouTube may not be so easy, but maybe give some a try or just minimise your use of it. I would use the ABC to get fire warnings if I lived in the bush, but otherwise I wouldn’t piss on it if it was on fire.

Friends do not send screeds of shit to you about what they believe and why you are scum if you don’t agree with them, people who are selling something or are in cults do. Those people are messed up and you would avoid them outside the web so do the same on it.

And if they ask why they were defriended or can’t see your posts feel free to reply by saying you use social media as a way of keeping in touch with people, you don’t use it to receive material you didn’t ask for. They were not acting as your friend when they posted that shit, they were acting as egotistical virtue signallers, so they can’t scuttle behind the ‘but I am your friend’ story when you defriend them for treating you like a notice board. If they did it in your home to your face you would tell them to leave, so don’t accept a different standard online.

As a small side note, anyone that thinks they are entitled to bucket one of your friends for their views on your site/post because it doesn’t agree with their lefty bullshit views needs to be immediately dumped. You don’t go to someone’s place and start a fight, that’s what these pricks think they are entitled to do, stuff them.

I am almost out of time for Virtue, but lets have a go.

Virtue is hard. Virtue is doing the right thing because to do so keeps the universe in balance and society functioning. Virtue is not easy.

Telling your Indian workmate that you think Diwali is just fantastic is not virtuous, it’s just you being a suck. He doesn’t give a shit and probably thinks you are pathetic.

Virtue is getting up early, working hard, supporting your kids, helping out people that need it (and are grateful) and only shagging someone you’re married to.

For example, I am happy for people to believe in their religion, but I don’t have to think its great or fabulous, and I am perfectly entitled to think it’s awful. What I should not do is participate in false virtue signalling that is designed to make you follow what the leftists want.

Don’t add the ‘thanks to the elders’ BS onto the beginning of your speech. We are living in Australia, there are no other nations in existence and if I want I can respect my own elders. So unless you want me to thank my own elders and welcoming them to a nation established by the superiority of the Anglo-Celtic work ethic and technology, don’t ask me to participate in any exercises designed to exclude me from my country. It is not polite to say those words, it’s genocidal.

Try not to join in events designed to marginalise you or pretend there are issues there that don’t exist. Sure, attend a Diwali staff function and listen to a subcontinental talk about what it means, it’s their religion and you don’t have to care and if you don’t want to eat chapatis then don’t go. I have been to Diwali afternoon teas and all I can tell you is it is the festival of lights and Hindus visit each other and eat a lot. I don’t really give a toss to be frank and I don’t think they expect me to either. The chapatis are tasty too.

But DON’T participate in events that actively undermine good society.

There is no LGBTIQ bullying . With the exception of a few of those letters most of the stuff that sits in that crazy acronym does not exist, and as for the ones that do I have never met a bullied lesbian in my life, and I have met a few.

Aboriginals are not a separate nation, you do not live on their land, it’s yours. Own it and be proud that you own it. Always was, Always is YOUR land. Because you paid for it.

Sexual dysmorphia is not normal or healthy, its a highly rare mental and probably physical condition and it’s a nightmare for anyone that has it. You don’t celebrate transgenderism in the same way as you don’t celebrate penile cancer. If someone has it then bad luck and change the conversation, I don’t need to know.

Its virtuous to hold to your values. Societies that do not hold to strict values are shitholes of depravity, violence and perversion.

Lying leftists and other collectivist spongers destroy it. You may not be able to stop them single handed but don’t let them hand you the pickaxe and chop at the foundations. Being a person of virtue will not solve our current condition but it’s a start, and it will give others heart.