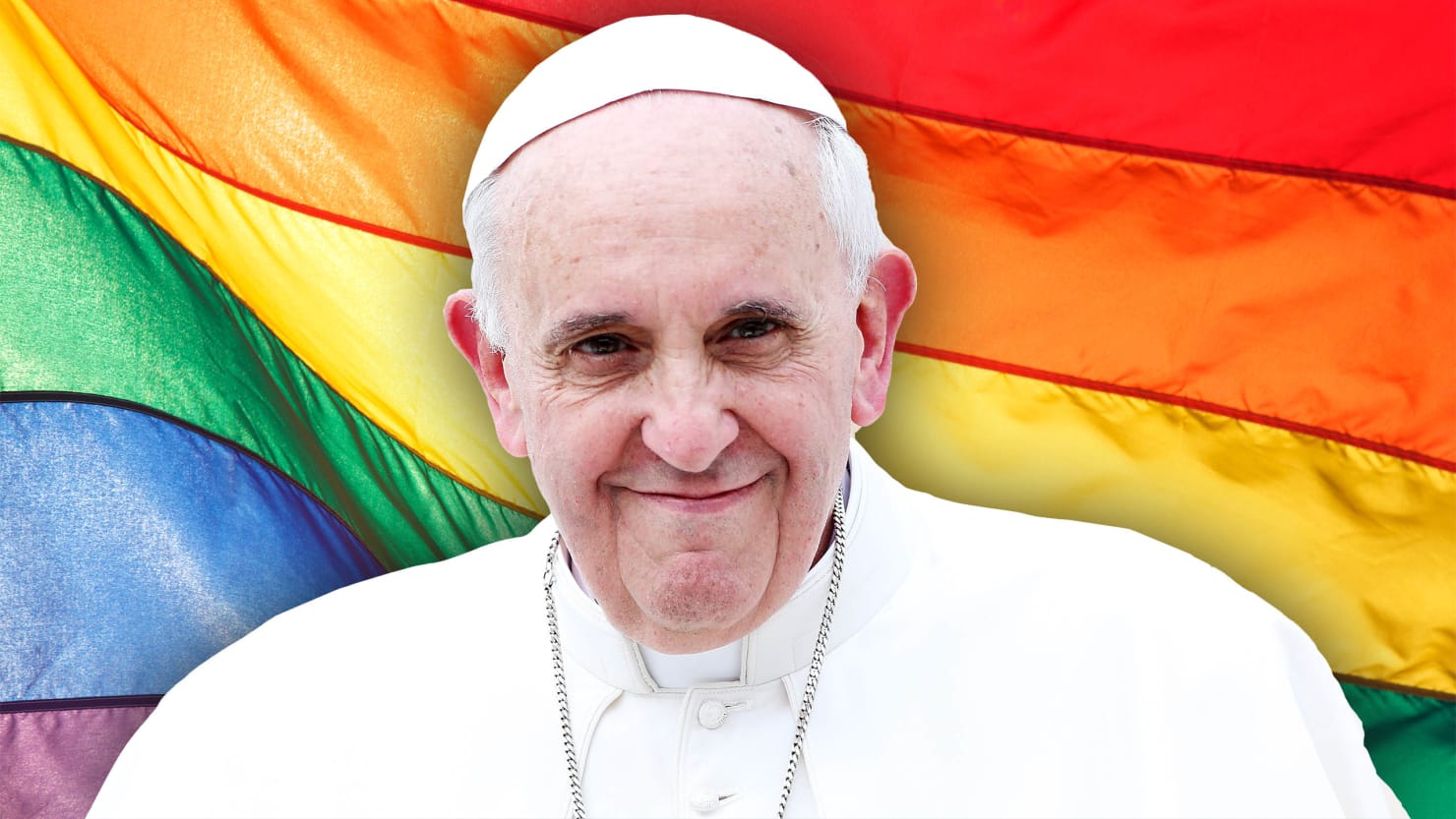 Gay couples deserve legal protections for their relationships, Pope Francis said in a new documentary. Also in the film, which premiered in Rome on Oct. 21, less than two weeks before the U.S. presidential election, the pope condemns the Trump administration’s child separation policy at the U.S.-Mexico border, which he calls “cruelty of the highest form.”

The filmmaker, Evgeny Afineevsky, asked Pope Francis during an interview for the documentary about the place of L.G.B.T. Catholics in the church. Francis reemphasized his belief that L.G.B.T. people should be made to feel welcome in the church.

“Homosexuals have a right to be a part of the family,” the pope said. “They’re children of God and have a right to a family. Nobody should be thrown out or be made miserable because of it.”

So sodomite lover francis thinks that homos have a right to a family. One presumes that his use of the word family instead of something like relationship or union implies that the pope reckons that the homos should have access to little children as well.

Pope Francis has urged Catholics to focus on the humanity of L.G.B.T. people. Juan Carlos Cruz, a survivor of clergy sexual abuse who clashed with church leaders over the pope’s handling of sexual abuse in Chile, has developed a friendship with Francis. In the documentary, Mr. Cruz says he has discussed his sexuality with the pope, who told him, “God made you gay. God loves you like you are and you have to love yourself.”

This is pretty bad, quite vile and almost certainly heretical. To say that God made someone gay is to declare that God purposely set someone up for sin which they would be unable to escape. To then declare that God loves you as an unrepentant sinner that glorifies and identifies with your sin casts the entire Christian religion into the dustbin.

The old throwaway line to a question with an answer obviously in the affirmative was to ask whether the pope was a Catholic. Today that is no longer accurate as the pope is most obviously not a Catholic but an imposter intent on destroying as much as he can before he departs this world into the wretched arms of his master.