James Higham is upbeat because one of Trump’s ‘good guys’ had a win yesterday in Florida’s 21st Congressional District. The kicker? Well, she’s not a guy. Or at least, she doesn’t identify as one at this stage.

doing her best folded arm pose to look like a man …

You people need to get it into your thick heads; not only are women not our saviors, no matter what their politics are, but they are the reason that we are in this mess to begin with. I have written about this time and time and time again.

Any serious contenders on the Right side of politics in Australia would do well to make a point of not having any female politicians in their ranks. An announcement of the sort that a party not only does not have any female candidates but that they actively make sure that it is a male only domain would generate all sorts of negative publicity in Australia. The media would go barking mad. But any publicity is good publicity as far as politics is concerned, and since voting in Australia is compulsory, (an abomination in of itself), then a party courageous enough to say no more to the forced incursion of women into politics would do very well indeed with the silent majority.

And a new party is where the battle will have to be fought. The Liberals are lost because they made the mistake of letting in women in the first place. It’s time to found new right wing parties in Australia and their first rule must be that it is a boys club. In other words, no girls allowed.

Instead of repeating, again, the same arguments that I have already made so many times, let me instead provide you all with an illustrative example of why letting in the chicks is itself the problem. Poland has just recently held a national election where the anti-gay right wing leader Andrzej Duda just scraped in with a hard won victory. That was in early July. A few weeks later the following photos were taken in the Polish parliament. They show Polish politicians who support the homosexual agenda. 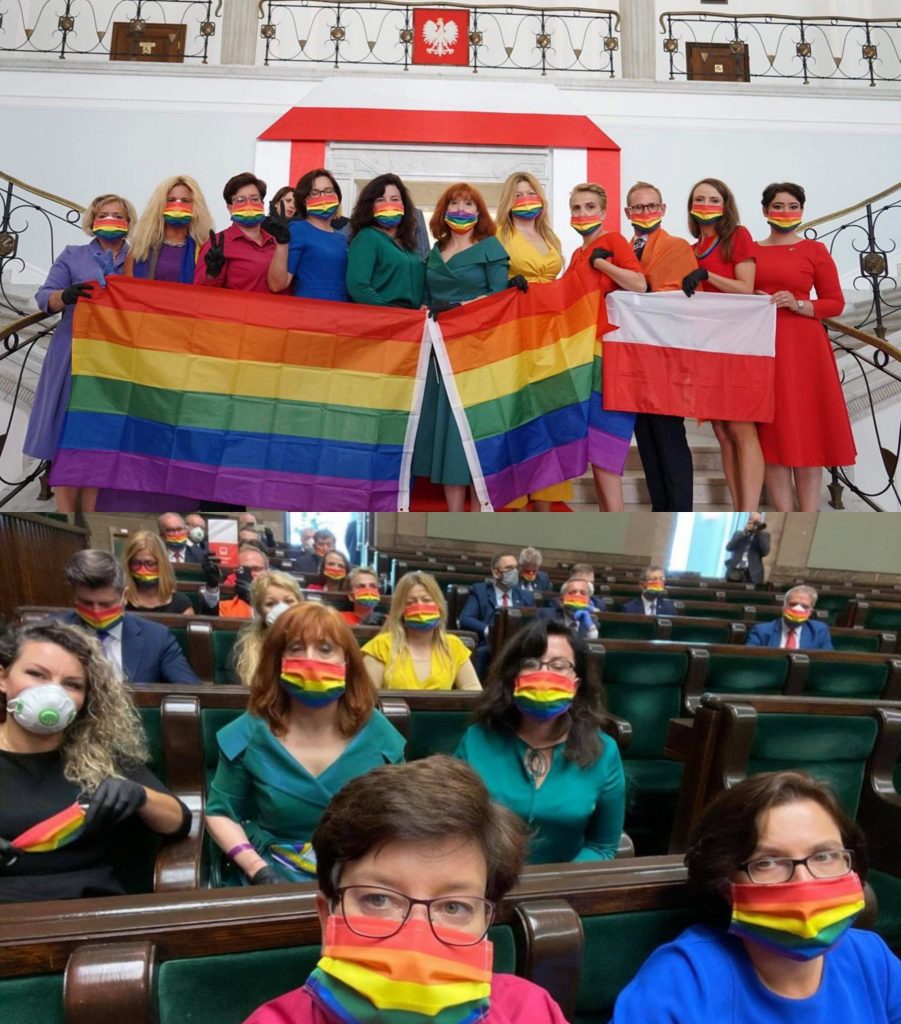 Not many blokes there. It’s dominated by the wymens. By those intent on governing by the nebulous and ever shifting criteria of feelings, emotion and what feels good in the moment.

In the comments over at James’ blog I voiced my sincere lack of enthusiasm to the news of the latest “you go grrrl” right wing wonder bra to enter politics on our behalf. James replied thusly:

This one’s politics are sound, she agrees with you about that but being a woman, what can she do? Tranny herself? These are not good times.

What can she do? She can get back in the kitchen and start making babies where she belongs. She can shut her gob and get out of the way so that the men can sort things out. Because women are always on Team Woman first and everything else second. That is every single woman in existence. There are no exceptions. You don’t get out of a dumpster fire by covering yourself in yet more gasoline.

Until we learn this, until we accept this and until we ourselves step up to the plate, we will continue to enjoy these not good times.