If you’re wondering why support for a trillion dollar extortion industry based upon bogus Allied forces atrocity propaganda is increasingly being considered on par with child rape and animal torture than allow me to provide you a small summary.

Firstly, international organised Jewry have had to make so many logistical revisions pertaining to the official story of a supposed 6 million Jews getting slaughtered that it could be compared to the editorial changes made to the Book of Mormon since 1830.

Secondly out of the few forensic reports that have been carried out on the alleged “gas chambers” such as The Leuchter Report produced by execution equipment specialist Fred A. Leuchter Jnr, The Rudolf Report carried out by expert chemist Germar Rudolf, as well as an official report put together by the Institute of Forensic Research in Krakow, Poland have all come to comparable conclusions that suggest the alleged gas chambers were about as genuine as Bernie Madoff’s investment strategies.

And as none of the bodies which were found in the typhoid rich camps were even forensically examined for being killed with alleged hydrogen cyanide gas, you might say the story is starting to lack congruity.

Thirdly the misleading math which goes into substantiating the claim made by international organised Jewry that 52 Coke-Fired Cremation Ovens supposedly processed 6,000 Jews every 24 hours doesn’t register with reality. Particularly given the time it takes to remove fluids and blood from bodies in preparation for cremation, process set bones with an unspecified amount of cremulators and account for the added allegations made that Jews were mass buried and then subsequently exhumed in the space of a maximum 4 year period whilst surrounded on all four sides.

There’s also the issue of the wear and tear of the Coke-Fired Cremation Ovens which structurally the fireproof brick lifespan was only capable of processing 3,000 cremations in normal settings. In the conditions pertaining to what is alleged at the concentration camps where there was a lesser mass of this fireproof material which was of lower quality, where there was a much greater rate of crematorium use and the issue that it was being operated by untrained personnel, it’s enraging that the law systematically crushes anyone raising questions about these inconsistencies.

The Holocaust industry essentially gives a gang of Zionist plutocrats, hoodlums, and hucksters the unfettered ability to exploit gentiles for so called “restitution” payments by inducing a guilt complex that is foundationally fallacious, hence why they set out to suppress and destroy anyone who communicates truth against their Empire of lies. 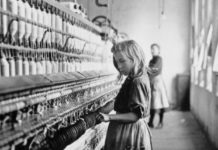 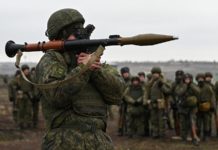 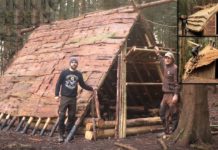