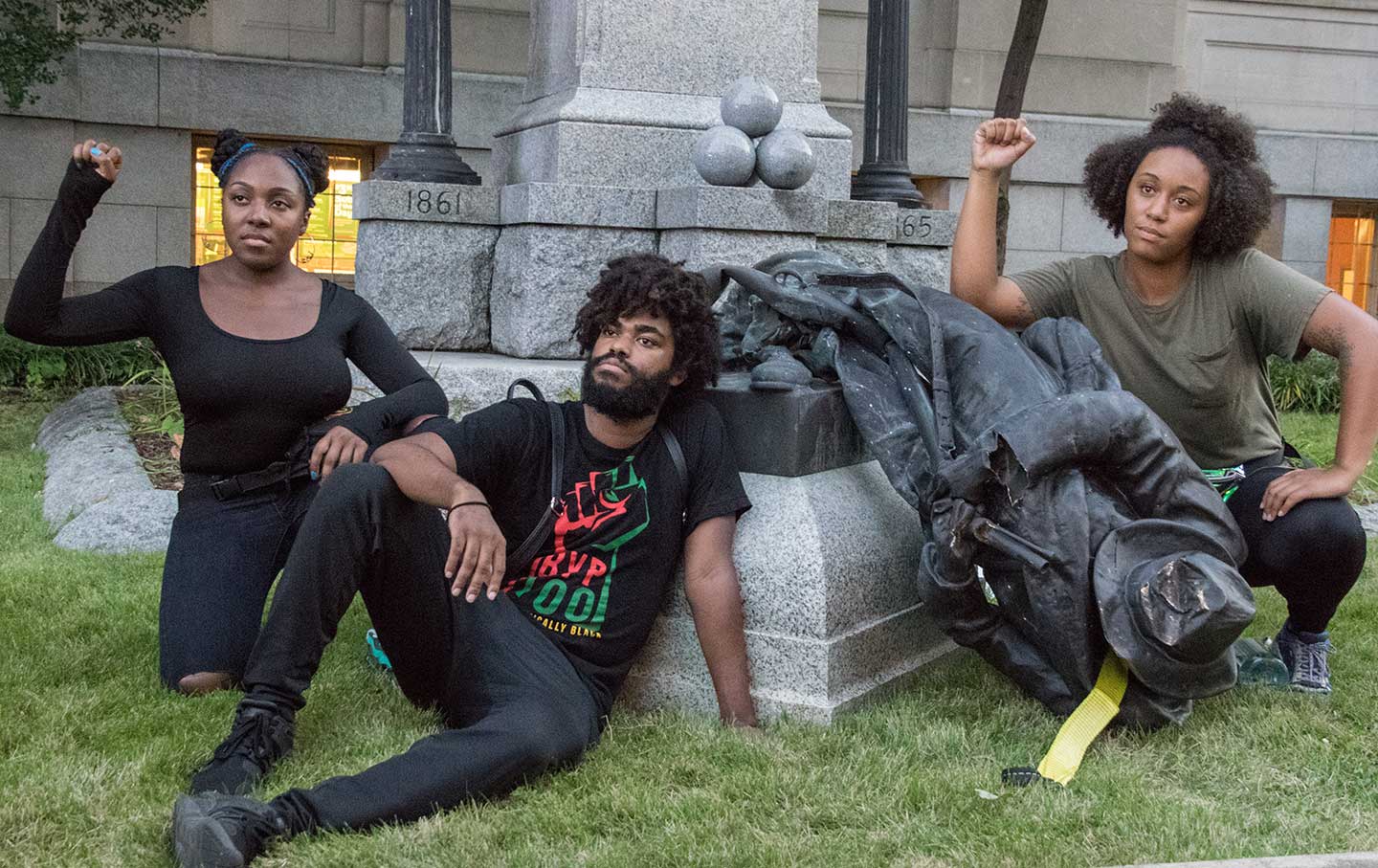 Do you remember when Dylann Roof murdered nine black parishioners during a Bible study class back in 2015?

Do you remember that he had photos of himself with the Rhodesian and Confederate flag?

Do you remember that the Left used that as an excuse to remove Confederate flags and monuments from public display?

How did they do that?

The secret is that they had planned it all along, they know the chaos that they have created. They knew that it was inevitable that an event would occur that would create anger. They didn’t know what that would be exactly, but that wasn’t important. What was important was that they be prepared for that moment. The moment when people’s emotions take over, when their anger is seeking an outlet, and they provided that outlet. Don’t get sad, do something so that this can never happen again.

But of course a flag didn’t murder nine people, a man did. So they use these murders to attack symbols. Symbols that they hate, that they already hated. They know what they hate and they put the effort into making sure that when something or someone they hate can be attacked that they are attacked. They coordinate, they organise, they campaign, they build networks, they attack on every level. Intellectually, emotionally and physically. They try, but don’t always succeed, in focusing on one target at a time. And whatever they win they claim, whether it is 1%, 25% or 100% of what they claimed they wanted. Finally they always claim total victory and at one and the same time say “there is so much more to be done!”.

The 2020 riots are not about George Floyd, certainly that was the trigger, but just like in 2015 it was already planned. Now they didn’t know what the issue would be, but they knew that an issue was inevitable. Because that’s the way the world turns, there are always new issues. You will notice that the riots are happening in Democratic states and in Democratic cities. Which leaves these Governors and Mayors with quite a dilemma. Should they crack down on their own voters?

Now many people will say that these riots also have a racial component and even that the racial component is the dominant one. Which is both true and false. The black population is reacting emotionally, not intellectually. The Left is the one that has put in the hard work behind the scenes. It is they that have done the coordinating, the organising, the campaigning and the building of networks. The Left is overwhelmingly White and Jewish. It is they who concentrate on “the other”, it is they who highlight and antagonise their grievances. They use these people as weapons against us, just as they use other groups. We should never lose sight of that fact.

The Right needs to get as good as the Left, we need to coordinate, to organise, to campaign and to network. We should know that the next Leftist campaign is already being planned, it should never be a shock to us. Whenever people are emotional or angry we should expect the Left to exploit that, and they can because they have put in the effort beforehand. Why can’t we do that?

While always remembering to not put purity before victory, if we get 1% or 25% or 100% of what we want then we should always claim it. We should also claim total victory and we should always follow that up with “but there is still so much more to be done!”

It works and we can see not only that it works but how it works. It’s about time we started making it work for us.