Back in 1996 the Australian Federal Government decided that there would be a compulsory gun buyback program. Gun laws were also made much stricter. The gun lobby argued that when owning a gun is a crime then only criminals would have guns. The Government said that the community had nothing to fear as the Police would have guns and they would protect us.

In 2019 in the state of Victoria there were 52 shooting, 14 of them fatal. In a state were the vast majority of people do not own or have access to a gun in any way shape or form. So who’s doing the shooting and why isn’t getting shot more fatal?

The answer is drug dealers shooting other drug dealers when deals go wrong. They deliberately shoot to wound in most cases. Most of the fatal shootings are deliberate murder, not incidental.

However Australia is an island continent, so you have to wonder how they are getting the guns, and how is it that the government can’t do more to stop them.  More questions than answers it seems.

“More than 14 hardened criminals are being found in possession of firearms each week as the state grapples with a rising gun culture that has led to twice as many Victorians shot dead in 2019.”

So not only has banning guns not ended gun crime but it has also meant that the police have become more militarized. In December 2019 Victoria Police bought 300 rifles and will train 700 police to use them. If disarming the population has been so successful then why do they need rifles?

Then again, why do they need body armour? 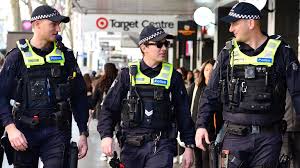 Or camouflage or to hide their faces? 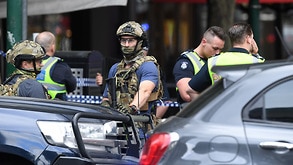 My guess is that the multicultural paradise isn’t quite working.

Uniforms get darker and more threatening in colour and tone. Body armour for even the most mundane of tasks outside of the station. Low slung guns as if they are in a Western movie. RoboCop was not a training movie.

Originally published at Upon Hope.  You will find Mark’s Subscribestar here.