The county court upheld the conviction against Blair Cottrell for cutting up a piece of paper and the lying traitors in the mainstream media could not be happier.

Here is one picture to sum up their dishonest glee, highlight the sorry state of the parasite media, and show exactly why nobody trusts them anymore: 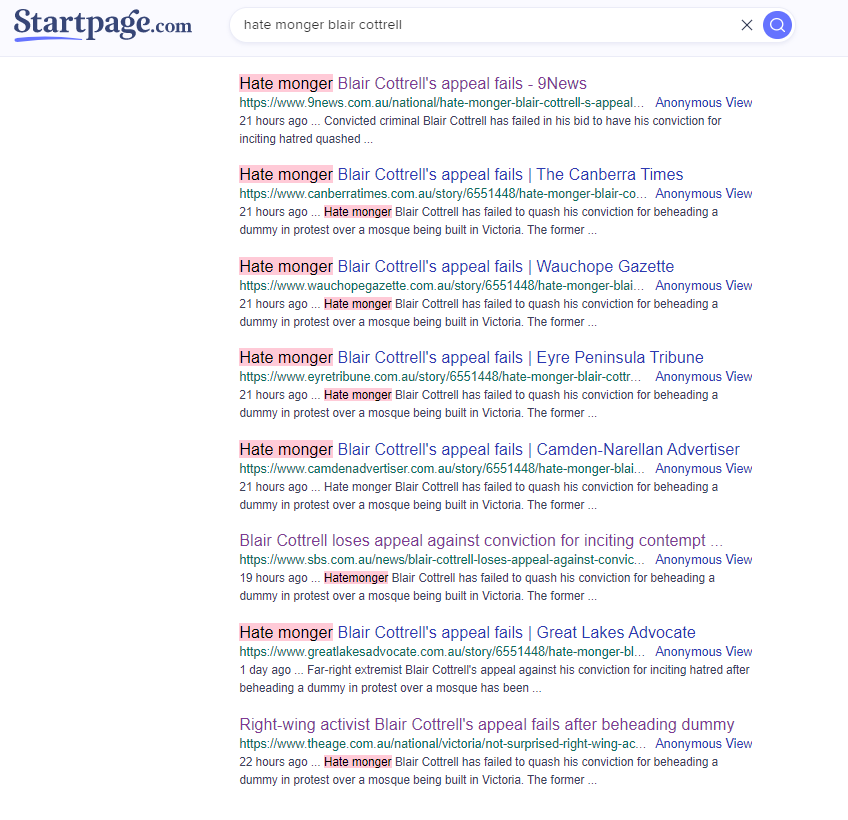 That’s right, a tradesman from Frankston who cut up a piece of paper is not a victim of state oppression, slander, and racial vilification himself, he is a “hate monger” because feelings.

The role of the media is to hold power accountable, but not long ago the media decided it was much more profitable to ally with power and oppress middle Australia.

They are all traitors, just like every single member of the parasitic establishment; they are actively working against the Australian people to advance our own destruction, enslavement and eventual genocide.

They are slander merchants, peddling in lies and treason against us for their own egos and a soon-to-be non-existent profit.

I need to keep this article brief because I’m planning a video presentation but I’ll just leave it with the wise words of John Harrington and new XYZ contributor Marc Moncrief: