The most important rule in any philosophical debate is very simple: if you cannot argue both sides, you cannot argue either. Another way to put it is if you do not understand what you are trying to debunk, there is absolutely no chance, save divine intervention or blind luck, that you have a chance at success.

We get a perfect illustration of this rule in a recent article on XYZ entitled “Propertarianism Won’t Save You” by a guest author Mike Rusade. He makes a number of wild claims, and if we were to go through them one point at a time, to highlight every error of logic, this response would end up a novel.

All we really need to focus on, in order to highlight how far short of a strong case it falls, are the main gaping logical flaws. So let us get to it:

“The name Curt Doolittle has a few interesting properties. Firstly, nobody’s heard of it, and secondly, it’s so very close to being an apt description of the man who owns it: The first part is almost an unprintable curse word, and the second part almost says “do nothing”. Because Curt Doolittle, primary author of the Propertarian thought-experiment currently doing the rounds amongst nationalists and the broader dissident right, has done precisely that – nothing. “Do little” is an either overstatement of his accomplishments or a description of his life philosophy.” 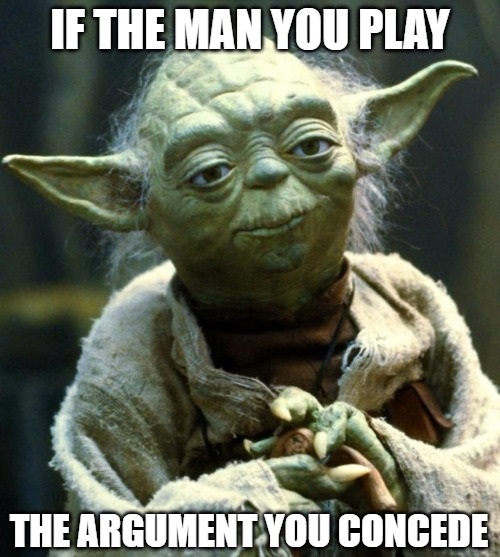 Here’s the thing, if you want to make childish personal attacks that’s all well and good, so long as they are both funny, and tie in to a wider logical point. In this instance, the personal attack is literally the very first paragraph.

Before anything else, Mark has gone straight to the man and belittles a literal self-made millionaire as a “do nothing.”

OK champion, what have you done lately? If he is a “do nothing” what does that make you?

Either way, there is no point getting into personal slinging matches, but the fact that this is the first paragraph tells us exactly what we need to know. He then spends a paragraph dismissing Propertarianism as worthless, before stating:

“The primary element that summarises propertarianism’s weakness is this: Ideologies do not motivate men.” 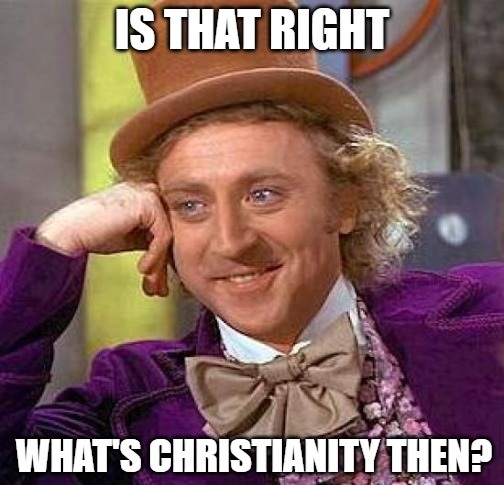 There are two major issues with this statement.

First, this might be worth more than an eye roll if the entire premise of his final argument was not “Propertarianism sucks Christianity is better.”

Here is the definition of “ideology”: 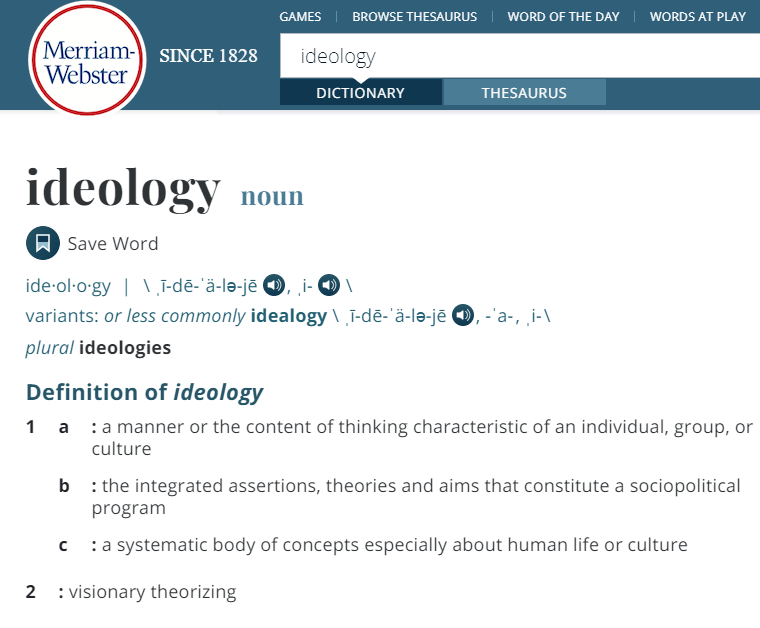 Hate to break it to you mate, but that includes all religions, even Christianity.

Secondly, and most importantly: Propertarianism is primarily NOT an ideology!

Anyone who actually understood it, and had done genuine research into this idea, would know this. Sure, it has elements of “ideology” in its conclusions, but these are superfluous to what Propertarianism is at its core: a system of grammar designed to find and understand natural law, the law of reciprocity. 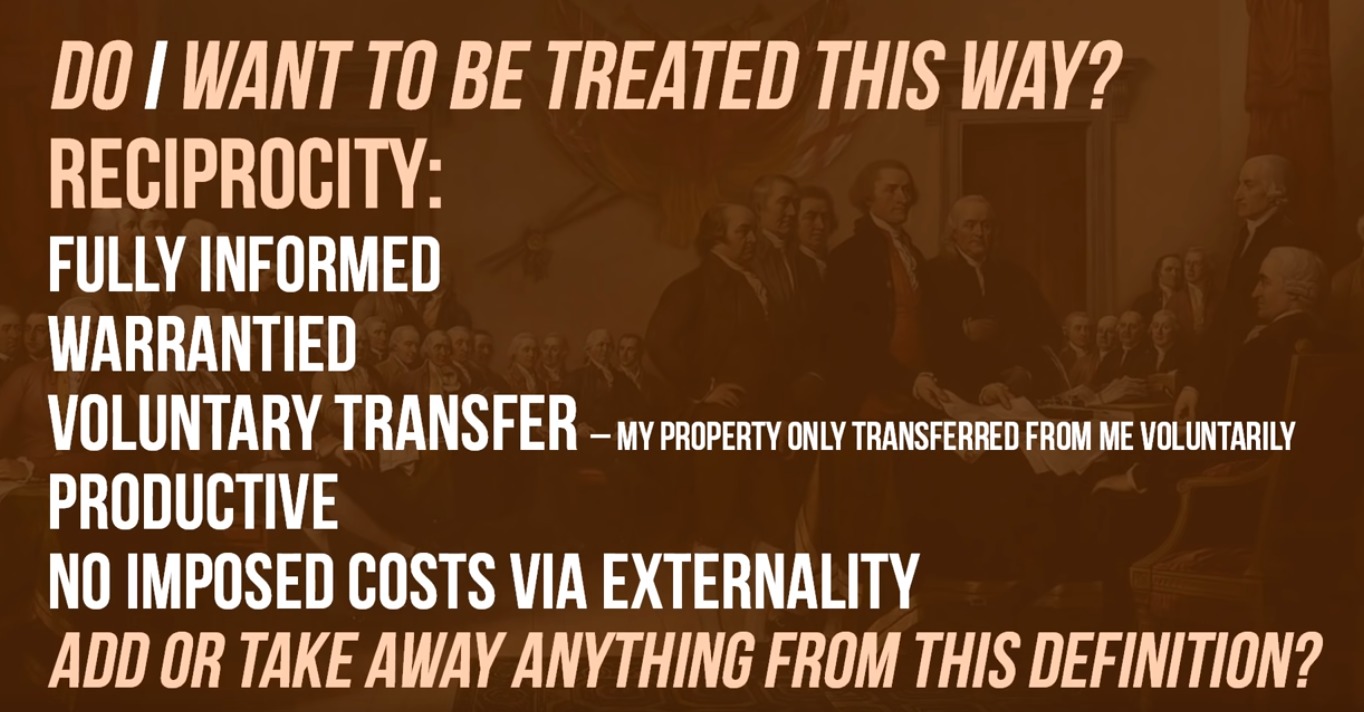 Does anyone deny the power of gravity simply because Newton developed his own way of understanding it and finding out laws of nature? No, that would be idiotic, all that matters is whether Newton was right and that calculus does what it claims to do; and to this point, for the most part, we have no reason or evidence to conclude otherwise.

For Propertarianism and Calculus alike.

“It’s often said that it’s easy to criticise, and hard to offer a viable alternative. Luckily, we don’t need to come up with something original, because the Son of God (or even just a very smart man if you doubt his authenticity) laid out two great rules to run your life by:Love God with all your mind, soul, and strength.Love your neighbour as you love yourself.” 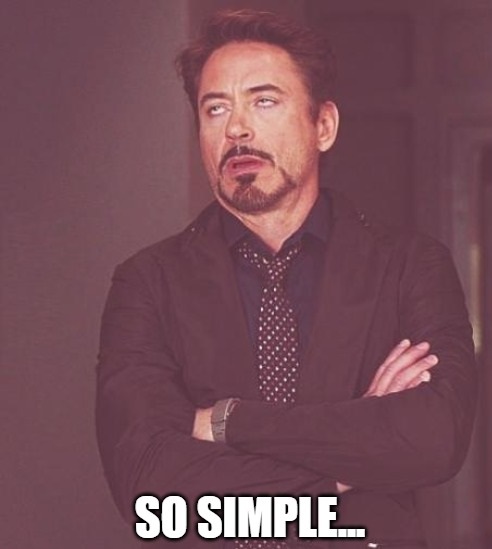 OK, that is fantastic and not a bad rule to live your life, now construct this into rule-of-law so that we can protect our property, create commons, and defend our people.

Let us all know when you are finished. 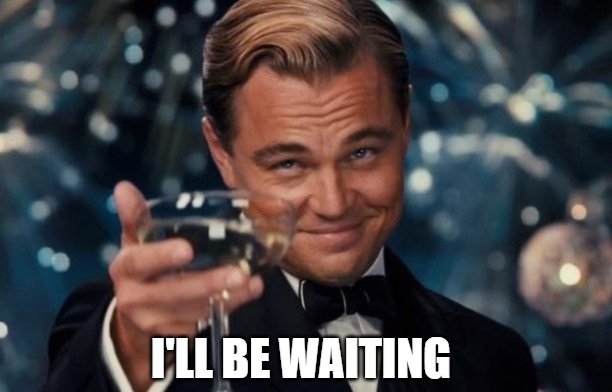 Mark even asks, “What more needs to be added?”

Yeah, what else could we possible add to that? 1,000 years of English common law? Meh. 5,000 years of civilisation building and human domestication? Pfft! Who needs it! Two principles are all we need, and we will conquer the universe lads!

We then see where his real issue with Propertarianism lies:

“The more glaring issue in Doolittle’s ideology, which he sums up in his tweet, is that Christians are cowards who wait for someone else to do all the work, then show up and claim part of the victory.” 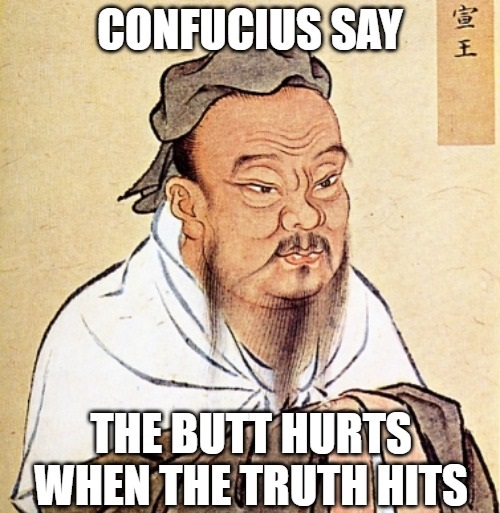 I am a Christian, as devout as possible given my autistic inclination towards hard and blind logical reasoning, and I can fully accept that this assessment of Christians is entirely correct.

For the most part Christians in the current year are cowards, sitting around waiting for something to happen, accepting all manner of crimes against us. We forgive sins and wickedness without the required repentance at the feet of God. We make women our equals in politics, when they need only act as moral council in our homes. We allow the literal theft of our lands by foreign invaders and say things like, “Well, at least they are Christians so it’s all good!”

Mark invokes Charles Martel, who turned back the Islamic hordes, but the chance of Christians standing up and doing this today, in Christ’s name, is damn near zero. Saying “yeah but Christians were courageous in the past” does not change the fact that 90% of Christians today are cowards and cucks.

Besides, Doolittle is clear that natural law finds Christianity (a Christian Monarchy) is the best way to organise society. You would know this if you had actually done the required research.

We then get to another piece of gold:

“His system will never cover all the loopholes, because pretty much every ideological system has at some point made that same claim and come up short.” 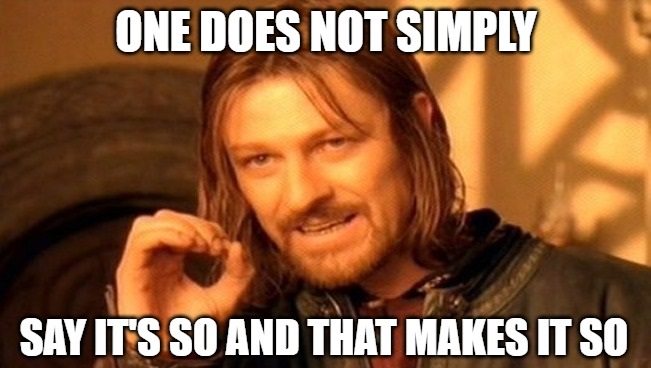 Where? What “loopholes”? If you are going to claim there are “loopholes” you should at least present one!

“If a propertarian state is ever established, which at this point is highly unlikely, someone will come along in 200 years, question some of the language, and find a way to subvert it.” 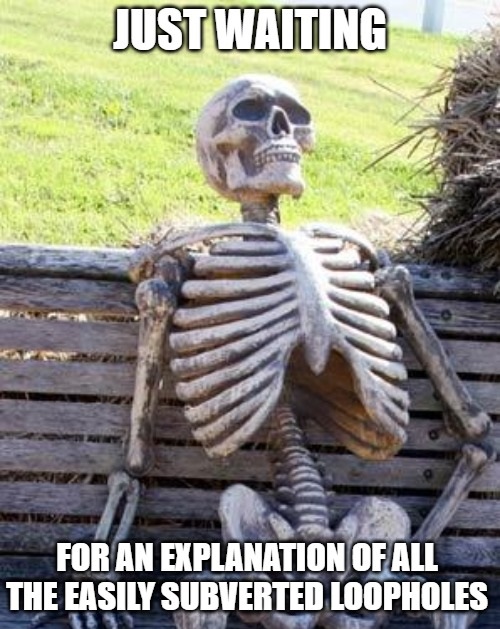 OK, so instead of being a Negative Nancy, why do you not help us all out and explain exactly how someone will subvert a Propertarian legal system. Please do not say something like, as someone literally argued to me once, “the Jews are expert subverters, they will find a way!”

Jews are not God’s Chosen, let alone God himself, and if you cannot explain, exactly how anyone could subvert it, then you cannot claim it is possible.

Go and learn the language, understand the conclusions, read the constitution, and, using evidence and sound logical reasoning, explain how this could happen. Do not just make the claim then run off and declare victory, actually prove it with evidence, please.

Sure, all systems require eternal vigilance but nobody has ever said a Propertarian legal system was “set and forget,” and vigilance is, in fact, mandated in the almost complete constitution.

This is not a 666 system, nor has anyone ever claimed otherwise; Propertarianism fully accepts the fact that there is a “remainder” error in all systems that only nature, aka God, can account for.

Finally, the part that made me laugh the most:

“If propertarianism is really about defending natural law, then just state natural law.” 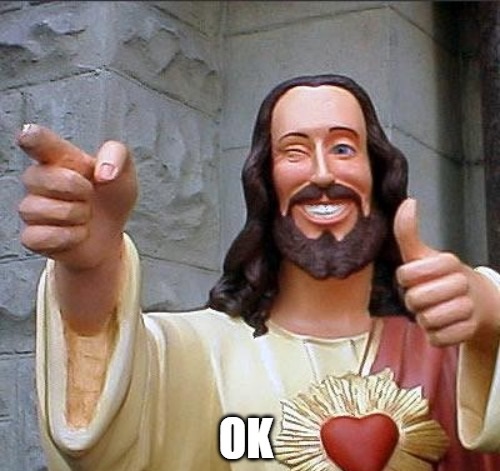 It finds, and articulates natural law, that is the natural law of cooperation, the law required for the optimal productivity and creation of commons (like high trust); otherwise known as the law of reciprocity (see above).

Propertarianism does not tell you what to do; it only tells you what you cannot do!

You just cannot lie, cannot cheat, and cannot steal; you cannot violate reciprocity, thus parasite on property-in-toto: that is all “demonstrated interests.”

(That which we have invested in, and are willing to defend and by extension capable of defending, but this is another discussion).

This includes societal trust, ethnic homogeneity, the time it takes to get to work, any common property, and all things we would traditionally call our individual property.

Unfortunately for Mark, that means his article is, in fact, illegal under a Propertarian system: 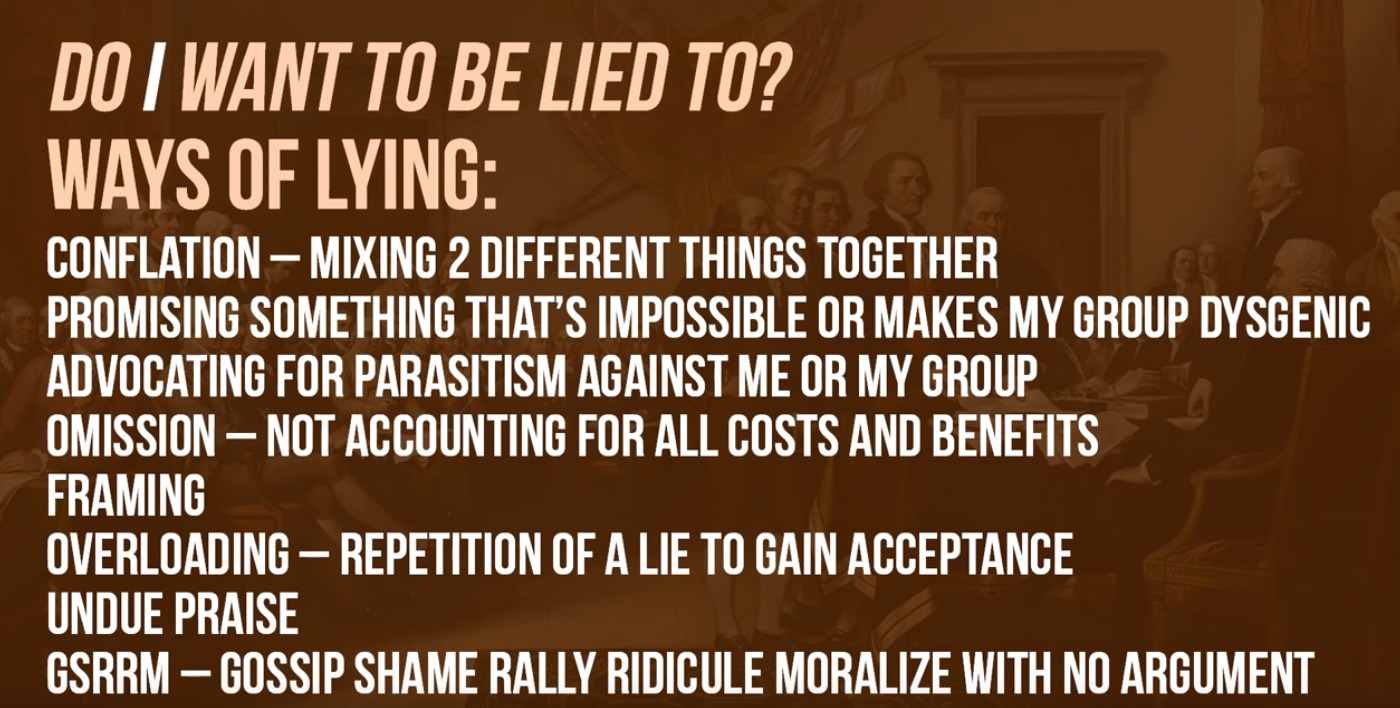 It is full of GSRRM, false promise, and lies by omission; thus, Propertarianism finds it is a violation of reciprocity.

Remember, Proverbs 16:18: “Pride goeth before destruction and an haughty spirit before a fall.”

If someone can explain exactly how Propertarianism fails, whilst also showing a keen understanding of the language itself, then we will all gladly listen.

If all you have is “zomg, it’s ghey and Doolittle is a f*g,” do not be surprised when find your pride hits you flat square in the face. 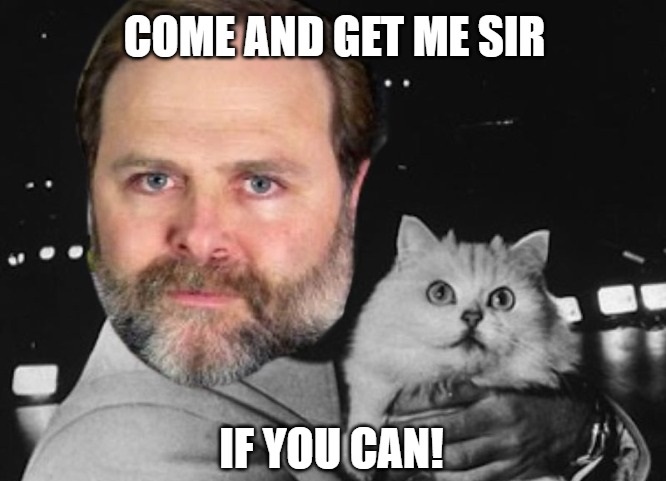 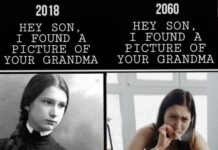