If you have a look at the top of my home page you will see a little button that you can click that will take you to my personal beliefs and opinions. I know, I know; a white heterosexual Christian male having opinions is most very bad and racist, but I have them anyway and you’ll have to take them from my cold dead hands.

Anyhoo, one of my opinions is on the subject of giving women the vote. Here is what I have to say on the matter:

“A mistake as women vote with emotion as compared to logic. The growth of the welfare state originated from when women were given the vote.”

I know, I know; what a really bad and evil and horrible person I am. I bet most prog leftists wouldn’t want to even be in the same space as me or breathe the same air. Well, bad luck, snowflakes; I’m in your elevator breathing your air.

Continue further for the latest example of why women should not have the vote. 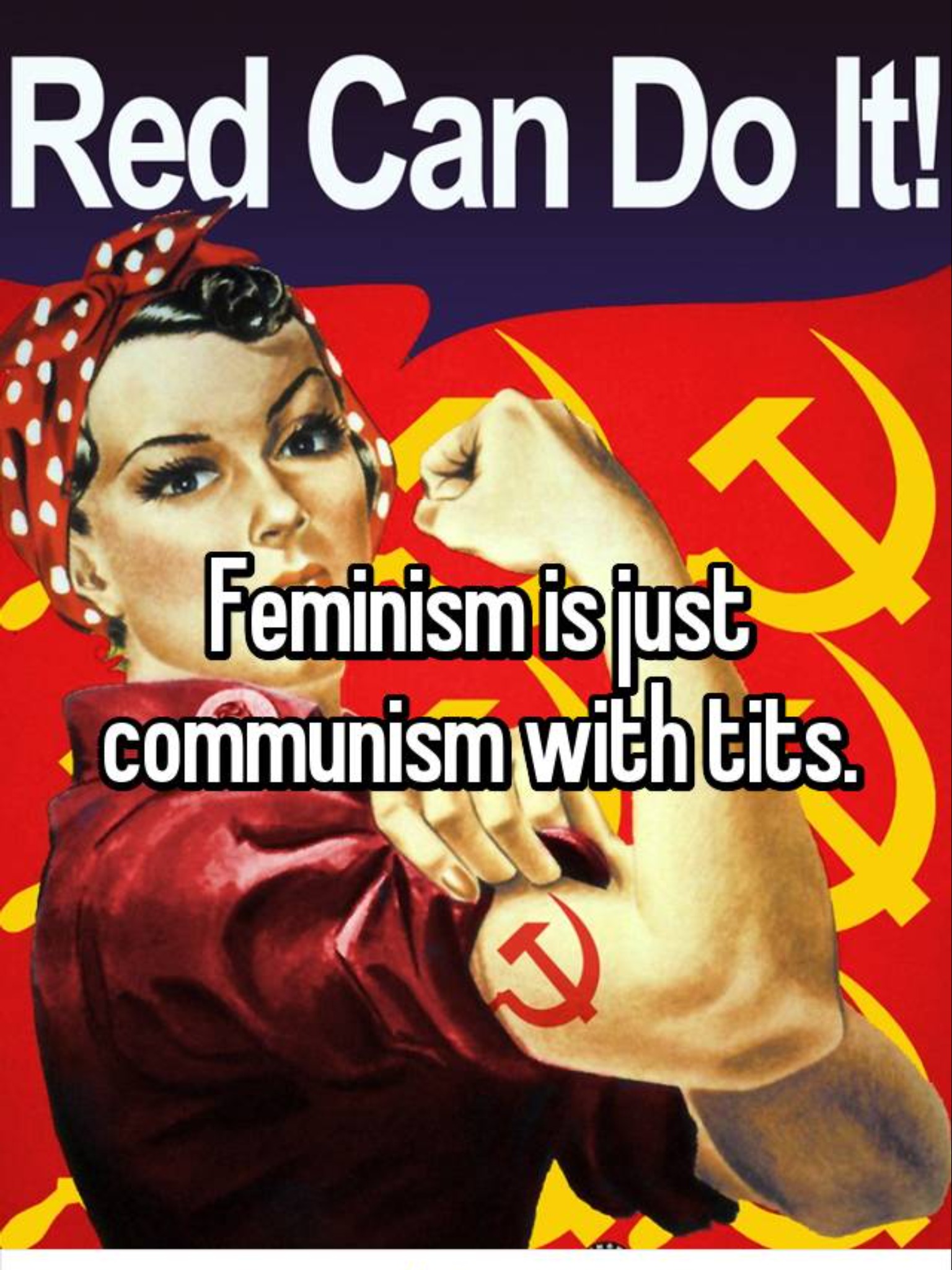 Over at Catallaxy Files, Steve Kates points out some articles that argue that modern women from Western countries seem to be very predisposed to socialism. American women from the ages of 18-54 would prefer living in a socialist country as opposed to living in a capitalist country. This is while it’s pretty standard news that Venezuelans are starving and resorting to scrabbling in rubbish dumps for something to eat. You remember them; those people who got socialism good and hard.

On top of that the USA has pockets of semi-socialism where state lawmakers have collectively lost their minds, places like California and Washington State. So you can walk the streets of cities such as San Francisco and Seattle and get to see homeless people in large camps taking a dump on the streets and generally living like people in socialist countries.

And yet even with all of these real life examples the chicks still have the full on tingles for big daddy in the government to take care of them. Every single time.

Here is the really horrifying part.

But what is of particular interest is the list of attributes being sought in the socialist system these women are seeking to have introduced, in descending order of approval, from 76% for the first through to 52% for the tenth.

Take a good look at that list. Breathe it in, like say you were in an elevator with yours truly, (you’d get the hint of a nice cologne, just sayin’.)

The one that really stood out for me was number 3. A living wage would be the ruin of men everywhere. Men live to work, to produce, to toil, to create, to conquer, and all designed to attract a woman with whom to make the babies. Which means that a living wage would also destroy the family because no woman can be attracted to and have the babies with a man who sits around and does nothing on the living wage.

The living wage would actually be the unliving wage, or perhaps the undead wage. No purpose to your life, no reason to get out of bed, no hope of a better life, no way to improve your circumstances, no way to make a man of yourself, no possibility of achievement, no brotherhood with other men where you can celebrate your collective achievements.

The women of course would simply have the babies from the state farm sperm bank and get tattoos. That is when they weren’t starving on the streets.

Women individually can be very smart. But women collectively are stupid, and they are too stupid to be given the opportunity to vote. There are not many countries who have voted themselves into socialism; most of the time it’s a no-option situation at the point of a gun. People all over the world in the 20th century risked their lives or actually died trying to escape from socialist countries. You know that whole Iron Curtain thing? Does anyone remember that? History? What do they teach in universities today?

Oh yes, I forgot; feminist women studies. How did we get here again?

My opinion on this matter has not changed. You would do well to reevaluate your own. Particularly if you are a woman. You need us men to save you from yourselves.