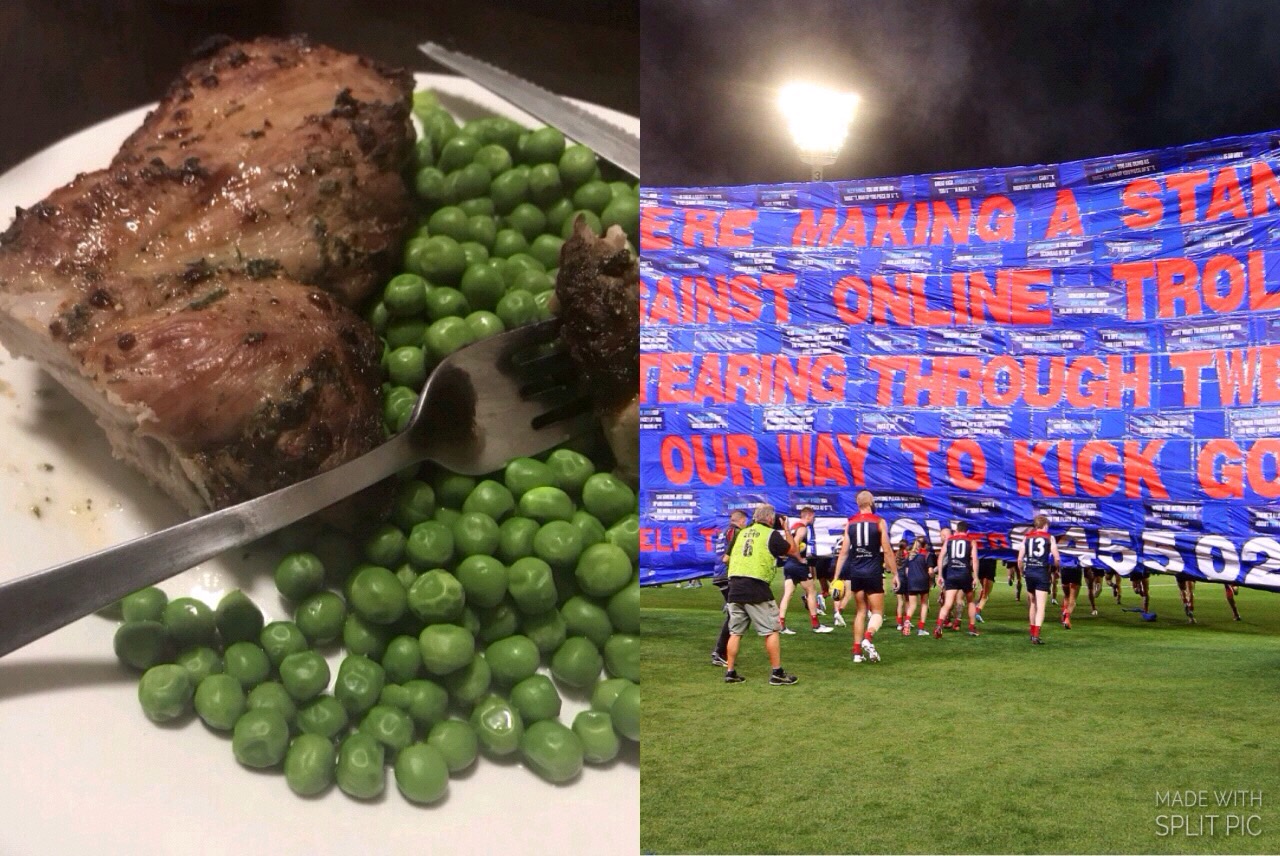 Great mirth was had last night at the expense of the goofy vegans who thought it would help their cause to annoy all of Melbourne. Speaking of Melbourne, we got stuck into the Melbourne Football Club for their overt politicisation of what is supposed to be a weekend distraction, and we were well into discussing our proposals for removing most of the AFL’s new rules before the chat told us to move things along.

From there we covered the latest newspoll, the registration of Fraser Anning’s Conservative National Party and the egg-boy love-tap, the so-called “islamophobic” attack by a “black muslim”, and the BBC’s double standards on hate speech.

A few technical difficulties assailed us but we powered through, and the last 20 minutes is basically just shitposting. Was some light relief after the heavy material of previous weeks.