This week I received an email from a reader which I responded to and to which she then replied. The emails were respectful and thoughtful, and I appreciated them. In her second email she wrote the following:

I can see why a reader who only began following my blog late last year might be confused as to my standing on these matters. The world of course is not so simple as to be merely black and white, and to assume so is simple ignorance. But in all discourses there exists both a macro and a micro level, something to which I have had to refer on numerous occasions when commenters misunderstand or deliberately seek to distort my intentions.

The efforts of the elites over the decades since the end of the Second World War to create a world of nations operating under a globalist sphere with the inherent loss of national sovereignty has been a disaster for everyone except those at the top. Free speech, free trade, and free movement have resulted in a world approaching George Orwell’s 1984 nightmare. People today are deeply confused as to their place in life as a result of this, and with the turning away from Christianity they seek to latch onto anything while doing their individual best to believe in their own inherent goodness.

In other words, we live in a convoluted mess where the things that you publicly believe in determine who you are. As such it is not possible to simply declare that women are bad or men are good or any other broad proclamation. What is true is that on the macro level there are clear lines forming across these and other areas of identity politics. For now a prog leftist heterosexual white male can still comfortably burrow his way into the warm embrace of those who self declare that they are on the right side of history. I take these fools to task as I encourage and support women who reject the prevailing orthodoxy and dedicate their adult lives to getting married and raising a family. But when all of this eventually implodes as it most certainly will, people will no longer have the luxury of self-determination in these matters. 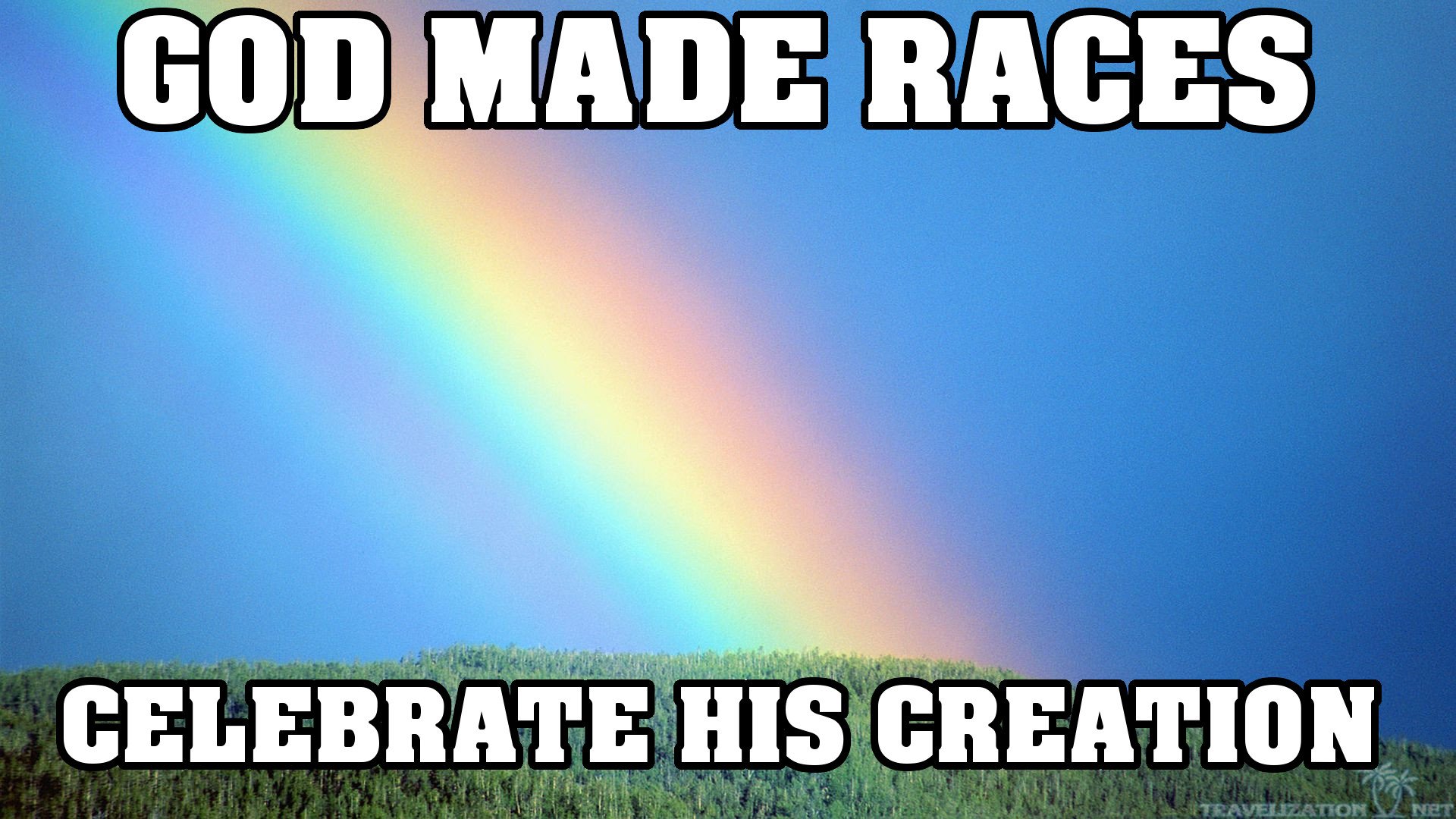 In other words, there is coming the day when the color of your skin will indeed determine your tribe and your nation, as it once was. God after all created the separate nations for a reason. Which leads me back to the email at hand.

“For example, in one of your articles you say “And by nation I refer to the biblical understanding of what a nation is; a collection of people bound together by a common race and religion, not the perverted line on a map idea of a nation.” But that’s not right. The biblical idea of a nation is people bound together by a common worship, which is why people like Ruth the Moabitess can join the nation of Israel and even be part of the line of the Messiah. This idea is expanded much further in the New Testament: it is not the children of Abraham (genetically) who are the true people of God, but the children of Abraham’s faith – i.e. those who have faith in the God of Abraham. If lines are drawn based on race AND religion, that precludes the possibility of anyone crossing over to another side – the only options are to be loyal or traitorous to your own side.”

This is simply not true, which is being generous. A few months ago Vox Day linked to the following article in The Federalist which examines the case that the bible favored individual nation states over empires.

“Was there a viable alternative to universal empire? The ancient Near East had much experience with localized political power in the form of city-states. But for the most part, these were helpless before imperial armies and the ideology of universal empire that motivated them. It is in the Bible that we find the first sustained presentation of a different possibility: a political order based on the independence of a nation living within limited borders alongside other independent nations.

“By nation, I mean a number of tribes with a common cultural inheritance, especially a language or religion, and a past history of acting as a body for the common defense and other large-scale enterprises. The Bible systematically promotes the idea that the members of a nation should regard one another as “brothers,” and Mosaic law offered the Israelites a constitution that would bring them together in what would today be called a national state.

“The king of such a state would be drawn “from among your brothers.” Its prophets, too, would be “from among you, from among your brothers.” And so would its priests, appointed to guard the traditional laws of the nation and teach them to the king “so that his thoughts should not be lifted above his brothers.” Moreover, Moses sets boundaries for Israel, instructing his people to keep their hands off the lands of neighboring kingdoms like Moav, Edom, and Ammon, which deserve their own independence. As he tells them in God’s name:

“Nor are these passages unique. Throughout the Bible, we find that the political aspiration of the prophets of Israel is not empire but a free and unified nation living in justice and peace amid other free nations.

“The Bible thus puts a new political conception on the table: a state of a single nation that is united, self-governing, and uninterested in bringing its neighbors under its rule. This state is governed not by foreigners responsible to a ruler in a distant land but by kings and governors, priests and prophets drawn from the ranks of the nation itself—individuals who are, for just this reason, thought to be better able to stay in touch with the needs of their own people, their “brothers,” including the less fortunate among them.”

Vox had the following observation on the quoted passage:

We are indeed in opposition to God, and I will publish an article tomorrow with an excellent and depressing example of this. But to clarify, nations are not bound by common worship. After spending two years living in Uganda I can confidently declare that I have nothing in common with Ugandans nor their culture. And yet the vast majority of them are Christians. Can I then move to Uganda and declare myself Ugandan? Of course not, no more than a Ugandan can move to Australia and declare himself to be of my patronage. Which is why the bastardized concept of hyphenated nationalities was created; our imaginary Ugandan friend would have to be a Ugandan-Australian. Which is like declaring yourself to be a woman-man, a concept not unknown in this traumatic age.

I write to expose the lies and to seek the truth, a dangerous business at the best of times as nobody appreciates a truth teller and I do not possess a court jester costume. But I appreciate correspondence of this type as it helps to keep me on my toes, and particularly as the great dance is only just beginning.