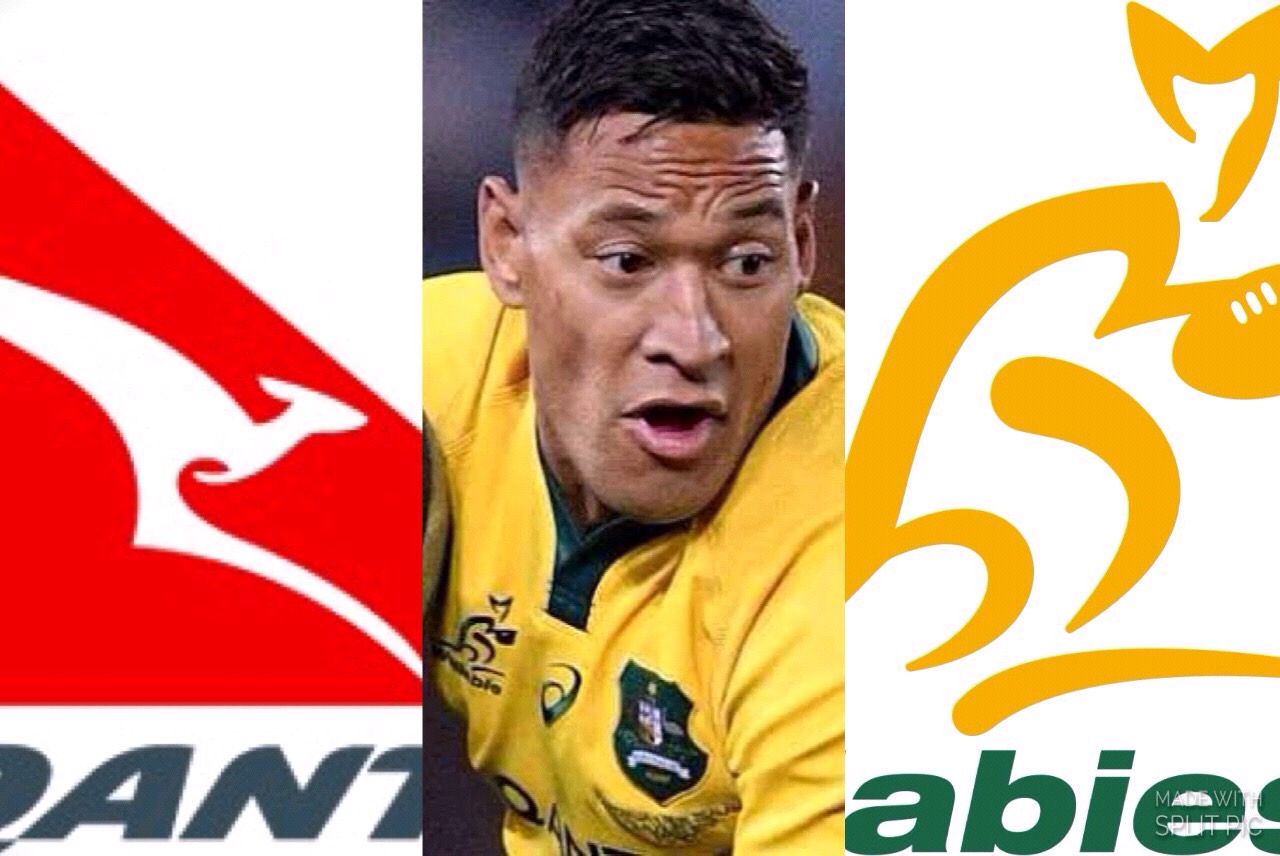 Israel Folau is an Australian rugby union player; he is also the best player in the country. He was expected to be the star player and crucial to Australia’s success in this year’s rugby world cup to be held in Japan. But it appears that he stands a good chance of never playing for his country again. Rugby Australian seem certain to bow to pressure, the majority of the pressure coming from their major sponsor Qantas, who are furious at a post that the star player made a few days ago on his own personal Instagram account.

You see, Israel Folau is a devout Christian, and because of his belief he felt the need to remind his followers that actions have consequences and that the bible is very clear on what awaits unrepentant sinners.

Those that are living in Sin will end up in Hell unless you repent. Jesus Christ loves you and is giving you time to turn away from your sin and come to him. _______________ Now the works of the flesh are manifest, which are these , adultery, fornication, uncleanness, lasciviousness, idolatry, witchcraft, hatred, variance, emulations, wrath, strife, seditions, heresies, envyings, murders, drunkenness, revelings, and such like: of the which I tell you before, as I have also told you in time past, that they which do such things shall not inherit the kingdom of God.
Galatians 5:19‭-‬21 KJV _______________ Then Peter said unto them, Repent, and be baptized every one of you in the name of Jesus Christ for the remission of sins, and ye shall receive the gift of the Holy Ghost.
Acts 2:38 KJV _______________ And the times of this ignorance God winked at; but now commandeth all men every where to repent:
Acts 17:30 KJV _______________

As a Christian this post seems somewhat unremarkable. Folau isn’t reinventing the biblical wheel here. But Rugby Australia, egged on by the Australian media, has proceeded to go stark raving mad over the issue. Immediately after the Instagram post was made Rugby Australia moved to distance itself.

“It does not represent the values of the sport and is disrespectful to members of the rugby community. The Rugby Australia integrity unit has been ­engaged on the matter.”

However, Rugby Australia declined to state exactly what values do represent its sporting code. While I’m not exactly sure of what their values are I am pretty certain that sodomy is way up on the list.

Qantas responded almost immediately with their own carefully worded statement:

“These comments are really disappointing and clearly don’t reflect the spirit of inclusion and diversity that we support,” a Qantas statement said.

“We are pleased to see Rugby Australia’s condemnation of the comments and will await the outcome of their review.”

The CEO of Qantas is an unrepentant Irish sodomite so one assumes that his hand is deep inside this official statement on behalf of the airline. The spirit of Australia indeed. They’re all for inclusion and diversity until someone quotes the bible in what until very recently was a majority Christian country and then their only response is to attempt to ruin the man’s career while nailing him to the wall. This of course is the same airline that has a partnership with a major Middle Eastern airline which is based in a country that is decidedly unwelcome to homosexuals.

The major players of the sport and those that earn a crust writing about it are collectively bemused at just why a man such as Folau would say such a thing when he could be earning so much money. Step forward hack journalist, (but I repeat myself), Wayne Smith.

“How could Folau have been so stupid? All he had to do was keep his mouth shut and stay off social media and for the next four years Rugby Australia would have paid him $1 million a year for playing a game that he once played for free.

“How could he have been so dumb, to not see the path that lay ahead of him the moment his finger moved to the social media app on his phone? Did he think freedom of speech, freedom of religion, also meant freedom from consequences?”

There is no freedom of religion if you can get fired from your job and hounded out of your profession simply for espousing your religious views, but at least they stopped short of feeding him to the lions. As for freedom of speech, that was a great lie that was planted in the West to circumnavigate the blasphemy laws and which has now been turned on its head as we are forced to stand shoulder to shoulder while supporting men’s right to transition.

“He deserves what is coming. He invited it. His $4 million contract will be ripped up and he will be turned loose.”

What a lying sack of shit Wayne Smith is. Israel Folau has most certainly been sacked for his religious views. Only a brain dead drooling troglodyte could believe otherwise. The last time that I checked, which wasn’t that long ago, quoting the Christian bible was not in any way shape or form considered neither divisive nor discriminatory. And let us not forget for even a moment that if Folau was instead a follower of the religion of peace and had said more or less the same thing then you wouldn’t have heard a pin drop.

But this is now the world in which we live. We are not moving towards a time when Christians are going to be persecuted; they are being persecuted right now in our own Christian country, and with the enthusiastic support of people in positions of power. Israel Folau is the number one example of that but he is standing steadfast in his faith. I stand with him and I salute the most courageous man in Australia while I echo what he has publicly stated.