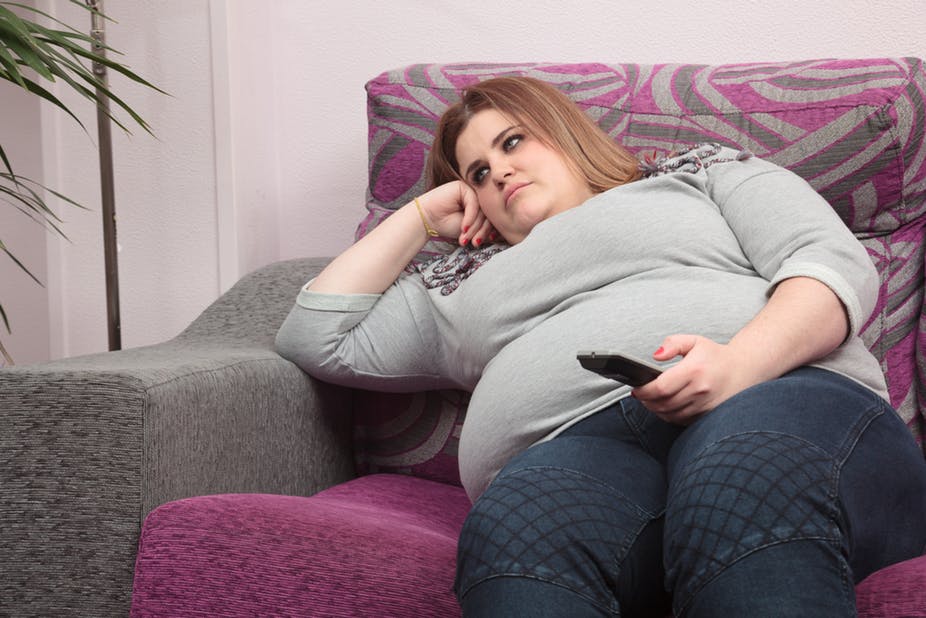 One of the things that is noticeable in this part of the USA is the sense of imbalance. Everything is oversized; the cars, the cups, the road signs, and of course the people. There are a lot of really big people down here, and I’m not alluding to bone density. I am in Louisiana but I assume that this is the norm all around the country. You first encounter the fatness on a trip to America at your own local international airport. The boarding lounge for your flight will contain a fair number of Americans returning home, and it is here that you first understand that in many ways you are about to enter an alien world. There are all types of fatties; every race and supposed gender is represented among the legions of the overweight.

But the ones that I find the hardest to comprehend are the fat middle class white guys that have really let themselves go. They could be computer programmers, lab technicians, insurance salesmen, you name it. They usually have a scratchy beard and nerd spectacles. There is nothing noticeable about them at all except for the tiny little fact that they are so fat that they have to walk leaning backwards so that they don’t topple over forwards. I observe these guys and I wonder about the decision making process that led them down the road to what is in effect physical ruin. It can’t just be put down to laziness because every culture has lazy people and I don’t see this amount of people being so overweight in other countries. I don’t think it’s the quality of food either; Australian food is just as unhealthy in many ways as what is on offer here in America but our ratio of fatties, both in the number of them and how much they are actually overweight, is nowhere near to what you encounter in the USA.

I received another culture shock early into my trip while sitting on my plane. Leafing through the in-flight magazine I was surprised to see an advertisement for medical services. The full colour page had a photo of four doctors proudly posing for the camera, their credentials and significant work achievements displayed beneath them. It was not the only advertisement of its type. In fact the medical ads in the USA compete with those by lawyers for most prevalent. The best commercials of the type combine the two professions together. So you might see a commercial on television touting for people who used a specific medicine to take part in a lawsuit. One of these commercials was somewhat disturbing as when it began listing the side effects of which they were interested the first one they came up with was genital gangrene, something which I had never before sought to imagine let alone consider.

I assume that the medical industry sold its soul to something a long time ago. To what or to whom I cannot say, but a respectable profession does not behave in this manner, particularly one whose supposed reason for existence is to heal people; or even do no harm. There is a lot of harm being done over here, and by the look of it not much healing.

The pharmaceutical industry is of course another factor in this equation, and its advertising is right on the heels of the big two offenders. Americans take a lot of pills. There is a pill for everything here. The prevailing culture seems to be one of complete disconnect from one’s own body and health. You stuff into your face as much goop as possible, then you go to your doctor for help with your poor health. He in turn gives you pills to mask the symptoms of your impending demise, while further along the line one of his colleagues will happily operate on you to remove the really offending bits of your body that have given up and waved the white flag. To finish it all off you then go to a lawyer to sue everyone involved in this process, and behind it all are the insurance companies who make sure that the payouts are covered by the premiums on offer for every conceivable legal headache, and some that people from a normal civilization might consider inconceivable.

This edifice is not the basis for a nation in good health. Perhaps the failing health of the nation corrupted its individuals, or it could be that the failing individuals collectively corrupted the nation. Either way, whether it was the fault of the macro or the micro, things have obviously gone very bad over here some time ago. This is very confronting and rather depressing. American culture has given the world much that is good; many of my own interests throughout my life had their origin in the USA. But the Pax Americana empire is doomed just as much within as it is without. Those social commenters that I read that give the USA another 20 years I fear are being generous. And no empire of this size and complexity has ever fallen in the history of the world.

I feel privileged to see America at this time but I also feel a sense of unease and disquiet. Because things are much worse than even I ever thought possible.