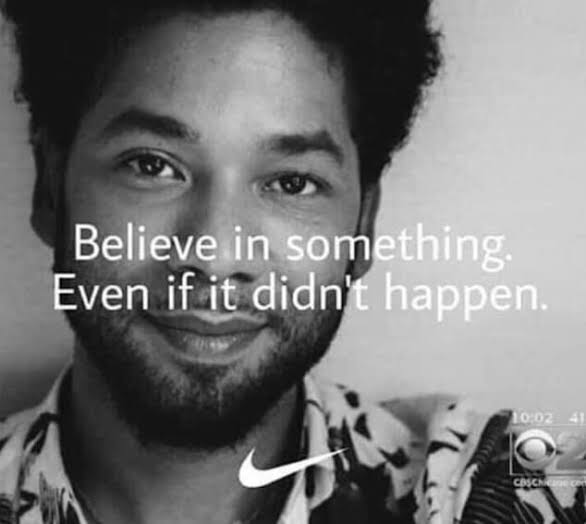 The rise in hate crimes.

So many MSM fake news pieces start off with a segue much like that. If we believed the purveyors of fake news it would seem that the Western world has been inundated with Nazis, racists, homophobes, and misogynists running around torturing people to death with words and stuff. Of course, the opposite is true.

The rise in hate hoaxes.

“All of these forces on the Left, now including Big Tech as well as the legacy media, have refused to accept the verdict of 2016 — a populist revolt against the political, economic and cultural elite — and this has fed into the intensifying climate of fear. Read this list of “hate” hoaxes since Trump’s election and you get an idea of how this constant fear-mongering impacts the feeble-minded.”

That’s a pretty impressive list, all the more so because it is undoubtedly incomplete. And the truth is that fake hate crimes and real hate crimes cannot coexist with one another for the simple fact that if there are real hate crimes present then there would be no need to invent the fake ones. 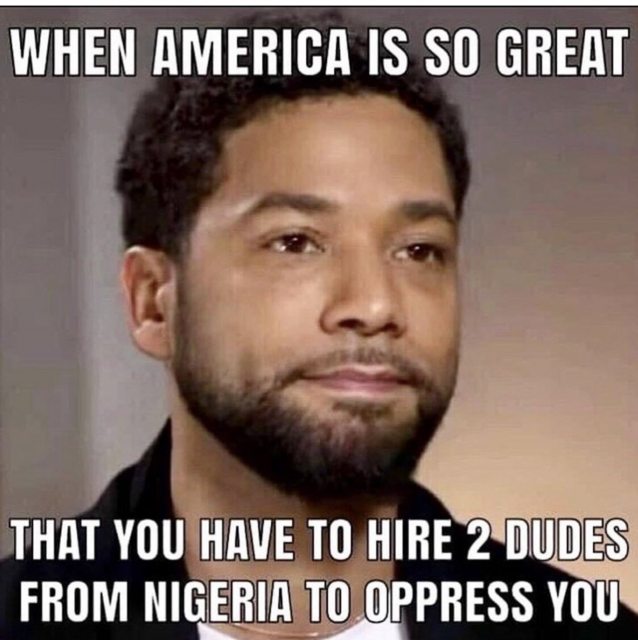 Jessie Smollett attempted to frame and thus imprison two white guys, any two white guys would have done just fine. That means you and me. Grab a couple of crackers to go down for it, hopefully they’ll get it nice and hard in the can.

A fake hate crime is a real hate crime; it’s simply the inverse of what it was purporting to be.

If we look back at history and attempt to impose this current situation on historical events of discrimination and persecution then we find a curious thing.

“Here’s some more trivia: Very few blacks in the Jim Crow South went to great lengths to pretend that they were harassed or attacked by racists.

“You know why? Because that would be incredibly stupid. What, exactly, would the German Jew who staged an assault on himself gain from it? Where would he or she go to ask for sympathy or recompense? Conjure any horror story you like, the Nazi official you brought it to would say, “Yeah, and . . . ?” The black sharecropper who took the time to make his own cross and burn it on his own property would benefit . . . how?

“Why am I bringing this up? Well, for a bunch of reasons. I have more points to make than can be found at an English Setter competition. First, people who live under real oppression have no need to fabulate oppression. To paraphrase Madge from the old Palmolive ads: They’re already soaking in it.

“Second, when you live in an oppressive country, there’s no one you can take your grievances to because that is what it means to live in an oppressive country! For God’s sake, people, you’re making me use exclamation points and italics here. If you’re an inmate in the Shawshank prison, you can’t go to the guards to complain. When you live in North Korea, you can’t go to the local police and gripe about your working conditions or the sawdust in your bread.”

There are hate crimes in the USA and there is oppression but it isn’t against those who claim to be the victims. At least the Nazis and the whites in the Jim Crow South had the honesty to be clear and forthright with whom they were oppressing and why. The prog left together with the black racial grievance brigade are the most dishonest and cowardly persecutors in the history of oppression. If you are a straight white Christian male in our societies then you are the one being oppressed. You are the one who must watch what you say. You are the one who will get a job only if your “persecuted” betters decline all invitations to participate before you. And you are the one who will lose that job and your ability to successfully function in our modern society if you get out of line with those who are better than you.

Never in the history of oppression have so many actively persecuted while claiming victimhood at the same time.

But I have a message for all those purveyors of fake hate crimes for personal and political gain. Be careful what you wish for. Because sooner or later the boy who cries wolf will find out that the wolf can bite back.