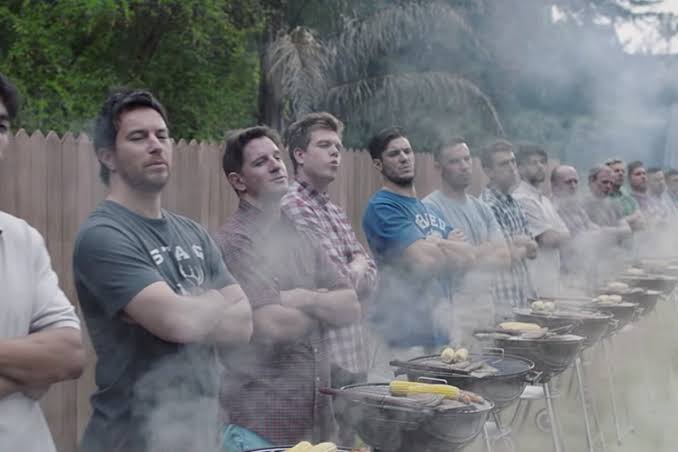 The Gilette controversy assumes that something is intrinsically wrong with men and that something must be done. The idea that nothing is wrong with men is in fact wrong as any man with half a brain knows simply by observing the men around him, particularly Millennials. Where Gilette gets it wrong is they reverse the fault. A commenter over at Dalrock pointed this out:

“At P&G, we believe that the requisite skills to succeed as leaders in 2018 and beyond include the ability to be empathetic and inclusive. Given the critical role men play in advancing women and in achieving gender equality“

This goes along the lines of Dalrock’s law of feminism which is as follows:

That’s the Gilette commercial and the prog left attitude to men, and white men in particular, in a nutshell.

The real issue behind so-called toxic masculinity is summed up by a quote from a Twitter discussion on the issue that The Other McCain unearthed:

43% of boys are raised by single mothers
78% of teachers are female
So almost 50% of boys have 100% feminine influence while at home & an 8/10ish chance of 100% influence at school.
Toxic masculinity isn’t the problem. Lack of masculinity is.

Throw into the mix the complete convergence of traditional boys associations such as the Boy Scouts as well as the fact that youth sports now routinely mix boys and girls together in what were traditionally segregated teams and boys grow up in an environment where they can never escape women or girls.

Is it any wonder that they’re hooked on video games? Perhaps that is the reason for the fact that video games were the backbone of the first real push back in 40 years against the prog left. Video games were where it all started. If we hadn’t had #GamerGate we wouldn’t be where we are now.

That’s because video games were the last refuge for boys and when women began to move into that sphere it became boys’ Stalingrad and they were the Russians. After video games they had nowhere else to go.

I still play video games on occasion, particularly MMOs. I just dabble now as they are too time consuming but what I have noticed is that the groups in the games, which are mostly composed of young men, are extremely hostile to the idea of letting women into their groups. This is a complete turnaround from ten years ago.

But back to the stats listed above. If there is a problem with men then women caused it. Actually men caused it first by voluntarily ceding ground to women. Weak men create hard times and all that. I hate the Gilette commercial but yet at the same time I really love it because this sort of mass exposure goes a very long way to waking up the normies. Hopefully we are not far off from a point where the great re-correction is made.