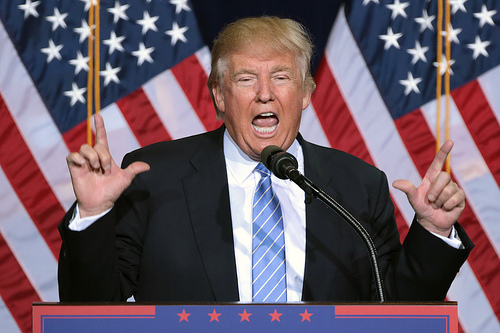 The Great One emailed me the other day to set up a date to record our next episode of The Greasy Pole podcast. He set a date towards the end of the month which is rather late since we try to get an episode up every 4 weeks or so. When I asked why he couldn’t record it sooner he gave me this response:

“What with the government shut down business is booming.”

The government shutdown piqued my curiosity when it initially happened which was just before Christmas. The interesting aspect for me relates back to an article I wrote a few years ago which some of you may remember. It was called, Could you pay for a $400 emergency?

“An article this week in The Atlantic reveals that almost 50% of Americans can’t afford to pay for a $400 emergency. It’s a long article where the writer goes deep into his personal financial situation as he is one of those who can’t afford a small emergency.”

Keep in mind that the majority of people who find themselves in this situation are the upper-middle class, in other words people who earn quite a lot of money. But no matter how much money you earn, if you leverage every cent that you have to buy lots of expensive toys and enjoy a lifestyle that is ostentatious even for your large pay packet then you’re going to find yourself in the financial crapper.

Back to the government shutdown. What do you think the odds are that the majority of people who fall into this pathetic financial bracket work for the government? I thought that it was hilarious that Trump declared a government shutdown on these parasites just before Christmas. The presents for little Jane and Johnny this year might have had to be purchased on some sort of emergency credit, seeing as these berks can’t afford a $400 emergency and all, and a government shutdown where your pay packet is suspended certainly falls under this criteria I would think.

And here we are coming up to a month later and the government shutdown is still in effect and with no end in sight. Trump wants his wall and he should most certainly get it as the security of the nation is at stake, not only at the borders but at its core as well. But what is also fascinating is the effect that this continued shutdown is going to have on the economy. As The Great One states, business in the private sector is booming and it is because the tap to the parasite class has been firmly turned off.

Throw in the little added bonus feature of the majority of those overpaid government parasites being hocked up to the eyeballs in debt and this could be a fine time for purchasing popcorn. If the shutdown goes into two pay packets then I predict an avalanche of articles in the MSM painting grim pictures of poor hard done by public servants whose entire financial existence has crashed into ruin.

Are government workers overwhelmingly leftists? I would hazard a guess that they are. Do you think that a lot of them are hard core SJWs? Why yes, Jane, I do.

This is known as winning by any other name.