Take the Dalai Lama. The man lives as a permanent refugee, who is fortunate enough to be able to couch surf from country to country due to the fact that white people stuck on an IQ of 115 find him useful in quelling their nagging sense that something is missing since they rejected Christianity.

“The Tibetan spiritual leader, the Dalai Lama, said Wednesday that “Europe belongs to the Europeans” and that refugees should return to their native countries to rebuild them.

“Speaking at a conference in Sweden’s third-largest city of Malmo, home to a large immigrant population, the Dalai Lama — who won the Nobel Peace Prize in 1989 — said Europe was “morally responsible” for helping “a refugee really facing danger against their life”.

The man is a genuine refugee, given that if he were to return to Tibet, his Chinese conquerers would likely be drinking baijiu out of his skull 10 minutes after they found him. The guy knows a cop out when he sees it:

“Receive them, help them, educate them… but ultimately they should develop their own country,” said the 83-year-old Tibetan who fled the capital Lhasa in fear of his life after China poured troops into the region to crush an uprising.”

Again, fair call. What have the Chinese ever done for Tibet? Where do we begin? The aqueduct for starters. As for most other refugees in the West, I the the Dalai Lama just called you a pussy.

The XYZ understands that the SlackBastard page has published the Dalai Lama’s home address, and several members of Antifa have messaged his boss (God) informing him of his subject’s racist views.

Over in China, muslims are being reeducated.

“China is not mistreating Muslims in Xinjiang province but is putting some people through training courses to avoid extremism spreading, unlike Europe, which had failed to deal with the problem, a Chinese official told reporters on Thursday.

“Reports of mass detentions of ethnic Uighurs and other ethnic Muslims in China’s far western region have sparked a growing international outcry, prompting the Trump administration to consider sanctions against officials and companies linked to allegations of human rights abuses.

“It is not mistreatment,” said Li Xiaojun, director for publicity at the Bureau of Human Rights Affairs of the State Council Information Office. “What China is doing is to establish professional training centers, educational centers.”

I love the use of modern day corporatist jargon to sugarcoat brutal Maoist-era genocide. We all know what “education” means to a communist:

“If you do not say it’s the best way, maybe it’s the necessary way to deal with Islamic or religious extremism, because the West has failed in doing so, in dealing with religious Islamic extremism,” Li told reporters on the sidelines of the U.N. Human Rights Council session in Geneva. “Look at Belgium, look at Paris, look at some other European countries. You have failed.”

The XYZ spoke via Skype with an Uighur graduate of a professional training centre in Ürümqi:

“Yeah, so I have come to understand that race is a social construct and religion is the opium of the masses. I now identify with others of my class, and ally myself with all people against the capitalists. I’m ok with Mohammed marrying a six year old though. Mao used to do something similar, so, you know, 60% good 40% bad and all that.”

Moving on, it seems even Gandhi was based:

“In December 1935, Margaret Sanger, the American birth control activist and sex educator, visited Indian independence hero Mahatma Gandhi and had an absorbing conversation with him.

“Sanger was on an 18-city trip to India, speaking with doctors and activists about birth control and the liberation of women.

“Her fascinating exchange with Gandhi at his ashram in the western state of Maharashtra is part of a new biography of India’s “father of the nation” by historian Ramachandra Guha.”

Margaret Sanger was one of the most evil people of the 20th century, but let’s get to the good bit:

“Both seem to be agreed that women should be emancipated, that a woman should be the arbiter of her destiny,” he wrote.

“But differences quickly arose between the two.

“Mrs Sanger, who had opened the first US family planning centre in New York in 1916, believed that contraceptives were the safest route to emancipation.

“Gandhi demurred, saying women should resist their husbands, while men should try to curb “animal passion”. He told his visitor that sex should be only for procreation.” 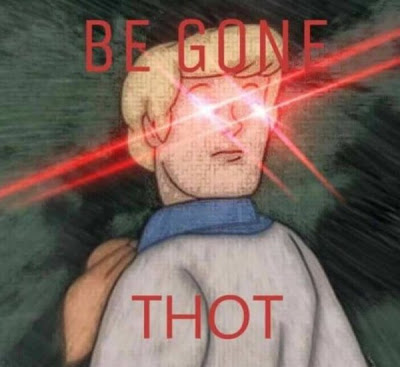 It is understood that several statues of Gandhi have been torn down at South African universities.

“Three men who have fathered nearly 100 children among them are doing their bit for Pakistan’s skyrocketing population, which is being counted for the first time in 19 years.

“But in a country where experts warn the surging populace is gouging into hard-won economic gains and social services, the three patriarchs are unconcerned. Allah, they say, will provide.

“Pakistan has the highest birth rate in South Asia at around three children per woman, according to the World Bank and government figures, and the census is expected to show that growth remains high…

“The last census, held in 1998, showed Pakistan had a population of up to 135 million. Estimates suggest the new census — carried out earlier this year, with the preliminary results due by the end of July — will put the figure closer to 200 million.”

Australia’s population has grown one million in the last two years and that is a really big deal. This reminds us that there is plenty more where that came from. Furthermore, as JF Gariepy reminds us, third world countries are an “infinite predictive machines for suffering”; the baizuo will call for us to take in millions now, but in a decade’s time there will be millions more.

So, to the point.

Many parts of Asia are impoverished, overcrowded and smelly, while other parts are rising rapidly and experience a similar standard of living to that which we enjoy in the West. To the extent that life has improved in Asia it has had a lot to do with technology and ideas given to it by the West.

When we look at the values Asians generally hold, we see that they have a strong sense of ethnic and national identity, and a strong connection to where they come from, who they are and who they are not. The family is central to this, and they generally hold to traditional values.

We may look at the set of “values” currently held in the West and suggest that Asians should focus more on such fleeting fads as multiculturalism, sexual liberation and equality for invented minorities in order to modernise their countries and make their society “fairer”. This would be a mistake, because several decades ago we revered those exact same values Asians hold today. Family and religion were central to daily life, we had a strong sense of who were were and who we were not, and like Asia today, our population boomed.

These are the values which make a society, a culture, a civilisation strong and allow it to last. We adopted our current “progressive” values after we were already strong and rich.

Now we are fading. Our civilisation is still chugging along off the momentum created by our forefathers, but we as a people are no longer perpetuating ourselves. Our birthrates are below replacement levels, and our “progressive” “values” are not, unsurprisingly, catching on. The Asians who come to the West rightly recognise that our current values are ephemeral, are in some cases only a few years old, and are ultimately meaningless. Thus they have nothing to integrate into, and will stick to their own values.

If we keep to our current immigration trajectory and continue to elevate “progressive” “values” Australia in the future won’t be a part of Asia. We will be Asia.