Unions and the Labor Party don’t see people. They see dollars. What will the unions gain from taxing the grief behind the loss of a loved one, aside from taking another step toward a communist state where only those in power have any financial or personal freedom?

“POWERFUL union leaders are calling for Bill Shorten to introduce a death tax in their latest demand ahead of the federal election..

“The Saturday Telegraph can today reveal the ACTU this week agreed to a plan to push for an inheritance tax, which was abolished in Australia almost 40 years ago.

“An inheritance tax on the wealthiest estates can restore fairness to our tax system and ensure the very wealthy and big business pay tax,” an ACTU spokesman told The Saturday Telegraph.” 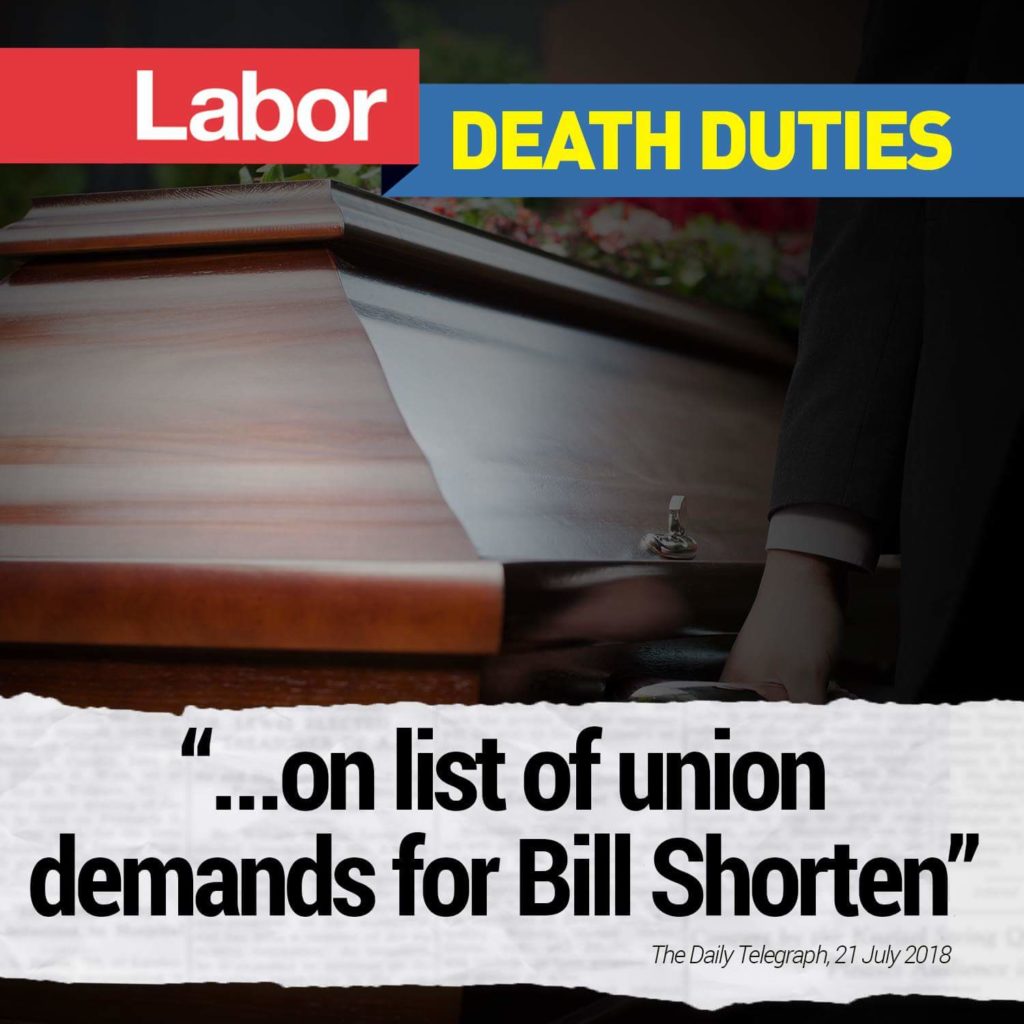 While I don’t agree with everything that the Liberal Democrats propose, I do agree with their desire for personal liberties and choice, ownership, and a severe cut on spending and taxes.

I believe now, more than ever, the votes cast by Australians need to go toward bringing back free choice, free speech, and the removal of insane taxation and spending from all levels of government.

Taxation is needed for countries to operate, as we need to pay our police, ambos, defense, firies and other emergency sevices. However, the level of taxation on this nation is ridiculous! The government double dips, triple dips on the taxes, and constantly adds new ones. A particularly egregious one, the Netflix tax, was said to “give fairer competition” to onshore businesses. It does not. Instead it punishes the consumer.

For each federal, state and even council election, give stronger powers to parties that actually care about all Aussies. Burn them all, vote small. And right now I would love a political shake up, Trump style, where the Liberal Democrats come to power.