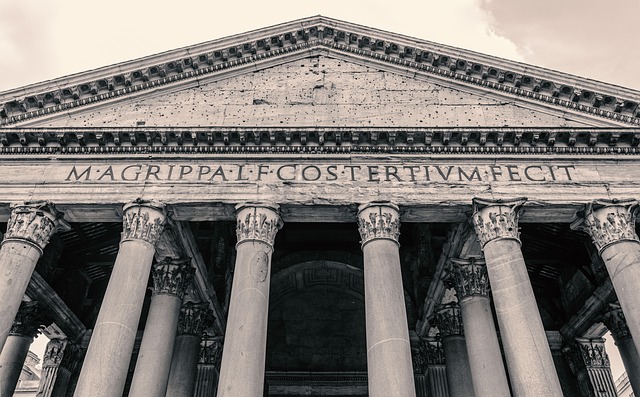 There are two options to counter the left’s century long march through the institutions in order to save Western civilisation from Marxists’ degenerate intent. Option A is for conservatives to start the hard process of weedling our way into the institutions with the intention of achieving an incremental shift back in favour of Western civilisation.

Socialist economics may crash Western civilisation well before this goal is achieved and bring with it a much needed, and much more abrupt adjustment. Or if the decline proves more gradual, there may not be, in 100 years time, any pure-blooded Westerners, ie, white people, left for whom to save the civilisation bequeathed to them by our ancestors. 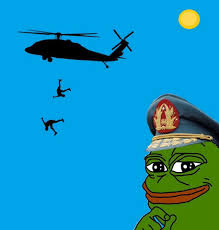 Option B involves a coordinated helicopter night assault by patriots against every major institution of so-called “higher learning” in the West, utilising a combination of high explosive and napalm to obliterate the facilities. The next night, the helicopters would return to drop millions of tonnes of salt.

Conservatives in Australia are still working on Option A, and they are facing the predictable push back from universities:

The Ramsay Centre is a conservative foundation established to use the fruits of the late Paul Ramsay’s labour to provide scholarships for young minds to “help shape future generations of Australian leaders who were well versed in “the best that’s been thought and said”, and to establish degrees in Western Civilisation at Australian universities.

So the ANU has said no to a degree in Western Civilisation.

What was the “aggressive” commentary by Tony Abbott?

“Paul was one of those rare businessmen who had almost no enemies. He once told me that this was because a deal that the other person would never care to repeat, however profitable it might have been for him, wasn’t worth the cost in bad blood. For Paul, the most important asset anyone could have was his character and the quality that mattered above all others was loyalty.”

“A decent and sensitive man, Paul wasn’t oblivious to the deficiencies, the failures and the blind spots of our civilisation; but he was convinced that, on balance, it had been far more good than bad. To the question: “What has Western civilisation ever done for us?” he would have ventured: not so much, perhaps, save for the rule of law, representative democracy, freedom of speech, of conscience and religion, liberal pluralism, the prosperity born of market capitalism, the capability born of scientific rigour, and the cultivation born of endless intellectual and artistic curiosity. “The golden age,” he liked to say, “is before us, not behind us.”

“The key to understanding the Ramsay Centre for Western Civilisation is that it’s not merely about Western civilisation but in favour of it. The fact that it is “for” the cultural inheritance of countries such as ours, rather than just interested in it, makes it distinctive. The fact that respect for our heritage has largely been absent for at least a generation in our premier teaching and academic institutions makes the Ramsay Centre not just timely but necessary. This is an important national project. It’s not every day, after all, that such a big endowment is dedicated in perpetuity to raising the tone of our civic conversation.”

The usual conservative acknowledgement that Western civilisation has had its good and bad, but the overall balance is overwhelmingly positive, check. A focus on values and liberal democracy, rather than the people, blood and soil from which those values sprung, check. A mild reproach to universities for their left-wing bias, check.

A dog-whistle to fire up the gas chambers this is not.

But this is “aggressive” and “radically conservative” according to the radical Marxists who run the ANU.

The Australian has detailed how the ANU has happily received funding from Middle Eastern governments, and the student unions have clearly exerted a little bias of their own.

Thus, the news that a course designed explicitly to be for Western civilisation has been knocked back should come as no surprise. The left are entrenched in the higher education system and they are keenly sensitive toward any attempt to undermine their control or challenge their narrative. What may appear subtle and reasonable is to them a blindingly obvious attempt to preserve Western civilisation, which they are dedicated to destroying.

You know what that means?

We could do with a little more aggression.