I visited England last year and it left in me an irrepressible sadness. In a discussion with one particularly cucked Pom I was able to lead him to the conclusion that the British people were being replaced in Britain, but he responded that he didn’t have a problem with it, as British people deserved it “because of all the bad things we’ve done.”

That is literally what he said.

He has the establishment right behind him. From Breitbart:

“British Police have told English football fans going to the World Cup in Russia to not wave or display the St George flag, claiming it could be seen as “imperialistic” and “antagonistic”.

“Up to 10,000 England fans are expected to travel to Russia next month, along with a small force of UK police to help keep them safe.”

Lol. The UKSSR is now sending minders to keep tabs on its citizens abroad. We all know this is the real reason: 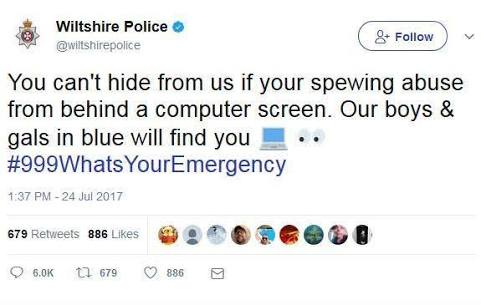 “The head of football policing Deputy Chief Constable Mark Roberts argued the St George’s Crosses were seen as the top trophies for rival fans and ultras, as well as appearing to link them to the history of the British Empire.

“I think people need to be really careful with flags. It can come across as almost imperialistic… and can cause antagonism,” he told The Times.

“We really urge some caution about people putting flags out and waving them about in public, there is a bit of risk when people draw attention to themselves and people need to be aware of that.”

A bit of capture the flag and rough and tumble by European countries’ respective scallywags as a harmless outlet for young men full of testosterone to dispel a bit of nationalistic fervour is not enough to warrant a warning not to display one’s country’s flag. It has to be the imperialism bit.

On this one, Constable Roberts may have a point. The British and Russian empires fought a bitter, bloody war on the Crimean Peninsula from 1853 to 1856 which took the lives of 900,000 men. It was a needless brother war which was egged on by the traitors and infiltrators who owned the British press. The British press responded to a legitimate attack by a Russian fleet on an Ottoman fleet in the harbour of Sinop by declaring it a bloody massacre, passions were fired up and off were sent the young men of England. No-one can deny the skill, bravery and patriotism of these men. The Charge of the Light Brigade at the Battle of Balaclava has gone into folklore, and the scenes of battle are even remembered in the street names and suburbs of Melbourne’s inner south. But by all rights, it should have been the British and Russians allied against the centuries old existential threat to Christendom, instead of pitted against each other.

Somehow, I don’t think this is what the politically correct constable has in mind:

“We would not expect people to come across to this country, get drunk and drape flags on the Cenotaph so we need to extend the same courtesy when we go abroad and treat places with due reverence.”

No. In fact, the British establishment have let people come across to their country in record numbers, where they are allowed to block entire streets for hours to educate Britons on their culture, rape thousands of British teenage girls and ultimately replace the British people.

We couldn’t possibly expect other peoples to be so suicidal. At least the Poles know what they’re doing:

“Meanwhile, Kevin Miles, chief executive of the Football Supporters’ Federation, argued that England fans should respect other cultures as to how visitors would be expected to respect the UK.

“He said: “Some of them have particularly strong opinions about how people in Britain should adopt to our way of life and the corollary of that when we go somewhere else then you have to respect their culture.”

“He told fans to remember Russia’s heavy losses in the Second World War, and not to act provocatively in cities with a history of trauma such as Volgograd, formerly known as Stalingrad.”