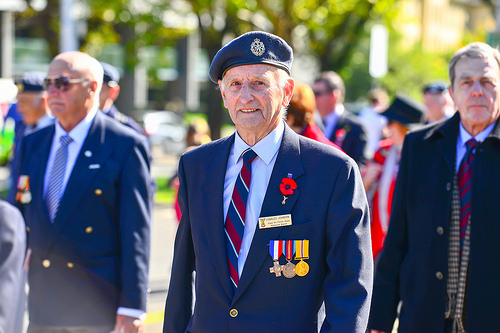 It’s that time of year again.

The time of year when a large portion of our academic and journalistic elite put on the best sneers their pale, thin, reptilian lips can handle and hunch over their keyboards propped up on their pendulous paunches to tap out yet another article or book telling the rest of us why we shouldn’t honour the Anzacs as much as we do.

Every year as the mornings get a little darker and the heat of summer recedes off into memory, our self appointed betters crawl out of their dark, damp holes in academia and newsroom to compete with each other for the most sneering, snobbish, self righteous and offensive missive to the masses possible.

The bile is palpable, for decades these glorious intellectual giants have told the rest of us mouth breathing bogans why we are so terribly wrong not to despise our military and the fallen, yet the plebs still continue to trudge to dawn services all over the country, their heads bowed in silent contemplation, reverence and respect.

The incident which serves as the best example of just how detached our commentariat is from public opinion came [in 2015] with Scott McIntyre (worthy winner of the “Most justifiably fired man in Australia 2015” award).

Scott was just another leftist flunky cashing taxpayer checks from SBS when he decided to call those Australian soldiers who went overseas to fight for their country imperialist, thieving, raping murderers and implied that they were honoured only by mindless white, male, drunken gamblers.

He did this on Anzac day, on the 100th anniversary of the Gallipoli landings, on a Twitter account linked to his workplace, a place of employment incidentally funded by the very taxpayers whose ancestors, intelligence, ethnicity and drinking habits he was now insulting.

And not only Mr McIntyre but seemingly every left wing journalist and academic in the country saw nothing wrong with this. And were legitimately shocked and outraged when he was fired after SBS rather reasonably asked him to delete the tweets in question (which he refused) and to stick to soccer, the subject they were actually paying him to report on.

The almost ecstatic nature of chatterattis’ pent up emotional release was breathtaking, now leftists had a martyr of their own for Anzac Day!

The decision made by the managing director of SBS is disappointing. Are journalists, academics and public figures only ever to tell people what they want to hear?
-Philip Dwyer, Humanities Professor, University of Newcastle

What was McIntyre’s crime? He did no more than publish a series of trenchant tweets criticising the mythos of Anzac Day.
-Russell Blackford, Conjoint Lecturer in Philosophy, University of Newcastle

Apparently, if you work as a journalist or presenter at SBS, you rescind the right to freedom of speech. Would it also be possible to sign away other human rights? Could you sign a contract that rescinds your rights regarding work-place bullying or sexual harassment?
-Rhys Muldoon, actor, director, close friend of former PM Kevin Rudd

Scott McIntyre, former journalist for SBS, has been sacrificed to the Gods Of Anzac Myths
-New Matilda

And of course many more, far too many to list here. For once the left actually seemed to be enjoying an aspect of Anzac day without having to do so from between gritted teeth.

They needn’t have worried about their self sacrificing martyr. The same establishment that writes countless books and articles decrying our military history and our military heroes, the same establishment that puts former communist Stuart Macintyre in charge of the national history curriculum and gives Professor Peter Stanley, one of the most virulent and vociferous of the self proclaimed “Anzac Myth Busters” not only employment at the Australian War Memorial for a quarter century but also a job teaching his derision of our nation to the next generation of officers at ADFA was never going to let this stand.

For most Australians, poor little Scott getting a well deserved boot in the rear for throwing a teenage tantrum on a sacred occasion was quite amusing, but for the usual suspects in the establishment it was an outrage.

Maurice Blackburn, the firm of union linked ambulance chasers founded by a man twice expelled from the ALP for being too left wing and that once employed such exalted legal minds as Bill Shorten and Nicola Roxon, took up poor Mr. McIntyre’s case apparently out of a newfound love of Free Speech (a love surprisingly absent when a Mr Andrew Bolt was in the dock).

[In 2016] SBS settled with Scott McIntyre out of court, removing a statement critical of him from their website.

Josh Bornstein, a lawyer at Maurice Blackburn and noted supporter of both the ALP and “Hate speech” legislation had this to say:

I dedicate the settlement of Scott McIntyre’s court case to the vigilantes & hypocrites who got him sacked.
— Josh Bornstein

I’m sure that like me you welcome Mr Bornstein to the ranks of those warriors fighting for free speech, and look forwards to his contribution next time someone is given the sack for making comments that he and people like him find offensive.

As for what the Anzacs themselves would have thought, I can only quote the account of what happened in Sydney in 1921 when leftists, overwhelmed by joy at the success of their mass murdering comrades in Russia, began to publicly wave the red flag of Communism while burning the Union Jack.

A veritable sea of red, white and blue … angry returned servicemen overturned socialist rostrums and set upon their speakers … They mounted a lorry occupied by members of the ALP and … set alight to a red flag. All the while [being] urged on by crowds subsumed by the patriotic fervour of the day.

The Daily Telegraph, reflecting the vast weight of popular opinion that day, wrote:

“The citizens of Sydney in a wonderfully impressive and emphatic manner, made it clear that disloyalists, revolutionaries, and enemies of the flag generally have no place in our sun.”

If only we could say the same today.