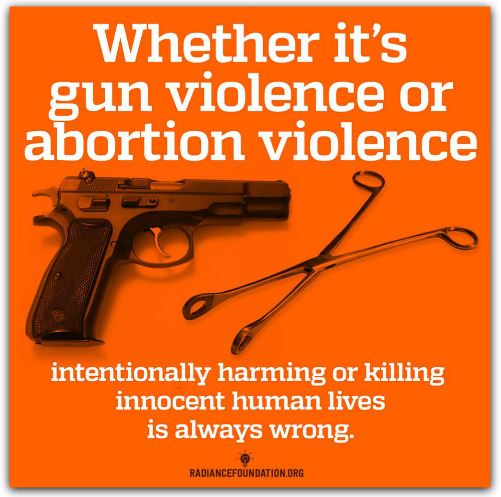 The other day I commented on a post put up by a friend, who was applauding the increasing number of people supporting DACA “dreamers” and gun control in the United States. In the comments section I spoke plainly, saying that abortion has to be part of this debate, and that any theologian who supports people screaming “punch a Nazi” are hypocrites, if they don’t include in their outrage controls on the systematic slaughter of infants whilst they are still in the womb.

I did this because, as has been witnessed in [previous weeks], people have taken to hashtaging their outrage with boycotts, anti-Trump hysteria and clear contempt for any American citizen who wants to keep their constitutional rights sacred. This outrage proves the need to push for a broader dialogue that includes abortion. This is because aspects of the push for gun control begin to look a lot more like one group using the issue of guns as a way to dominate and control the other group.

If abortion is left out of this debate, the justifiable outrage at the slaughter of children in a school becomes a veneer for a far more sinister agenda. The control of one portion of the population by another portion, who, by their well established hostile approach to dialogue and the suppression of it, consider themselves better than the rest.

The danger of allowing one side to dominate the debate is found in the sinless spheres each side can end up creating for themselves. When society ejects any notion of God and His claim in Jesus Christ to us, by way of Him saving us from sin, groups within society take it upon themselves to step into the place that God has been ejected from.

Whether acted upon by those on the Right or those on the Left, what is created is a system whereby the unifying truth in the statement that ‘all of us have sinned and fallen short of the glory of God‘ (Rom. 3:23), becomes ‘we declare that this group within society has fallen short of what, and who, we now say is God‘.

The sinless sphere is where one group operates as though they had no sin. They operate as though they were God, with the view to operating with the full and unhindered power of God. The reality is, however, that from within this sinless sphere, supposed sinless people encourage each other in their sin. They’re just no longer willing to recognise that sin is unique to all of humanity, including themselves.

It’s too easy then, to operate out of these toxic spheres, cutting down others in the name of what those subsumed into these sinless spheres now worship. This self-righteousness turns opponents into enemies of their new religion. This is one reason why I am more and more convinced that Modern Liberalism has become a cult of the Left, and that political correctness is the implementation of a secular shar’ia law. It’s another reason why I agree with the charge of heresy, criticisms of sporadic tyranny and legalism within some conservative strongholds, and its ugly existence within the history of the institutional Church, such as the German Christian heresy of the 1930’s.

Pride is the enemy of grace. When one group takes action against another group under the deceptive notion that it is without sin, there tyranny reigns. It is humility that wins, not virtue signalling. It is honesty and responsible vulnerability that reigns, not hiding behind closed doors until its safe to speak out, because it’s in line with the Left, who flood and therefore dominate the public realm, and cast intimidation on all who suggest anything different to their party line.

On the issues of abortion, responsible gun ownership and responsible border control, all three need to be part of the conversation and concern of those involved in the debate. If not, the conversation becomes dominated by partisan propaganda, only done in order to achieve political advantage.

I raised this in my comment on my friend’s post. That ended, sadly, with this person falsely accusing me of doing my “usual” “grandstanding; posting to seek applause or attention”; of not sticking to the topic; of using abortion as part of a “game“ to dismiss (or distract) from any debate on immigration and gun ownership laws. 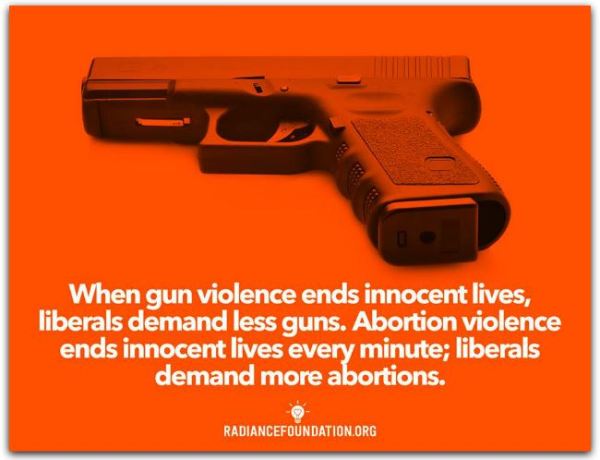 The point I was making to them was the need to discuss abortion, responsible gun ownership and responsible border control as a whole, because this draws attention to the core issue. That core issue is the value of human life, who gets to determine/control that value, and who gets to determine/control when and where human life starts and ends. Gun ownership laws are important, as is responsible border control, but abortion is by far the biggest concern among the three. This is because it involves the state sanctioned, celebrity funded, taking of a human life.

Whether society likes it or not, the ideology that underpins current attitudes towards advocacy for abortion, and both the indifferent and fanatical support it has, parallels with the Nazi doctrine of ”life unworthy of life”.

Yet, those who would scream “punch a Nazi”, and in turn misuse anti-Nazi theologians like Karl Barth and Dietrich Bonhoeffer in order to fuel anti-Trump hysteria, fail to see the parallels between the abortion industrial complex’s killing of babies, and the blood soaked ground that it shares with Nazism. These are the very same people who would be quick, in protest, to label gun owners “baby killers”, but fail to protest the actual conveyor belt killing of babies.

Responsible border control, gun ownership and abortion are bipartisan issues, and because of the emotional nature of the debate and the tendency for victims to be used as political footballs, all three need to be kept in the sphere of that debate.

They are issues that need to be discussed as a whole, on the unifying basis that ‘all have sinned and fallen short of the glory of God‘. It is only through the God who in Jesus Christ unifies, reconciles and inspires, that any holistic resolution can be found. The first step towards this begins with humility and the prayer, “Lord, have mercy on me, a sinner” (Luke 18:13). [i]

You’re welcome to tell me how I’m wrong in trying to keep these issues bipartisan, by not letting the usual side of politics control the debate, as they point to the speck of dust in their brother’s eye, while ignoring the plank in their own. I welcome disagreement, but I will draw a line when false accusations and personal attacks are thrown my way.

[i] Also known as ‘The Jesus Prayer’.