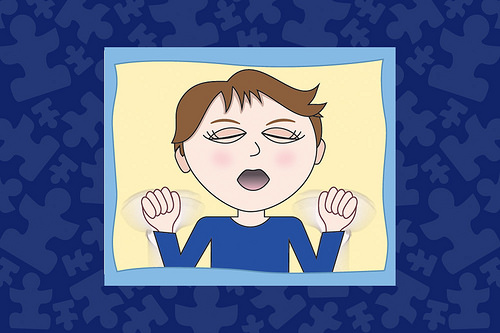 With the explosion of single mothers, (over 40% at this point compared to a traditional family unit), the almost casual acceptance of divorce as being just another stage of life, and the majority of families having both parents work, the nuclear family which once provided the bedrock upon which children could be brought up in a stable and secure environment has been under sustained attack for some time.

Tracking the implosion of the nuclear family over the last few decades has been the simultaneous rise of behavioral problems amongst children, particularly with regards to autism and ADHD. It has become almost a badge of honor among modern parents that their child has one of these conditions. I have long been dubious at the explosion in these cases – to me it was simply lazy parents who hadn’t bothered putting in the work to discipline their child who wanted an easy way out of their bad choices. A diagnosis of autism or ADHD tells the parents that not only have they not been neglectful but they are in fact victims deserving of unearned sympathy.

Now a respected British doctor, a former president of the Royal College of Psychiatrists no less, has finally spoken up about this colossal betrayal of children.

Parents want their kids to be labeled autistic to excuse their own failings.

“But, very often, the children I see with these diagnoses plainly have not got these conditions at all. Instead, they happen to be troublesome children reacting to awful situations in their families.

“To put it bluntly, they are heartily sick of being tossed around on a sea of adult wishes. But, instead of being listened to, they get labelled with a disorder. These incorrect diagnoses are deeply damaging. Yet, I am one of the very few child specialists who are fighting against this trend.

“So why is this chilling over-labelling of the nation’s children taking place? First and foremost, it is my view that some parents love a diagnosis. It lets them off the hook because it means their child’s behaviour is not their problem or their fault. They do not have to address their own role in their children’s unhappiness.”

It should be readily apparent that this trend is complete nonsense for the simple reason that it only exists to the extent that it does in Anglo-Saxon nations. Is there some sort of disease that is only affecting the children of these countries and not others? Well as a matter of fact there is; it’s called cultural Marxism.

“In some cases boasting of these diagnoses can be a middle-class parent’s way of dodging responsibility for how their child has turned out. I won’t be popular for saying it, but a diagnosis can be a guaranteed way of reducing the stigma of their child’s awful and embarrassing behaviour among family, friends and teachers.”

I think he’s underestimated how unpopular he will be for pointing this out by a factor of 25 Hiroshima’s. I fully expect a groveling apology to come within a week.

What these children are lacking are healthy relationships with their parents, or even any adults in general. Teachers were used as suitable substitutes in this regard for many years, but now they have morphed into mind control freaks pushing lines of “white privilege” to 8 year olds.

At heart our Anglo-Saxon societies have thrown away our own cultures due to embracing the lie of multiculturalism. In doing so we have systematically destroyed our communities. We have seen a huge erosion of trust. Parents are no longer allowed to let their children go down the street by themselves to play in the park. This is now considered neglect, which is deeply ironic when you consider that parents who allow their children to play freely and without ridiculous rules are probably among the few parents who are not neglectful.

But parents who foster no relationship with their children; who do them the supreme disservice of not disciplining them and provide them with no clear boundaries of behavior; who abrogate their responsibilities onto teachers who themselves no longer perform the function for which they were originally employed; who then wave away this atrocious neglect by jumping on a misdiagnosis as a means to hide their abusive behavior; and then to top it all off use it as a means of virtue signaling while their kids get pumped full of drugs so as to turn them into near zombies, these parents are considered to be perfectly acceptable in our brave new world.

It’s almost as if the only thing left is to pray for a giant flood to wash us all away so as to provide a clean slate to begin again.