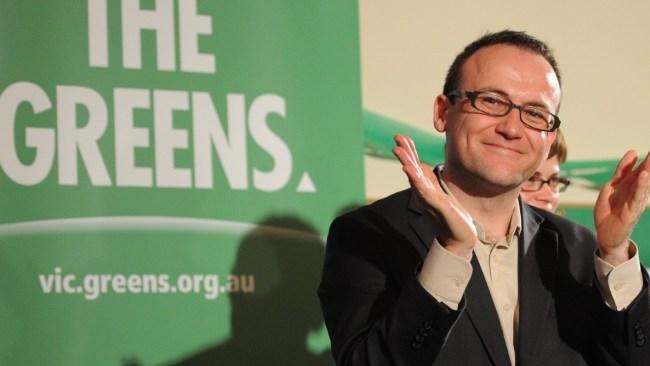 That would be the same Adam Bandt who spent his pre-political life working as an industrial relations lawyer while living in the very nice leafy inner Melbourne suburb of Parkville and completing his PHD on Marxism. 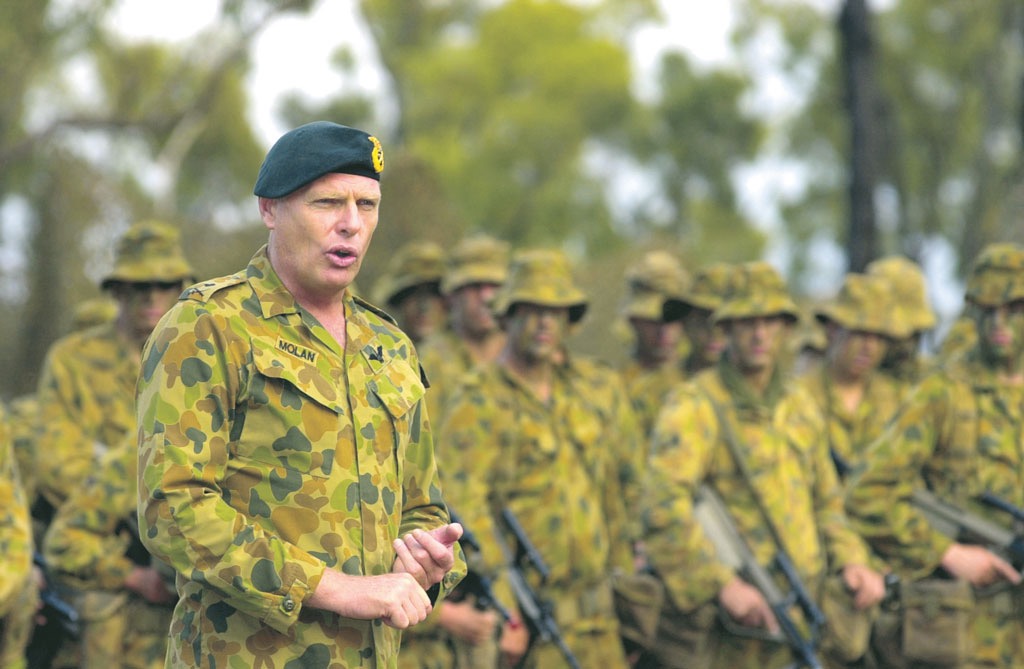 And the target of his insult would be the same Jim Molan who retired from the Australian Army as a Major General in 2008 after a career in which he served as Commanding officer of 6RAR, Commander of 1st Brigade and Commander of The Australian Defence College, as well as serving numerous overseas deployments including as Chief of Operations for the HQ of the Multinational Force in Iraq.

Jim Molan is sixty seven years old and Adam Bandt is 22 years his junior, but even today I’m pretty sure I know which of them to bet on in a bar fight. The former calling the latter a coward is hilarious but it suits the anti-Australia, anti-Military internationalist philosophical outlook of the Greens.

Bandt replied with one of the most mealy-mouthed, wriggling, squirming non-apologies you could think of.

Senator Molan responded by stating he refused to accept such a wretched apology. You get the impression that in an earlier, more honourable time we’d now be preparing pistols and arranging seconds for a duel at dawn on the Parliament house forecourt.

So to sum up, Adam Bandt is a “former” Marxist and current middle-aged cowardly soyboy who hates Australia, hates everything about Australia including its heroes, and takes every opportunity to tear them and the nation they served down to his own pathetic level.

But is he an extremist?

Well to quote the sometimes funny John Safran: depends what you mean by extremist.

The ideas of Bandt are extreme by the standards of the mainstream Australian population, and the policies of his party are extreme as well. The Greens Energy policy alone if implemented faithfully would cripple the country overnight, and their Immigration/refugee policy would destroy whatever was left.

Their ideas are certainly extreme, but does that make them “Extremists”?

For words to have meaning, definitions must be definite and discrete. To most people left of centre the ideas of Pauline Hanson, Cory Bernardi or even Tony Abbott might be considered extreme. For the term “Extremist” to mean anything it needs to be based on something more than a particular individual’s subjective opinion.

Despite how disastrous their policies might be, the Greens try to implement them via democratic elections and within the laws of the land. The current leadership of the party does not advocate the revolutionary overthrow of the state, and no matter how much they hate this country’s constitution they usually stick to the letter of the law. What’s more, unlike the true extremists of the Australian left they don’t advocate violence against their political opponents.

That is the vital point that separates a political extremist from someone whose political views might just be considered extreme. The former advocates for the violent, unconstitutional, undemocratic overthrow of the state and the use of violence against those who dare disagree with them; the latter does not.

What makes this distinction even more important is that within the ranks of Greens there are actual extremists, and in the past year and a half or so a furious internal factional battle has been fought between them and their less radical comrades.

The Saga of Left Renewal 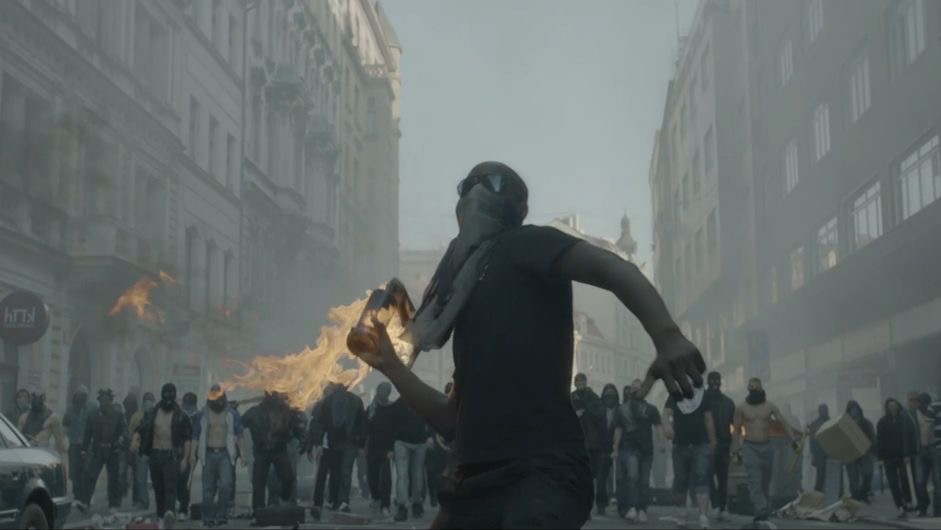 In December of 2016 quite a considerable chunk of the NSW Greens branch published a statement of principles declaring the formation of the “Left Renewal” faction, which boldly avowed that it had come out of the shadows to bring the Greens back to their true purpose of abolishing Capitalism.

They were immediately denounced by the moderate party leadership including current leader Richard “Christmas” Di Natale as well as party founder, former leader and owner of Australia’s most monotonous voice Bob Brown. 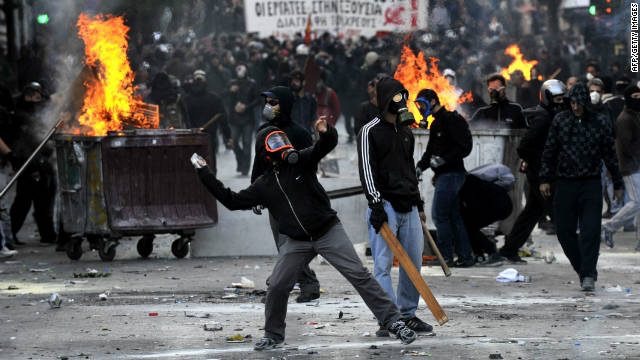 In their own words Left Renewal describe their ideological mix as Anarchism, Anarcho-communism, Platformism (a different slightly-less-autistic kind of Anarchism), Marxism, Leninism and Trotskyism.

All these ideologies advocate for the overthrow of the Australian government by extra-parliamentary, undemocratic and violent means. They are under any definition of the term political extremists. Also unlike the other more mainstream members of the Greens, Left Renewal openly advocates violence against both the police and political opponents.

They justify violence against those they disagree with (usually labelled “Fascists”) in much the same way. Because people merely saying things that Left-Renewal, in their wisdom, considers “racist” or “sexist” or “homophobic” is the same thing as violence, so attacking such people isn’t morally bad. 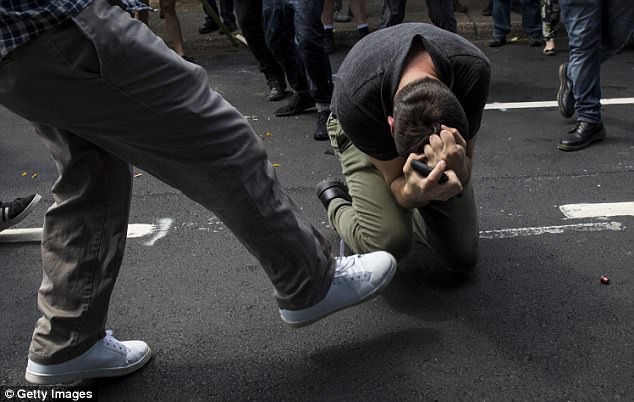 In their thinking, bashing someone’s face in for disagreeing with them is actually a virtuous act because if the heretic were allowed to speak their disagreement it would be as bad as violence. So best to stop the potential fake-violence with actual real-violence, because the “speech” violence allowed by the evil capitalist system is wrong while “noble” violence used to shut up that speech is good.

Unsurprisingly, their Facebook page has links to the Sydney branch of the terrorist organisation “Antifa”.

You either need a lot of education or no education at all to be a good Left wing extremist.

To the surprise of almost no-one Left Renewal seems to have formed around long-time Stalinist Senator Lee Rhiannon. Founding members included Rhiannon staffer Brigitte Holly and Tamara Ryan who served on Senator Rhiannon’s federal parliamentary liaison committee. Ms Ryan in particular is interesting as not only is she a self-proclaimed Anarcho-Communist but was also a part of the Socialist Alternative led mob of red flag waving extremists who attacked attendees at the Milo Yianopolous event in Sydney last year. 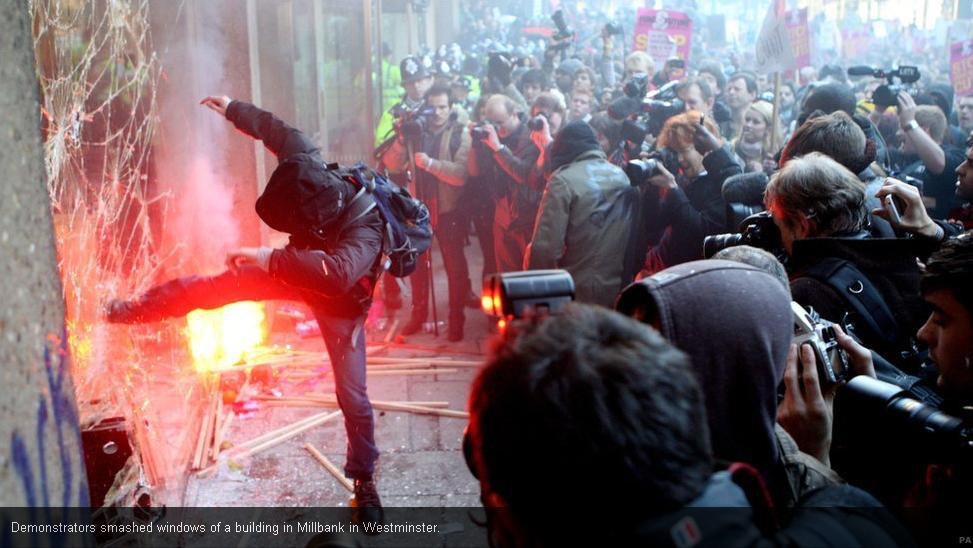 Tom Raue, self-described Anarchist, former Socialist Alternative member and staffer with NSW MP David Shoebridge was another founding member. Tom is best known for being pushed down a set of stairs after trying to attack Julie Bishop, trying to manipulate Anarchist Facebook groups into supporting the Greens, promoting the burning of the Australian flag and being sued by the Student Union he was Vice President of for $50,000.

Both Shoebridge and Rhiannon have received significant support from long-time violent extremist Ian Rintoul and his “Solidarity” group. Members of the extremist Trotskyist group have attended almost all Left Renewal events in Sydney, have written article after article praising the faction in their magazine/website, have campaigned on behalf of senator Rhiannon in internal Greens factional struggles and have even straight up published Left Renewal leaflets on their site.

As reported by XYZ (and nobody else) David Shoebridge and Lee Rhiannon were even featured speakers at the “Solidarity” conference at the University of Sydney in August of last year “Keep Left 2017”.

Needless to say when Ms Rhiannon lost her pre-selection battle to Mehreen Faruqi (a more moderate Greens candidate) Ian and his crew were distinctly displeased.

But Lee and David weren’t the only LR folks hanging around with the loopiest of the loonies. In Melbourne long time violent Trotskyist and City of Yarra Councillor Stephen Jolly, desperate for members after the Socialist Party he founded and built for three decades collapsed and split under the weight of sexual assault allegations, began reaching out to LR affiliated youths.

Judging from some of his earlier articles about the grouping it looks like his aim was less to help the faction and more to try and poach members for his own tiny organisation. Nonetheless a group meeting was held in July and the two groups have maintained contact.

How that relationship will hold up now that Jolly has joined together with two other Trotskyist groups (Socialist Alliance and Socialist Alternative) to make a play for a Victorian upper house seat in a contest where Stephen is openly boasting about stealing potential greens votes is anyone’s guess. Maybe he feels he’s nicked all the young potential recruits he can.

The future of Greens extremism 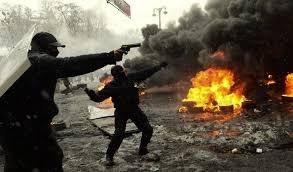 The preselection loss of Australia’s most prominent elderly Stalinist Lee Rhiannon was a blow to the extremists inside the Party. The moderates who believe in democratic change and not burning down the entire country in a fit of spoiled-brat catharsis because daddy wouldn’t buy them a BMW have beaten back the challenge from the extremists. But the fact that the extremists felt they were even in a position to mount such a challenge is a worry not just for the Greens leadership but for the rest of us as well.

As anyone who has watched the extreme left for any length of time knows, these people simply do not stop. You can give them everything they want and they’ll simply come back demanding more. You can make water not wet and fire not hot, you can paint the sky green and make pigs dance in tutus and they’ll still be back again with a new list of demands.

They are the spoiled children of history. They are the fanatical cultists whose God has failed. And unless they are properly confronted, they and their ideological descendants will be with us forever, constantly trying to undermine and destroy our society from within.

We can at least be thankful that despite their extreme ideas the more moderate faction of the Greens has enough sense of self-preservation to sometimes fight back against these violent zealots.