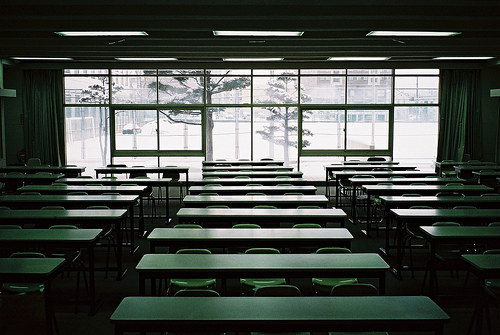 The results of the Australian gay marriage survey are in and the Yes vote won with just over 61% of the adult population who bothered to send in their choice voting in the affirmative. The next step will be for this to go before Parliament where legislation will be drafted to amend the marriage act to officially allow those people in the community who have chosen a homosexual lifestyle the ability to get married.

In other words, Australians have freely chosen state-sanctioned sodomy.

I was under no illusion that the No vote would win. I wrote a couple of articles supporting the No vote a few months ago but I really only did it for the sake of form. There was a good reason why I left Australia and it was the direction that the wind was blowing: towards the putrefaction of our society.

I did find the celebration in the streets from the Yes camp to be highly amusing. Remember that these were the same people who bitterly opposed allowing Australians to have their say on this matter for the nebulous reason of hate. Also, I distinctly recall their warning that having such a survey would result in scores of homos topping themselves in despair. Do we have an official sodomite suicide count for this period? No? I didn’t think so. Funny that.

So what will change when the homos are allowed to officially tie the knot? In a legal sense, nothing at all; homosexual couples already have all of the legal rights that married heterosexual couples enjoy. It has been this way for some time. It is also no longer a privilege to be married. A married couple enjoy no extra benefits as compared to de facto couples. This is part of the reason for all the trouble that we are in.

With state-endorsed sodomy, the first thing that will change will be the sudden increase of ordinary people being prosecuted for wrong-think. This will coincide with a reduction of religious freedoms for any religion that does not begin with the letter I.

We will also have the situation where homosexuality will be promoted as a viable and healthy alternative to being a square and shacking up with someone of the opposite sex. State-sanctioned sodomy means equivocating that homosexuality is the moral equal to heterosexuality.

Where will this be taught? In schools, dear friends. In schools. The last forty years have already been confusing enough for all the little tikes out there. What with fault-free divorce, and divorce not affecting children, and mummy has another boyfriend now, and over 40% of children being born out of wedlock, and daddy is an evil vile monster who must and will be punished by the courts for the crime of continuing to exist after being told to stop by his wife; we will now have a bunch of new challenges to add for all the kiddies to grapple with.

Specifically, the kiddies will be taught that growing up and marrying someone of your own sex is just as healthy and happy and wonderful as marrying someone of the opposite sex. This will happen without fail because of the other nebulous progressive argument which is love. So for all of you parents and future parents, be prepared for little Johnny to be taught from a young age that he can choose to marry little Tommy when he grows up if he wants and that nobody will think bad of him.

The other little hurdle for the kids will be the fact that while most of the other kids have a mummy and daddy, some of them will be out of luck in that department seeing as they have two daddies, or two mummies as the case may be. The progressive activist homo freaks have been spending a great deal of time and energy running around saying that this won’t affect children in the slightest, without any real corroborative evidence.

This is the exact same argument that was used by progressive activists to push through fault-free divorce in 1975. Their argument then was that divorce would not affect children at all. They had no real evidence for this claim but they howled misogyny and harassment whenever anyone dared to challenge them. The end result was that no support system was put in place for children whose parents had divorced because the act of doing so would disqualify by default the activists’ core argument.

Finally, in the late ’80s when there was no danger of fault-free divorce being challenged, systems were finally put in place to support children during such a stressful event. Of course it was too late for all of the children who had had to suck it up for the previous fifteen years.

But this new decision is taking the welfare of vulnerable children to entirely new lows. It is no secret that homosexuals are much more inclined to prey on children in a sexual manner. It was one thing to allow open homosexuals into the priesthood where they could prey on children after choir practice. It’s another thing entirely to invite them under the same roof. But that is what this means. Because the other big development with the change to the marriage act will be the absolute future bonanza for divorce lawyers.

The average homosexual man has over a thousand sexual partners in his lifetime. It is very rare indeed for homosexual couples to stay together, let alone stay faithful to one another. I have no doubt that future homosexual divorce rates will be ludicrous. And all that this means will be a revolving door of new men through whatever unfortunate homosexual household a child is unlucky enough to grow up in. It won’t be a question of if, it will be a matter of when.

The left has made out that this vote was about the people who want the right to get married irrespective of their lifestyle. But marriage is and never has been about two people. It is about the children of that union and the care and nurture that they require. And it is about the ever-expanding rings of relatives that surround that family unit. The aunts and uncles, the brothers- and sisters-in-law, the grandparents and great-grandparents, and the cousins. As a commenter on Catallaxy Files put it:

“Relationships that span horizontally through communities and vertically through generations. Marriage isn’t about two individuals. It’s a complex cluster of relationships between a partnership and community. Legal marriage acknowledges this complexity, as demonstrated in contentious divorces where guardianship of children can devolve to relatives, and in contested probates.”

Allowing state-sanctioned sodomy into that complex system, a system that has sustained us as human beings for millennia, is a recipe for disaster. The only upside is for the short term feelings of homosexual couples. The potential downsides are much greater and far reaching. But the left only operate on emotion and feelings. Their entire reason for existing is change for the sake of change itself. Preservation is anathema to them. And as such they can only destroy.

As always, the real victims will be the children. But in the longer term it may well be our society itself.