Editor: Here is an encore from Lucas Rosas from April 5, 2017 on Malcolm Turnbull’s light hnd when it comes to their ABC. It is a good follow-up to this morning’s exposé of Christopher Pyne’s treachery in using leftist mouthpiece GetUp! to attack more conservative members of his own party.

In the Old Testament there is a passage where Abraham pleas with God to save the city of Sodom, begging the almighty to spare the town if a handful of righteous men could be found living there.

If the events of recent weeks are any indication it’s beginning to look as though only a handful of righteous men and women remain in the Parliamentary Liberal Party. 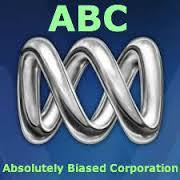 And nothing could display this further than Turnbull’s recent appointment of Justin Milne as Chairman of the ABC.

Back in the dark mists of the Howard era, what to do about the increasing power and influence of such an influential publicly funded broadcaster with such a marked ideological leaning was a perpetual issue.

For most of the Howard years, ABC TV’s masthead political programs were anchored by Labor-affiliated journalists, and even former Labor Staffers such as Kerry O’Brien, Barrie Cassidy and Maxine McKew. Stunningly, McKew eventually stood as an ALP candidate and toppled Howard himself in his own seat.

Howard made a few small budget cuts and appointed some fiscal conservatives as chairmen and board members. While his attempts to stall the behemoth had little long term impact, the consensus amongst everyone on the right, from Classical Liberals to Conservatives was clear; the ABC was the enemy.

Howard might have been an incompetent milquetoast in the Culture War but at least he recognised that he was in one.

This focus on “our” ABC wasn’t an idle curiosity. As the years moved on and as other media providers continued to cut costs due to declining advertising revenue, the ABC and it’s smaller, semi-retarded cousin SBS squatted like ever larger, ever uglier cane toads across the Australian media landscape.

By some accounts the ABC alone now employs more journalists than all the other news providers in Australia put together. What this means is that almost all the money currently being spent on in-depth colour content and quality investigative journalism is being poured through a leftist sieve. 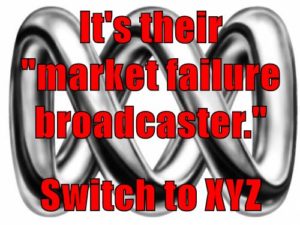 One example is the recent foreign correspondent episode reporting from the socialist wasteland that is Venezuela. While admitting that the revolution had produced sub-par results, the presenter tried to portray the dissident opposition as out of touch rich people and somehow managed to turn the last five minutes into an attack on Donald Trump. Amusingly, almost any admission that the exact same presenter had made another report for the ABC from the country almost a decade ago where he applauded the wonders of the Chavez regime was absent. Funny that.

While Howard might have failed to put a leash on the dragon, Turnbull has just appointed a man to chair the ABC who genuinely believes that there is no bias in any of the public broadcaster’s political coverage.

Justin Milne, the man Turnbull has appointed to be more or less in control of the most powerful institution outside academia that the left in this country has for pushing their narrative, had this to say about ABC bias:

Seriously, he actually said that.

That’s not even mentioning XYZ’s favourite person and future host of Playschool Waleed Aly; or even Richard Glover, the Sydney Drive presenter that gloats in the Washington Post about how he and the rest of the Australian media manages to keep dirty populists like Pauline Hanson in check.

But let’s be fair, to balance things out they do employ Tom Switzer. A softly spoken, fairly moderate conservative, whom while being against the absurdity of same-sex marriage has also publicly stated that his main concern on border control is that we stop illegal arrivals to keep the population quiet while they are being demographically replaced by legal arrivals.

That’s some real balance you’ve got there Justin.

Turnbull sees the ABC as a natural ally and the majority of his own party room agree. With this appointment he has guaranteed that there is no hope for even a mild pruning of the ever growing, tax-sucking octopus for at least five years, and probably ten.

Considering the exponential rate of growth in the budget of both the public broadcasters in the last fifteen years and the relative decline in their competition, the parasitical ticks who infest the hallways of our “Aunty” might finally achieve their dream. An entire national political narrative shaped for them, by them and with all other worldviews shunted to the naughty corner.

This is what Turnbull has done, and no-one, not even the supposed ‘Conservatives” in his party have even raised a peep.