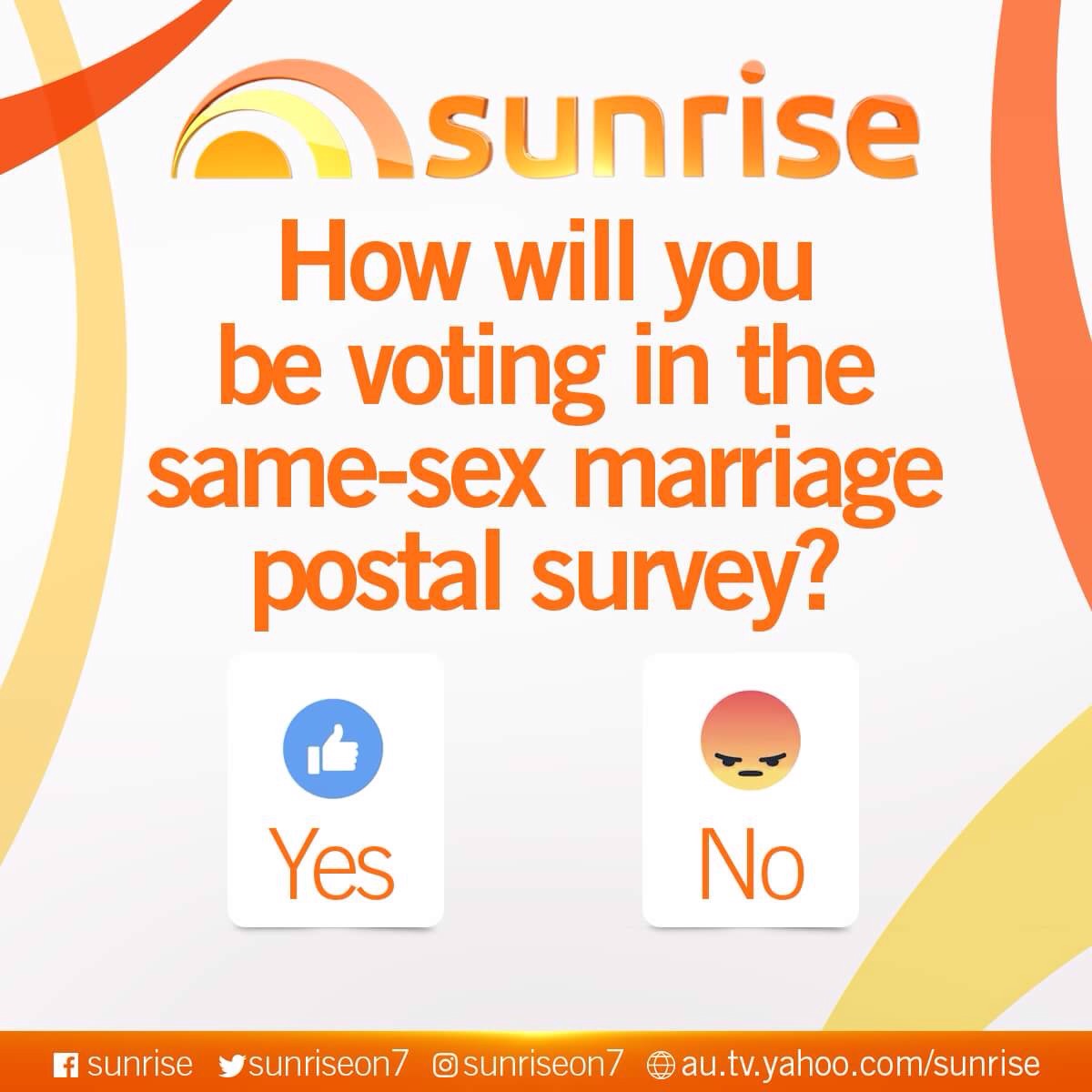 Well, it’s a landslide of like votes for same sex marriage on Sunrise’s Facebook page. 29 323 thumbs up, to 2800 angry faces at last count. But here’s what we suspect the poll really looks like:

1677 Thumbs Up – Saw seven of their friends like this post. Just liking to throw the angry mob off the scent.

67 342 No Like or Angry Face – Would absolutely love to Angry Face this, but deathly afraid of the consequences of doing so in regard to intolerant family, friends, and employers.

2800 Angry Face – Have taken the same position that was totally reasonable when Penny Wong took it in 2010, Hillary Clinton in 2012, Barrack Obama in 2008 and Julia Gillard up until 2015. We can logically assume that the 2800 are either against same sex marriage, or at least have political aspirations that trump personal morality.