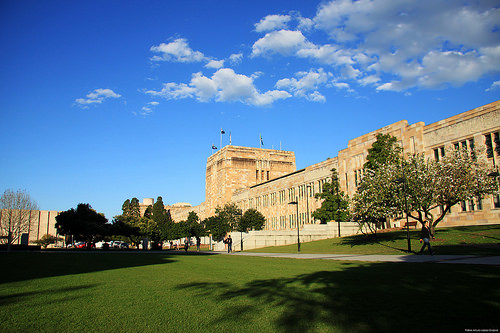 Addendum: It has come to the attention of The XYZ that the University of Queensland no longer conducts entrance interviews for medical students.

The following story was sent to The XYZ by a reader.  Some grammar and spelling has been edited, and names removed:

This is something that the general public knows nothing about. It is a true story, and why I know that is because it happened to my own son. It is of a long story so I will do my best to keep it as short as possible but there are details you need to know..

My son received 434 in his HSC. He then went to Sydney University. He wanted Vet but missed by 4 marks. So he did Science with the thought of transfer. Then decided against it. He completed science, then went to the University of Queensland where he did his honours degree, coming out with first class honours. Then he started his masters degree in cardiovascular imagery. This put him working with doctors who convinced him he should be doing Medicine – a country boy, and knowing how desperate regional Australia is for doctors as most are now from overseas.

So he sat the GAMSAT exam and was in the top 10%. When you receive an invitation for an interview, it is taken you are accepted. At that time they know every academic mark you have received from school onwards. So along to the interview my son goes. but, in the interview he was asked, “What is your opinion on immigration.”

My son replied “Close the gates on immigration until the country can decide the population in can support”.

The interviewers jumped on him with “Our country needs immigration as our economy depends on it”.

To this my son replied, “I’m not an economist and you asked for my opinion only”.

The interview finished and within 7 days my son received a letter of rejection.

I wrote to the AMA who told me they knew this was going on but had no way of stopping the universities as they are a law unto themselves. I wrote to our local Federal MP at the time, who was furious. A country boy wanting to be a country doctor. He wrote to the university asking why. They wrote back saying “—- —- is only an average student” This was obviously a lie as they had all his grades and still invited him for an interview. But it put an end to my being about to do anything about it.

The doctors —- was working with were also very upset, saying he should have know when it comes to Australian universities, you must answer left-wing. You get two chances, so the doctors “coached” him on left-wing answers.

Yes, he did go back and yes he is a doctor, but what are political questions doing in our universities?

This is not an isolated case, as I put this story in my group a number of months ago and an ANU student wrote back saying it was also done to her. They had a group discussion on women’s rights and she made a statement “in Islam women don’t have rights”. She was pulled aside and told if she ever mentioned anything like that again they would remove her from her course, and they would make sure she was never accepted into any other Australian university. How can the Government allow this to happen? Meanwhile, we bring in overseas doctors and never ask their political views.