This article was originally published on 6/9/2017 at http://www.rodlampard.com/ 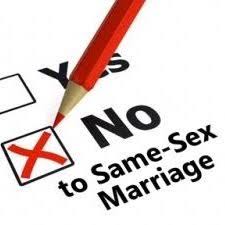 I purchase the Wednesday edition of The Australian, not only for the mid-week news coverage, but also for the commentary. Given the hostile nature of the debate and the level of excellence I admire Janet Albrechtsen for, issuing this response is either really smart, or really dumb.

That remains relevant, of course, only if a high court challenge to the planned Government survey (plebiscite) on SSM, doesn’t overrule giving Australians the right to voice their opinion, on this issue, in a democratic way.

What hasn’t been blocked, although major attempts from SSM advocates have tried to do so, is the debate.

Today, in The Australian (p.14), Janet Albrechtsen, a libertarian conservative, laid out her reasoning for having changed her position on same-sex marriage. Janet argues that protecting/preserving freedom – liberty – is the reason conservatives should vote “yes” to SSM.

The problem with this position is that for freedom to exist, it must be governed. If not, why have road rules and enforce them? Why have flags on a beach to protect swimmers from unknown dangers? Why have workplace safety laws?

If I understand correctly where Janet is coming from, it is a secular humanist view of humanity. This view sees humanity as inherently good; therefore it has no problem with advocating absolute personal freedom, but that position has a distinct lack of accountability and individual responsibility. It turns a blind eye to the blood soaked ground of the 20th Century and blurs the crimes committed in the name of liberty, during the Reign of Terror in the late 18th Century. This position rejects the Judeo-Christian pillars which form the foundations for the very liberty, Janet says she wishes to protect. To argue that by voting for SSM, a person is preserving freedom, is myopic. It is short-sighted.

Freedom exists in limitation. Edmund Burke wrote, “liberty must be limited in order to be possessed”. Karl Barth, who stood up against Hitler, carefully stated: ‘Where there is no genuine authority, so there is no genuine freedom. There is only action and reaction between a despotic arrogance and an equally despotic despair. (C.D.1938, p.646)’.

Likewise, C.S Lewis, states in the Abolition of Man that, ‘the heart never takes the place of the head: but it can, and should, obey it.’ To vote for SSM based on an idea of absolute personal freedom, no matter how sedated that might be, is as senseless and dangerous, as the words “love is love”.

I’m not yet a card-carrying conservative, but I do consider myself an ally in some of their current causes. Janet’s newfound position on SSM and her arguments for why conservatives should vote “yes” to SSM, isn’t a convincing one.

To her credit, the abuse of SSM advocates towards their opponents is acknowledged, but that Janet didn’t address the broader concerns, such as the long-term effects and the consequences of SSM on society as a whole, is the equivalent of dismissing the elephant in the room.

After holding out against the gathering storm, Janet, now seems, sadly, to be saying, “I’ve had enough of all the whining and tantrums. Just give the children what they want, or we’ll never hear the end of it.”

Burke, E. Letter To The Sheriffs of Bristol, (Sourced 6th September 2017 from https://archive.org/stream/sheriffsbristol00burkrich#page/42/mode/2up/search/liberty

In 2009 Rod starting studying a degree through Tabor College Adelaide, graduating from there in 2013 with a Bachelor’s Degree in Ministry & Theology. You can read more of Rod’s work at http://www.rodlampard.com/