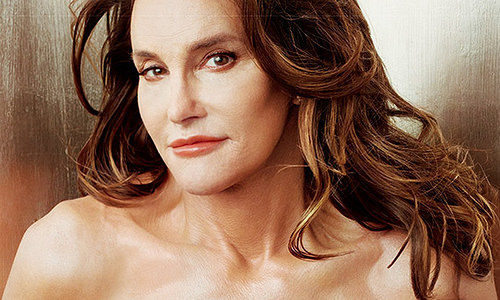 Some of our readers may be aware of an organisation known as the AFL. As an outsider it seems to be an Ultra-Left political group that also has something to do with sports. Not sure, this author’s sporting interests lie elsewhere. Also, they are apparently foolish enough to let women play professional sport. Which is clearly a slippery and dangerous slope as they will be wanting the vote next.

Readers may also be aware of a recent bit of AFL-related public humiliation involving Sam Newman. For those who don’t know, Sam is an ex-player who has evolved into a minor television personality, and one that knows that some days you get to voice your own opinions and on all others you do exactly what the HR department tells you, or you can go find a new job. The story goes that during one episode the topic of Bruce Jenner came up during the banter. Sam, clearly not briefed by the moral elites before the segment, stammered briefly over the he/she/it concept. So far, so innocent.

A few days later however Sam was dragged out to awkwardly beg forgiveness for his hideous crimes, using the excuse that he didn’t know that calling a transgender person by their old name, or using their old gender pronouns was incredibly offensive. Regular readers of XYZ would have no doubt already seen the video and know the backstory, and for those not up to speed it is probably easiest to read the associated XYZ article rather than waste needless time on a flashback sequence.

Anyway, once we are all up to speed on the subject we are left with an interesting question, namely, who actually is Caitlyn Jenner?

We are informed via Sam’s submissive display that it is apparently deeply offensive to mention gender history or to use the incorrect pronoun. Caitlyn Jenner is NOT allowed to be referred to as a male. That would be wrong. You cannot link to the past. Reminding, even accidentally, that someone once owned a penis is the height of all evil, so we shall not do so.

The point is that Bruce Jenner, back in the day, competed in the Olympics as a man and came away with some rather nice awards for doing so. Whether you consider the Olympics to be a serious sporting event or just a charity event for minority sports no one otherwise gives a toss about is a personal preference, but the point remains that Bruce was very successful, broke a few world records and did rather well out of it all. So well in fact that it could be argued that the majority of his fame and success sprung solely from that 1976 gold medal.

In comparison, Caitlyn Jenner was declared publicly in July 2015 and legally in September, which means at time of writing Caitlyn Jenner is legally less than two years old.

Which brings us back to the point being raised earlier. Referring to Caitlyn as ‘he’ or ‘Bruce’ is apparently the height of all evil, however the vast majority of the Jenner life experiences and fame come from the ‘Bruce’ period. Jenner competed as ‘Bruce’ and as a ‘male’ during the Olympics that gave him success, not as ‘Caitlyn’. If we are to respect someone’s personal wishes, and to be honest one should always attempt to respect someone’s personal wishes provided they do not infringe on one’s own quality of life, and we are not to refer to Jenner as ‘Bruce’ or he/him, then where is this dividing line actually placed?

If the ‘Bruce’ part of Jenner’s life is so off limits, then the honest question of what exactly ‘Caitlyn’ has ever done and why we should pay so much attention to her does become rather valid.

If Caitlyn, (or maybe more correctly the masses of our virtual signalling Social Elite) insist that one must never refer to Jenner as “Bruce” or “he”, then are we equally valid in no longer acknowledging the achievements of Bruce?

And if that is in fact the case then who exactly is Caitlyn Jenner? Have they actually achieved anything truly worthy of note, or are they just famous for being famous?

We are your XYZ and our pronouns involve alcohol.