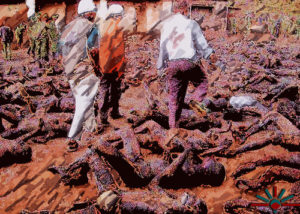 Scores of Muslim men, women, and children have been slaughtered in a textbook case of ethnic genocide by Buddhist security forces in Western Myanmar. But you probably wouldn’t know about it from looking at the rainbow filled news feeds of your painfully progressive friends.

If scores of Muslims were being ethnically cleansed by people of a particular ethnicity on ‘the wrong side of history’, you’d no doubt be hearing about it ad nauseam until roughly around Chrismas of the year 2037.

But this one gets a little tricky. Because however cool the left thinks that Islam is, Buddhists are way cooler. Genocidal or otherwise. That’s just one of the reasons why you aren’t seeing earnest Facebook posts about the Muslim Rohingya minority who are getting the full ethnic cleansing treatment with a whiff of incense and a pinch of karma as we speak.

Even the fact that hundreds of thousands of Muslim Rohingyas will soon be pouring across the Bangladeshi border as stateless refugees won’t buy them enough intersectional equality credits to usurp the way cooler Buddhists, or even to steal a little thunder from the same sex marriage slacktivism.

The ABC and a few others are begrudgingly reporting on the crisis, but only in a superficial sense. Note that they are downplaying the religious denomination of those who are committing the atrocities.

It’s just not cricket to openly acknowledge the capacity of cool Eastern religions for violence when you work at Ultimo, have been on a spiritual journey to Nepal several times, named your daughter after a Hindu deity, and your default position for the connection between violence and religion is “but what about the Crusades?!?!”. 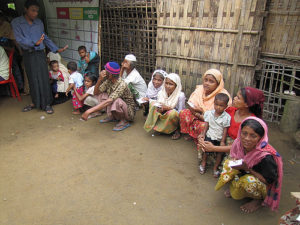 Aside from the awkward slaying of left identitarian Dragons, the dire situation in Myanmar is also worthy of being largely ignored by progressives because actual Muslim genocide perpetrated by Buddhists is deemed as less of a pressing concern than Trump saying a few mean things about Islam; and both pale in comparison to their current obsession; the debate about same sex marriage domestically.

Adding to the awkwardness, this particular genocide seems to have been triggered by the destabilising activities of a foreign entity that isn’t the good old whipping boy of painfully progressive media pundits wishing to wag the finger over nation building. Easy enough when it’s the U.S. of A. It’s a slam dunk, a pile on of old white men in Washington. Not so easy when it’s an ideology that the well heeled, left-leaning chattering classes keep trying to frame as peaceful, feminist, apolitical, and without ambitions of conquest.

It’s entirely conceivable that in a few decades’ time, children will be asking their perpetually outraged elders why they were so distracted by the issue of same-sex marriage when a genuine human rights calamity involving brown people abroad was going down. An open and shut textbook case of white privilege if ever we saw one.

To be fair though, it’s nigh on impossible for your average progressive journalist or virtue signalling social media commentator to show any empathy whatsoever for these people, when most of them are very agreeable in principle with getting rid of a section of society with real or perceived economic prosperity, and taking all of their stuff so that it can be redistributed to the party faithful.