It happened again the other day. Some colourful banter with an otherwise intelligent person on the merits, or lack thereof of various mainstream media outlets. I try to avoid political discussion out in the real world for the most part. You’ll never get anywhere with people who usually haven’t done any research, and are just virtue signalling for the most part.

But I do try to explain the real ideological differences between mainstream media outlets when they begin to play team sports in that regard. The hope is that they’ll at least think about the the reason that news is being disseminated to them in the way it is. It’s a follow-the-money sort of approach. Not exactly the same, but not that dissimilar either.

The main point to remember is that most people are wrong in their assumption of how their favourite and most reviled news outlets operate, and why they frame narratives as they do.

The person I spoke to yesterday had a fairly typical viewpoint of one trying to proudly align themselves with others ‘on the right side of history’. 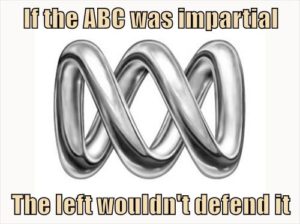 In a nutshell, they believed that ABC, BBC, The Guardian, and CNN are noble, accurately reflect mainstream opinion, and are above board. Fox News, The Daily Mail, and especially The Daily Telegraph were of course right-wing gutter trash.

These people always assume that anyone who dissents with their opinion is a paid-up Telegraph subscriber. It’s one of their go-to inexplicable stereotypes in a worldview that sees everyone as one dimensional, in a case of textbook identitarianism.

This person thought that their ten second elevator pitch was all the explanation that would ever be needed, and when pressed couldn’t really elaborate further in any satisfactory manner.

The best example that they could give, in the heat of their mind exploding at anyone daring to question their painfully simplistic worldview, was that ‘CNN has accurately reported that Trump is crazy since day one’.

I pointed out that a Brietbart reader could probably make a strong case for the President being Messianic, based on using the same methodology of shaping their worldview from only the news outlets that completely align with their ideology.

I grew up when conservatives (and Christian conservatives in particular) genuinely did have a pretty solid stranglehold on culture. These were much simpler and more genuinely prosperous times (if you equate happiness and genuine well-being with prosperity) in my opinion. It had a pretty interesting effect on the way we were educated by teachers who had obvious socialist leanings. When we were taught about media, the first thing they taught us was about bias in media. 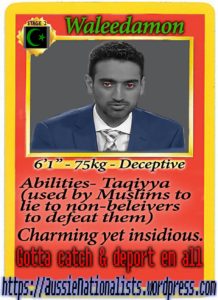 Bear in mind that in those days, you didn’t have Waleed Aly or Clementine Ford types overtly peddling social engineering as hard hitting news and current events. By and large, news was sombrely delivered by old white men of the sort that my Marxist teachers were probably hoping would hurry up and die.

So they dutifully taught us how to question what was reported, how to spot media bias, and how to think about who might benefit and why things were reported on in such a way. You know, the kind of things classical liberals are supposed to do. These were valuable lessons.

Teachers don’t get too bogged down on teaching students about media bias nowadays, unless it pertains the narrow sliver of alternate media not celebrating degeneracy or gleefully accelerating the fall of western civilisation, or the even narrower sliver of wrong-thinking mainstream media.

Little did they know that I and many others would later use this invaluable tool of seperating the wheat from fake news chaff to question their version of events decades later, when they were dominant in the Culture War for the period between 1995 and 2015.

So let’s break it down. What are the differences between the CNN’s, BBC’s, ABC, New York Times, The Guardian, and their ideological opposites like the Daily Telegraph, Daily Mail, New York Post, and now defunct News of the World?

The simplistic view from both the left and the right would be similar. ‘That’s easy’ both might say. ‘One lot leans left, the other lot leans right’. Again, that just isn’t a good enough answer.

CNN, BBC, ABC, the New York Times, The Guardian, and most mainstream media outlets are purely ideologically driven. They are post-modernists, so it’s impossible for them to notice things like patterns and trends, or to entertain other opinions. That’s why you’ll see a token lefty columnist in the Telegraph, but never a token right-wing opinion piece in a Fairfax publication.

They don’t regard hard science as pertaining to anything other than an a-la-carte discipline to be utilised occasionally when convenient (climate change), and quietly ignored the rest of the time when it disproves their hypothesis (gender).

A decline in readership or viewers is always blamed on the consumers themselves. Their viewers or readers need to evolve. There is never any reflection upon whether the outlet itself has lost focus on relevance as a priority.

The few conservative publications (or those that appear as being to the right of Jane Fonda) and news networks operate quite differently. While conservatives may be calling the shots, ideology isn’t what drives them. Circulation and viewership are. Prioritising the number of eyes on television screens or on the printed page is considered to be beneath the editor of the New York Times or the programming director at the ABC. But for the Daily Telegraph or Fox News, they live or die on it.

These so called right-wing outlets really aren’t that conservative in an ideological sense, but largely in a business sense. You’ll find that even though they are sensational and very much of the ilk of Fleet Street tabloids, the News Corp’s and Daily Mail’s of the world are far more accurate predictors and reflectors of public sentiment than their more high brow peers.

Of course they’re low brow and trashy. Why is this? It’s simple. Forget the portrait of society that CNN or Fairfax tries to paint. That portrait has no cultural relevance to wider society, so why would Fox News or Daily Mail waste their time?

Most people like low brow and trashy. For better or worse, they vastly outnumber the people who are genuinely interested in the theatre section of The Sydney Morning Herald. Most people aren’t even that political. They want to read about celebrities who don’t talk about politics, guilty pleasure television, fad diets, and shonky tradesmen finally getting their just desserts. 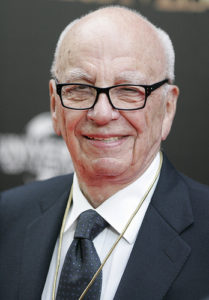 This is the bread and butter of Newscorp. Not politics. This is what helps the bottom line. It’s incredibly naive to believe that Rupert Murdoch has any kind of agenda (conservative or otherwise) that takes precedence over increased circulation or wealth. It’s all about listening to the masses, and giving them more of what they want.

Newscorp and other conservative branded outlets are more connected to the average person because they keep an ear to the ground and pay attention to the Zeitgeist, while postmodernist outlets choose instead to forsake what really interests readers and viewers in the favour of a micro-managerial agenda of social engineering, and pandering to the dark corners of a fanciful socialist utopia.

So yes, there are major ideological differences between Fox News and CNN. But it isn’t as simple as a left or right issue.

At the end of the day, Fox is merely a response to market demands. Trump won. Obviously they have an understanding of their market that was validated by an election. It is beholden to the attitudes of the silent majority. CNN on the other hand is attempting to feed the market what it thinks that it should be consuming, regardless of what it is screaming out for, or what is of interest to it.

One approach is cooking on demand, the other is nothing short of force feeding.

Social justice warriors are loud and annoying, but they are few and don’t buy newspapers. The likes of The Wall Street Journal and Sydney Morning Herald prioritising the whims of a lunatic fringe over the overwhelming majority of ordinary people with ordinary views isn’t just insidious social engineering, it’s bad business.