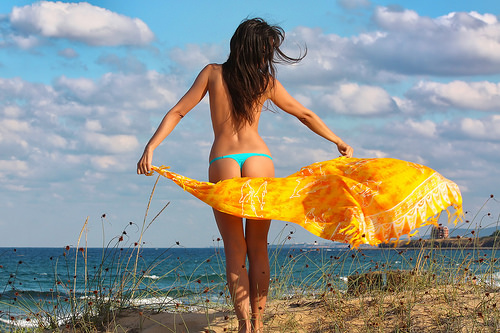 An unintentionally hilarious article in The Australian today: All the indicators are pointing to a dearth of women in economics.

“I wholeheartedly agree that the lack of women in senior roles in business and economic policymaking is bad for our economy and that we are ‘missing out on the potential contribution (women) have to make as our most senior economic policymakers’.”

No reason or evidence is provided as to exactly why the lack of women in these senior roles is bad for the economy. As with everything else to do with feminist ideology, it is simply made up on the spot. If the female writer of this drivel is desperate to cast around for a reason as to why there’s no chicks up there in the stratosphere, this example of a distinct lack of empirical evidence to support her wobbly premise is all that she needs to know.

The funniest line in the whole piece comes immediately after:

“A lack of senior female figures across the sciences is well known, but there is equally a problem in the social sciences. A US study of female academics in social sciences found women with children were less likely to be in professorial roles.”

Not only did they need to do a study to tell them the bleeding obvious, they still can’t see the bleeding obvious when it’s directly in front of their faces. You want to know why you’re not getting the pointy roles in the big end of town? This is the reason you’re not getting those positions, you stupid, rent-seeking, useless harridan. Not because you have kids, but because you wouldn’t be able to recognise reality or a logical fact if it slapped you over the head with a rolling pin.

But I digress. What is heartwarming about this article is the fifty-odd comments that follow it. Not one, and I repeat, not one is in support of this obvious nonsense. The most telling comment came from someone called Melissa:

“The comments to this piece are extraordinary – not one seems to be in support of the author’s position, yet a year ago the choir would have been echoing the call to diversity, trying hard to be the loudest voice signalling their virtue.

“Has there been some turning point in people’s views? Or have people (men, it seems) looked around and decided they don’t care if they’re politically correct, and that they’re going to say what they think anyway? Perhaps the tide is turning on political correctness and the appeal to victimhood.”

The Fonz has jumped the feminist shark, baby.

Here’s the really rewarding aspect of all this: women were told that they could selfishly have it all; the stupid dunces believed the pretty lies; they went out of their way to dedicate their most productive and fertile years to believing the bullshit; and yet not only has it come about that they can’t have it all, but they can’t even be successful in the professional side of what they were promised.

Don’t believe me? Well, how do you explain the fact that if the sexes are hidden then men are far more likely to get hired than women?

“Researchers assumed that removing gender identifiers from an application would make it easier for women to obtain employment in senior positions that have traditionally been dominated by men.

“’We anticipated this would have a positive impact on diversity — making it more likely that female candidates and those from ethnic minorities are selected for the shortlist,’ said Professor Michael Hiscox, a Harvard academic. ‘We found the opposite, that de-identifying candidates reduced the likelihood of women being selected for the shortlist.’”

There you go, girls – it’s all been for nothing.

Why this is a surprise is beyond me. Men don’t go and forge a professional career because their greatest wish is to toil in the office for eighty hours a week as they slowly grind their way up the professional totem pole.

They do it to get laid. Men will do anything to get laid. The greatest achievements known to man, the biggest bridges, the tallest skyscrapers, the most successful companies, the greatest inventions, all of it was driven by a desire to get the girl. That’s biology. A few million years of natural selection going: hey, the guy who kills the most woolly mammoths gets the hawt chick.

That’s why we do it, ladies. That’s why we go to work. That is what drives us. But you don’t have that drive. It’s not in your biology. It’s not in your DNA. You think turning up to work is all that’s required. Well, it is if you want to punch a clock. But if you’re driven to mate with the hottest chick you can find, then you’ll go way beyond what’s expected of you in a professional sense to achieve that.

Your entitlements are meaningless in the face of this biological reality. You were always doomed to fail by your very natures. Oh, sure, a few of you got there, but those outliers always existed even before the feminist movement jacked itself into this make-believe world of women being able to have it all.

How saggy are those boobs of yours? Oh look, there’s a hawt young chick of the week standing over there.

You’re invisible to us and your careers are literally meaningless. And now society is beginning to realise that you bring nothing to the party.

What a beautiful time to be alive.