I have a love hate relationship with Pauline Hanson and Donald Trump. One one hand, they were at the beachhead, saying and doing things that allowed others to safely land on the Normandy beach of the fightback against Cultural Marxism without getting machine gunned in the water. On the other hand, they do have that clunky suicidal streak that soldiers who race up the sand to take out a machine gun post tend to have, while their more measured allies inch up the beach. They get a lot done fast, and gain a lot of ground early, but once things stabilise and the occupation begins, those at the tip of the spear can be a bit awkward, clunky, and ill-equipped for the requirements of more conventional warfare. Particularly the conventional warfare that is mainstream politics. 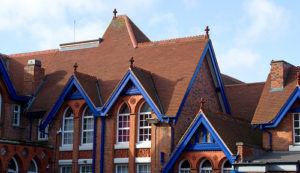 Hanson made some rather clunky comments this week regarding autism, but the interesting thing about them is the outrage over what has basically been accepted logic on all sides of the political spectrum over decades, and indeed a bugbear over the fact that there isn’t enough of it. Identity politics and preferential treatment based on race or gender is nonsensical claptrap, but I think that anyone with a modicum of commonsense can agree that profoundly autistic children (I’m not talking about children mildly on the spectrum and neither does Hanson) need more specialised and individual care in regard to the education system than an average child.

We have special needs classes for a reason. Governments of all stripes have been trying to cut corners in primary and secondary education since day dot. There’s no utopian solution to education regardless of what the left tells us. Stuff costs money. We all want children to have the best possible start in life. If we go down the progressive road, they’ll have an incredible education before being thrust out into a hopelessly depressed economy. If we go down the conservative route, an adequate education would be for a select few (ironically education of the latte left would remain largely unchanged) who would then go out into a booming economy with a lot of opportunities for them, and different opportunities (but still nothing to scoff at) for everyone else. I know which version I prefer.

Which is what makes the reaction of the left to Hanson so bizarre, yet sadly so predictable. Hanson isn’t advocating that we lock autistic kids away in attics. Anyone with ears and a brain can see that she’s DEMANDING MORE SPECIAL NEEDS CLASSES AND SUPPORT FOR FRONTLINE TEACHING STAFF.

A very commonsense position, and one that you’d assume would be a slam dunk left position. More support for special needs. More funds. More big government. But that’s working on the assumption that this rebranded Marxism that has deftly replaced class with identity actually cares about the welfare of anyone they champion. They don’t. All of this claptrap is just about consolidation of power. Every oppressed group being championed (the autistic being the latest) is nothing more than grist for the mill of socialist totalitarianism.

One of the most obvious tropes of Cultural Marxism is the prioritisation of feelings over outcome. Donald Trump hurts the feelings of Muslims with his comments, and therefore is worse than Obama who says only nice things about Islam, but has killed more of them by executive action than any sitting President. It’s racist to acknowledge the widespread violent abuse of women, children, and camp dogs in remote indigenous communities, and more socially acceptable to look beyond all of this, and focus on microaggressions by the ancestors of unempowered convicts. It’s Islamophobic to connect an ideology to any wrongdoing, even at the expense of decades of abuse in Rotherham, or children being obliterated in Manchester.

And now we see the same tired charade of feelings trumping facts and a desired outcome, this time being the best possible learning environment for children of all abilities. When we demand inclusion and diversity in classrooms, the Turnbull government will only too gladly cut back on funding for special needs classes. So will a Shorten government. And when the virtue signalling media who demanded diversity and inclusion at the expense of both autistic children and children without special needs complain about it, the justification will be simple and brutally effective:

Similar justification will be used to silence parents of autistic children who are understandably outraged at the lack of special needs classes. Obviously their bigotry runs so deep that it extends to their own offspring. How dare they not believe in forced diversity and an equivalence of outcome that dictates that every child in an overcrowded and disruptive classroom will be able to achieve a desired outcome if we just hamper the best and brightest students with disruptive elements to ensure that their outcome is the same as everyone else.

Perpetually outraged commentators have opened a Pandora’s box of educational austerity on this one. In their obsession over feelings above wellbeing or outcome, they have given all future governments the enviable advantage of being able to genuinely attack the education system under the guise of progressivism and inclusivity. This might be a problem if Cultural Marxists actually cared about autistic children. They don’t. Just like they don’t care about women, gays, Muslims, or anyone else on the oppression pyramid. They only care about their feelings and the political power that comes with those feelings.