The good wife and I are looking to purchase a home in the country to which we are moving which is located somewhere in Europe. Average housing prices are around 2 to 3 times the median salary. By contrast, here in Melbourne they are around 9 times the average while Sydney is well over 10 times, with the average house price now clocking in at over one million big ones.

We never planned to buy but then we saw the prices and after getting over our initial shock we set things in motion. Australian house prices are pretty crazy but Sydney and Melbourne are simply out of this world. Poor government policy is partly to blame, mostly by governments continually trying to “fix the problem” instead of simply getting the hell out of the way. But governments today always have to be satisfying the media that they are doing something, while voters continually vote along the lines of ‘what’s in it for me’ instead of ‘what’s in it for my country’.

But immigration has had its part to play as well at distorting the market, and it just might be the factor that pushes the whole crumbling edifice over the edge. The single biggest immigrant groups in Australia at present are the Chinese and the Indians, and each group has clustered around two major cities which are, you guessed it, Sydney and Melbourne.

In the taxi on the way home from the airport the other day I had a rather interesting conversation with the Indian driver. It began when he mistook me for some type of businessman and asked me my opinion on the local economy. After I reeled off a bunch of reasons why I think it’s a gigantic bucket of shit and about to fall faster than a sumo team in a broken elevator, my driver warmed to my frank and honest manner. 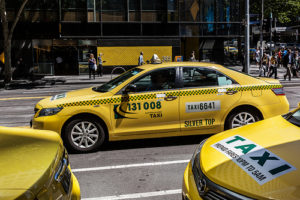 It turns out that he is also of the same opinion and he is rather worried that he has wasted his investment. The investment in question is the money that he spent on an IT degree in Melbourne but which was really just a method of obtaining Australian citizenship. My overseas readers might be surprised to hear that it’s possible to weasel your way into this country by paying for a degree, but our governments have been falling over themselves to throw citizenship at anyone with the cash to stump up for just such an undertaking for quite some time now.

Of course, studying is a little bit hard; I mean, you have to at least look like you’re pretending. And my taxi driver was a little perturbed that the IT degree which he purchased really isn’t worth that much in the local economy. It turns out that there are quite a number of Indians here with very similar degrees. Thousands even.

I had no qualms in telling the taxi driver that I thought that the whole system was horribly corrupt and that we had sold our country down the river for the sake of a few bucks that go to universities that are taxpayer funded into the bargain. To my surprise he completely agreed with me and he said that such a thing would never happen in India, corrupt as it is.

On the subject of corruption I then spoke about how Australia used to be a high trust society but was slowly morphing into being low trust, like India. My driver then told me with great enthusiasm about the numerous examples of the caste system that he had encountered right here in Melbourne. I asked him if it was a little depressing to pay a lot of money to escape from such a caste system only to discover it here in Australia. He agreed that it was somewhat of a miserable situation.

But then we got to speaking about property and that was where it really got interesting. He said that on average each Indian immigrant that he knows has three properties that have been purchased with funds from the individual’s wide family contacts back in India. The idea is that the immigrant is the forward scout who obtains citizenship and then is able to funnel the money out of India and into property which are purchased with the long term aim of bringing in over time the rest of the extended family.

While many Indians use the university pathway to achieve this aim the easiest method is the 457 foreign worker visa. Similar to the US HB1B, the 457 visa allows an Australian business to sponsor a foreign worker if they are unable to source a native Australian for the job. Originally intended for brain surgeons and the like, it has been completely rorted to include menial service workers in gas stations, fast food outlets, and restaurants, amongst others.

I asked my driver how it works. He asked me if I had ever noticed that there were many Indian restaurants in Melbourne that never seemed to have any customers. I have indeed noticed this trend and I had sometimes wondered just how they were paying the bills. He explained it to me.

The restaurant is in the business of 457 visas. Apparently the going rate for the restaurant to sponsor someone from the home country is $50,000. The worker pays the business owner this money and then receives the sponsorship. He then has to pay to work in the restaurant for the time that it takes to obtain permanent residency which is about four years. He is funded by the large family network back home. Once residency is obtained he will then put down deposits on a few properties, although often this happens while he is still working under the 457 visa.

But recently the federal government changed the law surrounding these visas and then they surprised everyone by making it retroactive. In other words, people who are now on the 457 visa might not be able to obtain residency after it expires.

My taxi driver appeared gloomy. He had his citizenship but he was worried about what the effect would be on the local housing market when the new rules concerning the visas begin to bite. After all, if there is no possibility of obtaining permanent residency with the expiration of the 457 visa then there is no point owning all of these properties, let alone sticking around to keep paying to work at some shitty restaurant job.

Imagine the effect on the local housing market when all these properties begin to come up for sale, starting with a trickle and then suddenly pouring out in a tidal wave of desperation as the Indian family networks seek to recoup their investments. The same could be said of the Sydney market if the Chinese government suddenly decides to change the rules on foreign ownership and money transfers, which it could do at any time.

Perhaps the smashed avocado set will finally be able to afford their own home. Although I doubt it as they spend all their money on avocado breakfasts and when the shit hits the fan the only thing that will count will be cash as banks will not be lending a dime.

Anyway, I don’t really care. I’ll be living in my affordable house somewhere in Europe, purchased in a property market that hasn’t yet been distorted by greed, corruption, nepotism, and ultimately treason on the part of governments which have so devalued Australian citizenship in this way.