I am not a joiner. As I’ve said before, I would never want to belong to any club that would have someone like me as a member. The great Groucho said that, and it’s been true for me from a young age. Which is why I like the alt-right. You don’t join, you don’t pay dues or fees, there is no structural hierarchy; hey, there isn’t even a leader.

I like that. So what then is the alt-right?

The guy who came up with the term was Richard Spencer. That is his single claim to fame. Apart from a few speeches he hasn’t done anything at all. If you disagree with me, quote me something by Spencer right now, off the top of your head. Failing that, search around on the internet for something memorable or prescient that he has said or written.

I doubt you’ll find anything. Spencer has tried to position himself as the leader of the alt-right but it has gone as well as you might expect. You came up with the name, buddy. You’ve done your part. Move along, nothing to see here.

Vox Day has come up with a list of what the alt-right entails. He managed to whittle it down to 16 points. That was back in August 2016 and nobody has improved upon them since then. The most important point is number 12:

12. The Alt Right doesn’t care what you think of it.

This is the genesis for every other point on the list. It should probably be number 1.

This is because at a fundamental and philosophical level, the alt-right deals in truth. This is a very scary thing for most people who prefer pretty lies to help them get through their day. Pretty lies are what make the world go around but because we have succumbed to untruths at every level, society is now slipping into a period of chaos.

In order to operate effectively in chaos you need to deal in truth. This is the only available path back to a stable society.

Let’s examine another of the points with this in mind.

8. The Alt Right is scientodific. It presumptively accepts the current conclusions of the scientific method (scientody), while understanding a) these conclusions are liable to future revision, b) that scientistry is susceptible to corruption, and c) that the so-called scientific consensus is not based on scientody, but democracy, and is therefore intrinsically unscientific.

The biggest untruth in human history is the global warming fraud. Does reading that make you uncomfortable? Then you are not yet ready for the alt-right as you haven’t swallowed the red pill.

The red pill stems from The Matrix, a film which is prescient for much of what we see today. You cannot force anyone to take the red pill, but once an individual makes that step they pass from the world of lies to the world of truth. That world is the alt-right. 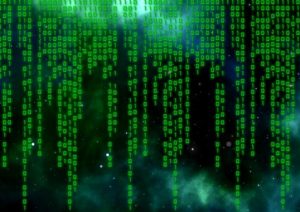 Once you see the first lie then you begin to see other lies. Each lie that you identify and cast aside is the breaking of a strand that holds you in place from what you previously believed. Some of the lies are global, and some of them are personal. Once you become proficient at recognizing the lies you begin to see them everywhere. It is like that scene in The Matrix where Neo begins to see the world in code.

To break all of the cords you need to accept all of the lies. This is difficult because it is hard to acknowledge that you have been lied to for your entire life about everything. People don’t like feeling deceived and thus stupid on a universal scale.

Everyone in the alt-right are on different stages of this journey which is why there exists conflating and conflicting viewpoints within the alt-right itself. A good example of this is antisemitism. Blaming anything outside of yourself for your woes is abrogating personal responsibility, but it is a step that many people need to pass through. In this example, blaming the Jews is indeed antisemitic. But identifying and criticizing Jewish behavior as The Z man does here is dealing in truth. Anyone or any group in the world is fair game when it comes to truth, and if you don’t believe that then you’re living in the world of pretty lies.

This is one of the reasons that I do not condemn anyone on the alt-right for misappropriating blame as in this example. Because we are all on our individual journeys and they merely have not yet cut the appropriate cord. The way to help someone cut such a cord is to deal in truth as The Z man does here.

The alt-right desires nothing more than truth. It is why we are able to change our opinions in the face of new evidence. We desire new evidence so that we may grow and improve. Restrictions on speech are the opposite of the alt-right. All speech must be allowed so that people do not internalize their lies where they can fester and deform. In order to cut cords, people need to be able to speak and articulate their inner-most feelings, particularly when it comes to dissatisfaction at having been lied to for so long.

This is why progressives seek restrictions on speech. They do not want people to arrive at truth because their world is one of untruths.

In this regard the alt-right will never have political power. It is not a political party per se. A political party requires a leader and no one man can deal in all truths. The only man who could ever do this was Jesus Christ. He was the ultimate speaker of truth.

Thus the alt-right’s true purpose is as an influencing force on politics. It pushes those who do seek power to deal in truth. President Trump is a truth dealer. The more truths he tells the more the dealers in untruths writhe and scream. Trump gets his force for dealing truth from the alt-right.

The alt-right has no membership lists. It is an entirely new development in human politics and philosophy, and it has been made possible by worldwide communication via the internet. On a daily basis it twists and melds itself like a convoluted universal amorphous blob as it seeks out and consumes more lies, and as more individuals are gathered into its embrace or quietly jettisoned if they are irredeemable.

Milo is an example of an irredeemable individual who was let go by the alt-right. If you were wondering why the alt-right did not go crazy at Milo’s set-up and professional assassination it was because the alt-right deals in truth. Degeneracy is the opposite of truth. Milo had served his purpose.

Men are the defining force of the alt-right because men need truth and responsibility. The dealers in untruths have been denying men both of these for some time. It is the reason for the hysterical worldwide attack on Roosh and his attempts to get men together just to meet and talk. The potential truth that would eventuate from such a blatant event was too much of a threat.

But the alt-right is anti-fragile. It thrives in chaos as every external attack only makes it stronger. And it is impervious to attack as it is so nebulous. No individual is crucial to the alt-right’s existence, thus any individual on the alt-right that is neutralized makes no difference to the whole. It is why the alt-right cannot have a leader. It is impossible for this to happen. An individual proclaiming himself a leader of the alt-right betrays his dealings in untruth by just such an act.