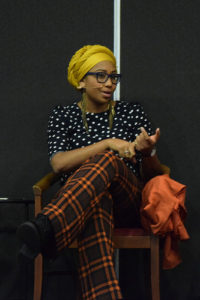 ABC resident idiot, Yassmin Abdel Magied, has had her show axed. It’s not the prohibition of Islam in the West and the expulsion of the infidel from Christendom, but it’s a start. The ABC has denied that there is any link to her disgusting tweets on ANZAC Day. But of course they would say that, wouldn’t they. As we have argued before, identity politics works. When we play identity politics against the left, they lose. Keep doing it, because identity politics just won the right a small victory:

“This decision has been under consideration for some time and was not to do with any controversy over presenter Yassmin Abdel-Magied.”

How sweet it is.