It’s not often that my mind gets blown, on an intellectual level I’m talking here, but Sarah Hoyt’s piece titled Such the Womb was one of those mind blowing moments for me. Particularly how it relates to identity politics and deeply dishonest terminology such as ‘white privilege’. I first came across this term back in 2010 in an internet blogging fight over the encroaching of feminist politics in the gaming industry. My opponents claimed that since I possessed this white male privilege then my arguments were invalid by default; default of my birth as it turns out.

I did not react particularly well to this at the time. I think the technical term for my reaction would be something along the lines of ‘losing my shit’.

I understood at a fundamental level that this attempt at dismissing my arguments and opinions based on my birth was a terrible injustice but I struggled with the precise reason as to why it was so unfair. Over the years the use of this label has risen exponentially but it was only when I read Hoyt’s piece this weekend that the penny dropped, so to speak.

“Such the womb, such the child” refers to the inherent injustice of being born a slave due to your mother being a slave herself. No matter your race or characteristics, you were a slave for life. This was a feature of all societies that practiced slavery. But it wasn’t only restricted to slave societies. 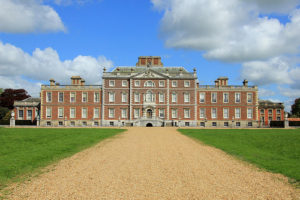 “In fact much the same applied to all “classes” that were inherent at birth, in European systems that required nobility (or serfdom) at birth.

“It was the inherent injustice of this system, to a great extent, that propelled the enlightenment and more just laws of the “condition” of humans.”

That injustice is what outraged me so much at having my opinions dismissed due to the circumstances of my birth. If my opinions can be worthless a single time for this reason then they are worthless for all times. As a white male I can never have my opinions heard at all. But a woman, or a person whose skin color is a slightly darker shade than mine will have no problems not only being heard but seeking advantages precisely because of their birth.

It doesn’t stop there. Someone who identifies as one of the LGBTQ brigade can also be heard. But if they are a white male, possibly about only certain topics. For the rest of it their thoughts will probably be restricted.

This is why I cringe every time I hear someone declare something along the lines of, “I am a woman, but …”. What they are saying is that by dint of their privileged status they are able to comment on the tricky subject on which they are about to address. You can substitute a variety of nouns in place of woman in this instance. Jew, black, Asian, gay, Muslim, transvestite, aboriginal or indigenous, the list is long and varied.

“All of this insanity descends directly from the idea that people are BORN with privilege or victimhood, and that they should either be mollycoddled or shunned according to their PHYSICAL characteristics at birth, and the race of their ancestors.”

How is it possible for me as a white Australian to be held responsible for something my ancestors may or may not have done to the native population two hundred years ago? It is absurd and tyrannical at the same time to hold entire generations to ransom for past historical events. That is why I was so angry when former prime minister Kevin Rudd apologised in parliament for the so-called stolen generations of aboriginal children. I was completely dumbfounded at the ‘sorry march’ when hundreds and thousands of Australians walked across the Sydney harbor bridge to atone for the sins of their forefathers. This voluntary absorption of historical collective guilt might give virtue signalers a temporary warm fuzzy feeling but it is incredibly dangerous for the precedent that it sets.

As Hoyt says, you cannot look at a person’s skin color and determine what their prior life circumstances have been; in fact to do so is inherently racist. But the left’s pursuit of equality is the mask that blinds us to the fact that this is a concerted attempt to reintroduce the concept of using a person’s birth to determine their status and their opportunities in life. It is something that human societies have spent ten thousand years attempting to overcome, and now the left wants to voluntarily reinstate it. And this is primarily due to the fact that in a society that favors meritocracy over all else, some people just aren’t going to measure up.

“Each human should be born equal before the laws. Any tampering with that legal equality is the establishment of nobility and slavery and classes never-ending. Sure, not all start in the actual same place, so not all end up doing as well. Equality of results is unenforceable because not all humans WANT the same things. Give them equality before the law. Individually help those who need it and want it. Over time this will result in the most equitable society.”

Either all of our opinions count or none of our opinions count. You may find yourself now in the position of enjoying privileged status as regards to your birth, but that privilege is arbitrary and subject to future change when your voting bloc outlives its usefulness. It is critical that all of us refuse to support any more examples of this totalitarian mindset, no matter how minor. There can be no more examples of “speaking as a woman.” Either you speak or you don’t speak. Your words and deeds should be the only value on which you are judged. To do otherwise is to invite tyranny back into our lives.

Freedom is such a fragile and precious thing. You don’t even know when you’re losing it.