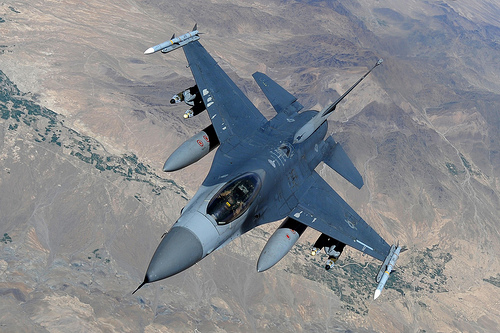 Over the last few days, evidence emerged that the Syrian air force launched a chemical weapons attack which brutalised Syrian civilians. Images of the effects on Syrian children quickly affected US policy, with President Trump swiftly moving to attack and destroy the Shayrat airfield where the chemical weapons attack is said to have originated.

I am going to say nothing regarding the truth of reports that chemical weapons were used, who used them, and whether or not this was the correct response. The fact is, I simply do not know. What I can give is some history and analysis.

A lot has changed in the last couple of days. Donald Trump made it clear during his presidential campaign that he thought America should not interfere so much in world affairs. Many on the new right took this as a sign that he would leave Syria to the devices of President Assad and his Russian backers. I was never that sure.

Many on the new right also fear an escalation to WW3. I think Trump is too smart for that, and I think this is a precursor to a robust approach to foreign relations by the Trump administration. By robust, I mean that Trump will not hesitate to use force; and his relationship with Russia’s Vladimir Putin will frequently be rocky, but mutual respect between the two will prevent major war.

When Obama failed to follow through on his “line in the sand” threat that any use of WMD by the Syrian regime would be met with American force, the reputation of US foreign policy was almost fatally weakened across the world. Just as Trump has made it clear you do not cross him in domestic politics without serious consequences, it is now absolutely clear that for the next eight years, you do not f— with the United States of America.

As for the left, they are traitors and hypocrites. They opposed every military attempt to oppose communism during the Cold War, and their hysterical opposition to US wars in the Middle East under Republican Presidents is matched only by their utterly retarded blindness to the murderously incompetent militarism of Obama’s policies in the Middle East.

I have argued before that the mess in Syria is Obama’s fault. By the time US forces were withdrawn, Iraq was pacified, with no US casualties in the final months of occupation. George W. Bush’s surge worked. Obama failed to settle any Status of Forces Agreement with the Iraqi government when he withdrew US troops. Thus, just as the South Vietnamese were betrayed after a Democrat-dominated Armed Services Committee cut off all military support and ensured the defeat to the communist north, immediately after years of bloodshed had initially won the Vietnam War for the US and the South, Obama abandoned Iraq and allowed the Islamic State to fill the vacuum. The failure of the US to intervene at strength in the Syrian Civil War and instead arm groups who turned out to actually be Islamic terrorists, was based on the wrong conclusion made about the War in Iraq – that US intervention had made it worse, when in fact US intervention had succeeded, and it was the abandonment of Iraq which had created the mess in Syria.

I suspect, and I hope, other XYZ contributors will over the coming days present alternative analyses to the one I have presented of how we have gotten here, and I look forward to some useful discussions.

I want to leave XYZ readers with some information which I think is crucial to understanding the current conflict. At the end of 2003 or early 2004, David Kay, head of the Iraq Survey Group tasked with investigating Iraq’s WMD program, was captured by TV cameras saying, with regard to Iraqi WMD’s, words to the effect of “there’s nothing there.” This footage was replayed quite a bit, and the idiot MSM narrative which had before the war whipped up WMD fever quickly went on a WMD witch hunt, and Western governments conducted multiple enquiries looking for WMD scapegoats. The fact is, none of these were necessary. The only report necessary was the Kay Report, which showed that the truth was far more complicated than the “Saddam had them/didn’t have them” government and media roller-coaster.

The truth is, the Iraqi regime destroyed most of its existing WMDs in late 1991, in fear of another war with the US. However, it did not declare this to the UN; it was done haphazardly, so that some WMD still existed at the time of the US invasion in 2003; and crucially:

“..Although Saddam destroyed his CW (Chemical Weapons), he did not renounce CW and intended to restart the program when sanctions ended. Saddam believed Iraqi WMD capabilities had played a central role in the winning of the Iran-Iraq war and were vital to Iraq’s national security strategy. ISG believed that neither rigorous UN inspections nor the defection of Husayn Kamil, then head of Iraq’s WMD programs, in 1995 weakened Saddam’s resolve to possess a robust CW capability. Baghdad believed its need for chemical weapons was justified, based on its fear of hostilities with Iran and Israel. The Regime, ISG judged, was also motivated by an unstated desire to elevate its status among Arab nations. Saddam thus deferred but did not abandon his CW ambitions.”

If Saddam Hussein had not been overthrown, he would have developed WMD once the international community’s back was turned. This was too complicated a narrative for Western politicians to convincingly articulate, and Western policy in the Middle East has been hopelessly cowardly, inconsistent and incompetent as a result ever since. Regardless of your views on the invasion of Iraq, this remains fact.

Where this is relevant to the current situation is the following statement:

“In a briefing for journalists reported on October 29, 2003, the director of the National Imagery and Mapping Agency said satellite images showed a heavy flow of traffic from Iraq into Syria just before the American invasion in March 2003. Retired Air Force Lieutenant General James Clapper Jr. said he believed “unquestionably” that illicit weapons material was transported into Syria and perhaps other countries. He said, “I think people below the Saddam-Hussein-and-his-sons level saw what was coming and decided the best thing to do was to destroy and disperse. … I think probably in the few months running up to the onset of the conflict, I think there was probably an intensive effort to disperse into private hands, to bury it, and to move it outside the country’s borders.”

“In an exclusive interview with The Sunday Telegraph published on January 25, 2004, Dr. David Kay, the former head of the Iraq Survey Group, said there was evidence that unspecified materials had been moved to Syria shortly before the start of the war to overthrow Saddam. “We are not talking about a large stockpile of weapons,” he said. “But we know from some of the interrogations of former Iraqi officials that a lot of material went to Syria before the war, including some components of Saddam’s WMD programme. Precisely what went to Syria, and what has happened to it, is a major issue that needs to be resolved.”

There are chemical weapons in Syria. It is highly likely they originate from Iraq. Who has them, who is using and has used them, and for what purpose, remains unknown.