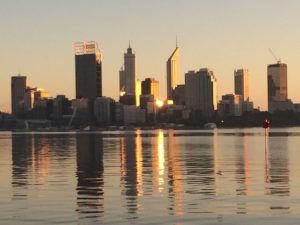 Yesterday’s state election in Western Australia was, as far as I am aware, the first major election in the developed world since Donald Trump’s victory last November. As such it should have been high on my blogging radar, but the real world does not intrude much in this part of the southern hemisphere. Australians are in general a parochial bunch, but the folks from WA make the rest of Australia look positively cosmopolitan.

Even so, I think that this election has been extremely important, both for the poor people of WA but also for Australia as a whole. At the time of writing, the conservative Liberal party in Western Australia has lost an historic and incredible 16% of its primary vote. The left-wing Labor party will govern with a likely 40 MPs in the 59-seat assembly.

This was a successful Liberal government that under the steady hand of premier Colin Barnett steered the WA economy through the last eight years of an extraordinary mining boom while the rest of the economies in the developed world just about collapsed around it. Barnett did this while WA was mercilessly punished by the federal government under the extraordinarily stupid GST tax system where states that properly manage their individual economies have to subsidize those that don’t.

And yet his government has just been annihilated in this election. The opposition primarily ran on a platform of, ‘it’s time for a change’, due largely in part to the fact that their election proposals are more or less incoherent. Just as an example, Western Australians are now going to be able to join Victorians in the dubious club of paying a huge amount of money to not build a road. But as former prime minister John Howard said several years after he was ousted from power in a similar fashion, “How’s that change working out for you?”

Western Australians are indeed suffering since the end of the mining boom three years ago, but they are suffering in relation to that boom, not to the average economy. The Labor party has promised lots of jobs, which can only mean that the Western Australian public service is now going to see a massive inflation of numbers. Labor will undoubtedly mismanage the economy while attempting to install the same disastrous renewable energy policies that has seen South Australia becoming the laughingstock of the country. Unions will also have a field day in the state, and I expect them to get a serious toe-hold in the mining region of the Pilbara as well as in the offshore oil and gas industry. Good luck with that.

But what does this election mean for the federal Liberal party and Malcolm Turnbull? Let us not forget that it was partly on the future outcome of a Western Australian by-election in the seat of Canning eighteen months ago that Turnbull got a leg-up against the then incumbent prime minister Tony Abbott. Turnbull used the looming Canning result as a scare tactic to roll Abbott, a scare tactic that was entirely based on false evidence.

Well, a 16% swing against the Liberals is about as much hard evidence as it takes. I fail to see how Turnbull’s supporters in Parliament will be able to spin this one as being once again the fault of Abbott. Have no doubt about it: questions are being asked in Canberra this fine Sunday morning.

In a few hours, Western Australians will also wake up. But instead of a fine day, it will be to a slowly-developing socialist nightmare. But that is what you get when you bring in half a million immigrants to such a sparsely populated state. Oh the joys of open borders, the putrid dream of leftist a—holes everywhere. Trump understands this and he also understands how to manage an economy. Expect his promised 15% tax cut on business to take effect soon. If I were thinking of investing and growing a business in Western Australia or the USA, I know which way I would turn. And it wouldn’t be towards my old home town, much to my dismay.

This article was originally published at https://pushingrubberdownhill.com/ where Adam Piggott blogs regularly and brilliantly.