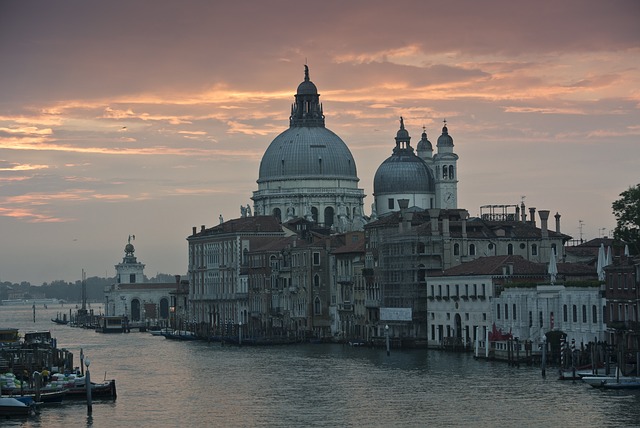 A decade ago I described myself not just as an atheist, but as an anti-theist. I was vehemently opposed to all religions. A few days after I got married, my new wife and I headed to Venice for a couple of days together with my best man who had flown over from Australia for the wedding. At one point we stopped outside a rather nondescript church and my two companions went in to have a look. I remained outside. I could not even bring myself to enter the building, such was my aversion to all things religious.

To be awakened to the world around you and to see its true nature is described as being “red pilled”, a reference to The Matrix film. But unlike in the film, you cannot be red pilled by someone else. The process only works if you do it yourself. Rollo Tomassi has outlined the five stages of unplugging. The steps in order are: denial, anger, bargaining, depression, and acceptance.

This will all be familiar stuff to many of my readers. But the crucial part of red-pilling yourself is the awareness that there are three aspects of life where the process needs to be implemented:

Of the three, it is the realities of the political world and the society in which we live that the greatest number of men are able to successfully lift the blinkers from their eyes. This usually occurs when they get their first real job and start to see how much tax they are actually paying – there’s nothing like skin in the game to raise one’s level of awareness. Particularly sensitive men, typically those who work in female-dominated fields, have the most difficulty with swallowing the political red pill. Many do not do so at all due to the challenges they would then encounter in the workplace.

Taking the red pill with regards to women is much less common. This is unfortunate, as it is arguably the most important of the three in a normal, functioning world. This is due to the fact that a man who has mastered every other aspect of his life will be in constant peril of losing it all if he does not awaken to the realities of the sexual marketplace. But sometimes the only way to learn is to lose everything, and if that is your personal journey then I am not going to do anything to stand in your way.

The red pill journey as regards to religion is fascinating. When you think about it, there are just as many attacks on the Church by the same cultural Marxist factions that fill our heads with lies about politics, relationships, and the family. Their efforts to undermine the Church have been very successful, which I would partly put down to the fact that most men don’t feel like trotting off to Church every Sunday. Any excuse to go fishing is a good excuse, even if it comes from the same side that we despise on all other cultural matters.

Cultural Marxists desperately want to subvert and destroy our civilization, which is why they put so much emphasis on attacking the Church. From the headlines today there is the news that the public persecution of Christians in Australia is going full steam ahead:

“Two Christian charities have been granted official permission to keep their board members’ names secret on the grounds of ‘public safety,’ after abuse and threats from gay activists forced an IBM executive to sever his links with a Christian education group.

“The Australian Charities and Not-for-profits Commission yesterday agreed to keep the boards of the Lachlan Macquarie Institute and the Australian Christian Lobby off the public record ­because publication ‘could ­endanger public safety’.”

It is very easy to read this and be ambivalent. You may certainly consider it not to be nice, but since you are not a practising Christian, what do you really care?

But when you begin to examine and gain awareness of the crucial historical role that the Church has played in our culture, then the reality becomes more alarming. Just as you were brainwashed about politics and women when you were in your formative years, so too were you brainwashed about the Church, and by the very same forces. It was this more than anything that caused me to re-examine my position on religion.

The other factor that caused me to begin the religious red pill process was the encroachment of Islam into our society. It is important to understand that you can only fight a religion with another religion. You cannot fight a religion with “logic” and “truth” and “freedom”. Witness the huge conversion rates to Islam in our prisons for an example of why this is so.

I mentioned earlier that the most important of these three realities for men to red pill themselves was women. But I added the caveat that this was in a normally-functioning world. An Islamic invasion is not a case of things going along as they have always done. In this instance, one does not have the luxury of standing by and watching the attacks on the Church. In fact, due to the crucial role that the Church plays in our civilization, it is arguable that the Islamic invasion is timely. Without it we may well have lost a core foundation of our culture to the cultural Marxists forever.

These are the three great lies preached by the cultural Marxists in our lives, the three main targets of their attacks. It is thus the duty of all Western men to red-pill themselves on all three and in a timely manner. The luxury of remaining blue-pilled won’t last much longer.