Keen observers of The XYZ would notice that most of our contributors choose pseudonyms. Fear of physical retaliation from the scum of the earth features a distant second in reasons given for the preference for anonymity. The number one reason for this pattern is concern for career prospects. This fact alone destroys the Cultural Marxist notion that the branches of critical theory such as feminism, so-called “whiteness studies” or environmentalism are subverting the dominant paradigm. The left has colonised every aspect of government, professional and academic life in the West.

There are few better examples of overbearing leftist conformity than the teaching profession. Several dissidents from the teaching profession contribute to The XYZ, and several more feed us information, all in order to subvert the new politically correct dominant paradigm. One such dissident, who from this day forward will be known as State School Spy, has sent us a snap of this delightful example of radical feminist tripe adorning the teachers’ lounge noticeboard: 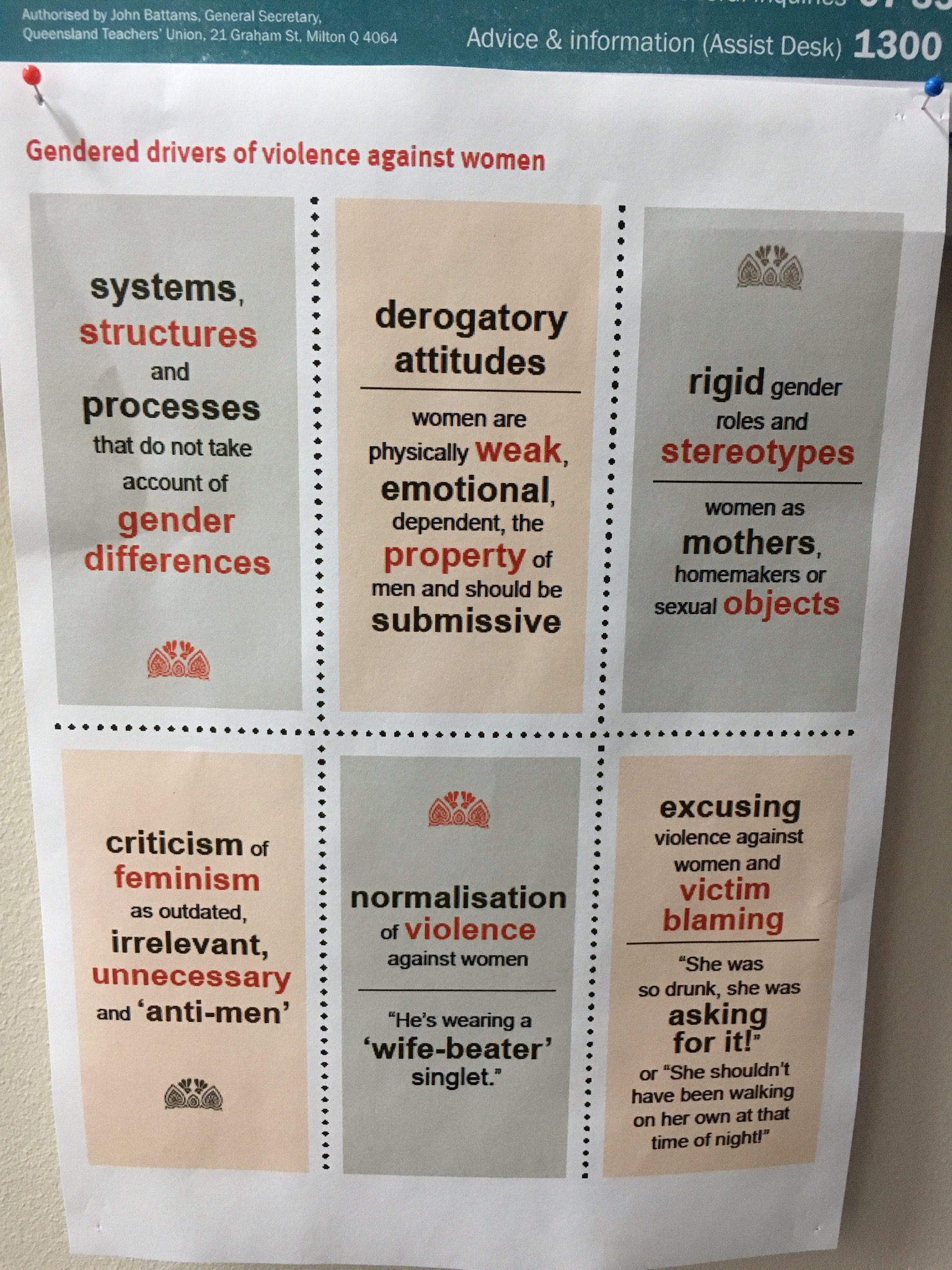 Essays could be written on this drivel, but I will keep it brief.

Firstly, you either have the top left hand corner, or you have the top right hand corner. You cannot have both. One suspects the designer of this propaganda was aware of this, at least subconsciously, and thus attempted to separate the two.

Secondly, regarding top middle, by constantly straw-manning traditional Western attitudes towards women as viewing females as inferior, Cultural Marxism has paved the way for the entry into our lands of non-Western people who genuinely do view women as inferior.

Thirdly, on the bottom right, excusing such attitudes, and the acts of violence they lead to, is exactly what the Cultural Marxist female mayor of Cologne did after over a thousand women were attacked by non-Western men who view women as inferior.

What this poster does is to label anybody who tries to present a genuine solution to the issue of domestic violence as someone who is perpetuating violence. Do as we say or you’re a wife-beater.

As for the issue of the indoctrination camps we call our education system, the solution is simple. End all public funding of education, and eradicate the Department of Education. If necessary, pour salt onto the former grounds of Dept. of Education buildings, or preferably, use said sites to store nuclear waste.