The ABC is a little bit miffed about being excluded from the One Nation WA post-election meeting. 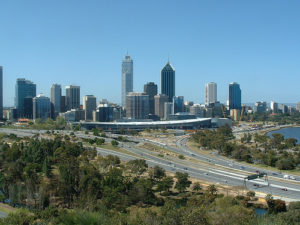 For those who missed the squealing, apparently barring the representatives of our totally impartial, not at all partisan, completely independent and unbiased public broadcaster from a private event is, according to ABC editorial director Alan Sunderland, “an attack not just on the public broadcaster but on the fundamental role of the media in a democracy”.

Mr Sunderland defended the ABC’s coverage of One Nation, stating that the broadcasters reporting on the patriotic party was “accurate, impartial and independent”.

Please stop laughing, he was serious.

One Nation Senator Malcolm Roberts replied that if the ABC refused to give his party the right of reply in their coverage then they should get used to being refused access, and then doubled down by describing the whining, entitled, petulant ABC staff members as “Snowflakes”.

I quite enjoyed that part.

Anyone who has ever conversed with one of the staffers at our revered and sacrosanct public broadcaster has probably been gifted a glimpse into the sort of mind that can with a straight face called that bloated, billion dollar leftist bureaucracy “independent”.

On some level they genuinely seem to believe it.

Since most Australian journalists in general, and ABC ones in particular, seldom seem in their everyday lives to converse with anyone remotely right of centre, I guess we can credit them with displaying admirable balance between the views of the ALP left faction and the Greens.

The reporters, producers and other hangers-on went to the same schools, eat at the same restaurants, live in the same suburbs, often marry into each others’ families, and most importantly, get their view of the outside world from the same few outlets.

One of the reasons for the visible shock the ABC staffers felt both about Brexit and the Trump victory was that almost the entirety of their information about American politics came from Huffington Post, the New York Times, the Washington Post and MSNBC, while their view of Britain came from the BBC and the Guardian.

You could make similar observations about the Arab Spring, the European migrant crisis, the Euromaidan in Ukraine or any number of other world events that the supposedly superior intellects who suck up our taxes got seriously wrong.

The explanation for this carnival of wrong is that the people in charge of informing us about the world do so by listening almost exclusively to the opinions of people almost exactly like them, but in other countries.

A producer on an ABC television show has far more in common in terms of tastes, education, class background and worldview with an opinion writer at the New York Times on the other side of the world than either of them have with most of the citizens of their own countries.

This was hilariously, although unintentionally, displayed by Sydney ABC Radio Drive host Richard Glover in an article he wrote about the West Australian elections for the Washington Post.

Yes, the Washington Post, the major newspaper in Washington, the city on the other side of the world, talking about a regional election in one of the less populated of the Australian states.

What would possibly compel a publication currently very busy being at war with their own nation’s president to print an extensive piece about a relatively minor event in a far away land?

Why to enable Mr Glover to boast about how it was only through the valiant efforts of the ABC and other leftist media organisations that the evil of the Australian “Alt-Right” in the form of One Nation was beaten back, of course!

I suggest you read the article in full – it’s hilarious. Not only does Richard manage to sound like a pompous condescending git in his opinions of his own compatriots, he manages to sound snobbish and superior in his tone towards his American audience as well.

The entire article drips heavy with the not-so-hidden subtext that the Australian media establishment (or the “Body Politic” as Richard describes it) managed to defeat the “Alt-Right virus,” so why are you fellows over there having so much trouble with that petulant jumped-up Trump fellow?

Richards’s article is a great example of the mindset of the average denizen of the corridors at the ABC. In their mind they are the sheepdogs charged with helping the stupid unenlightened plebs come to the proper opinions, and as such they have far more fellow feeling towards other self-appointed lords of correct opinion in news rooms and faculty lounges across the Western world than to their fellow countrymen.

Despite “Australian” being the first word in the name of their organisation, most journalists and other staff working at the ABC have no loyalty to Australia as it exists at all. They don’t take pride in our history, our culture, our people, our flag, our constitution or our heritage; in fact, in most cases they seem covertly, if not openly, hostile to all of the above.

Any fondness they have for the country that has birthed and nurtured them is restricted to what Australia might one day become if they can just convince the stupid, backwards, racist, sexist, gay-hating, transphobic Bogans to do whatever their moral and intellectual superiors say.

I hope One Nation repeats its exclusion of the minions of Aunty, and I hope all other patriots take the same tack, firstly because their spluttering reactions will continue to be hilarious, but secondly because on a very serious level these people need to be reminded of a few pertinent facts.

They are not our sheepdogs, nor our rulers, nor our superiors. They are not here to tell us what is acceptable, what is moral or what we can or cannot say. Most importantly we must remind them that in the new world that is dawning, they need us far more than we need them.

And that last fact is perhaps the most amusing of all.