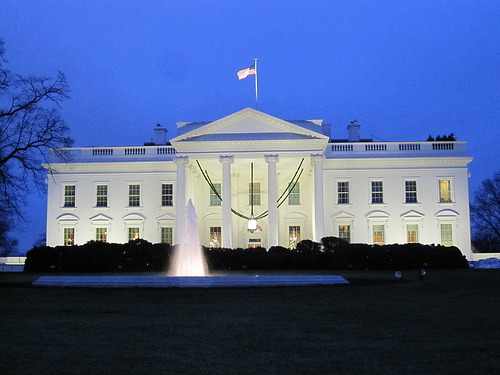 The MSM is in a frenzy of self-congratulation following the 9th Circuit of US Court of Appeals’ ruling in State of Washington v Trump, that continues the temporary restraining order issued by a US District Judge in the Western District of Washington, that stays the operation of President Trumps’ Executive Order that temporarily suspends immigration from certain countries. The MSM are loudly proclaiming the ruling as a victory over Trump and his travel ban, and Hillary Clinton has also joined the mob, tweeting about the result.

Before anyone becomes overly excited about the ruling, it is important to understand what this ruling is and represents, and most importantly, what the ruling is not and does not represent; in other words, a little perspective and a basic understanding of the process. Anyone who says that the current ruling by the 9th Circuit represents the death knell of the Executive Order and a final defeat for Trump is clearly ignorant of the legal process and is misrepresenting the ruling and its effect.

The proceedings were brought by the State of Washington, and challenge as unconstitutional certain parts of the Executive Order because it allegedly violates the 1st and 5th Amendments of the US Constitution. In substance, Washington alleges that the Executive Order illegally stranded residents abroad, split their families, and restricted travel in a way that damaged the state’s economy in violation of certain Federal statutes. Washington also alleges that the Executive Order is ‘not truly meant to protect against terror attacks’ but is in truth a ‘Muslim ban’. That allegation is based upon statements made by Trump during the election campaign.

On the day the proceedings were commenced Washington brought an emergency motion seeking a temporary restraining order (‘TRO’). Several days later, and after Minnesota had joined the proceedings as a plaintiff, a short hearing was held, at which very little evidence was called, and a TRO was issued. The proceedings before the 9th Circuit was commenced as an appeal against the issue of the TRO, the ruling recently issued was only in respect of an emergency motion seeking a stay of the TRO.

To put those events in context it is important to understand what a court does when it is asked to issue a TRO, as it is called in the US, or an injunction in Australia. A TRO is issued at an early stage of a proceeding and it is by nature temporary. The intent of a TRO is only to maintain a status quo until the court can conduct a full hearing on the substantive issues. For those reasons, the principles that govern the issue of a TRO, and the standard of proof required to discharge the burden of entitlement to one, are very different to those in a final hearing on the merits of the substantive claim. The merits of the substantive claims are NOT considered in any detailed way; rather, in the US, it is only necessary to show a likelihood of success on the merits. In Australia the principle is similar, although differently expressed, as a requirement to show that there is a substantive issue to be tried and some prospect of success. A finding of a ‘likelihood’ or ‘prospect’ of success in a decision to issue a TRO is not and never has been a ruling on the substantive merits of the underlying claim, and it foretells precisely nothing about the substance of those claims.

Courts have discretion whether or not to grant a TRO, and because they are generally issued at an early stage, and do not by definition have final effect, there is generally no right of appeal against the issue of a TRO. In exceptional circumstances, and usually only by leave, an appellate court might entertain such an appeal. In the relatively rare circumstances that an appeal from a TRO is permitted, the principles that are applied are similar to issue of the TRO itself, subject to an additional requirement to show a likelihood of success on the appeal against the issue of TRO. In other words, the appellate ruling in an urgent application to, as we would say discharge an injunction, or, in the US, to stay the TRO, is again NOT a ruling on the substantive merits of the underlying claims.

Properly understood, the decision of the 9th Circuit was a ruling in an urgent application to stay the TRO; it is not a substantive ruling on the merits of the underlying claims. The 9th Circuit did, as expected, address aspects of the substantive claims when considering the issue of likelihood or prospects of success; and this is where the decision becomes troublesome and highly suspect, because there are clear errors in the discussion of those issues. The substantive claims based on the 1st and 5th Amendments are broadly as follows. The 1st Amendment prohibits any law ‘respecting an establishment of religion’; and the claim in this context is that the Executive Order is a ‘Muslim ban’ apparently based on campaign rhetoric. The 5th Amendment guarantees due process; the claim in this context is that due process requires notice and a hearing prior to restricting an individual’s ability to travel.

The Executive Order, by its terms, and using the ordinary and natural meaning of the language, is not a ‘Muslim ban’. It says nothing at all about Muslims; rather it restricts travel by people from certain countries. The reliance upon campaign statements in interpreting an executive order violates the fundamental precepts of statutory and legal interpretation, and is simply unprecedented. The fact that the statements were cherry-picked from a vast array of other statements that temper or would permit another interpretation is appalling. The decision, in that regard, is indefensible.

The Executive Order initially applied to residents and holders of green cards, which quickly caused problems and resulted in a change excluding people in those categories from its operation. So what remains in an assertion that people who are not now present in the US, and possibly never have or will apply for a visa to the US, have a guaranteed constitutional right to due process concerning any domestic policy or law that would potentially restrict their right to travel to the US. So it goes that notice of any such restriction must be given to everyone, everywhere in the world, who might in the future seek to travel to the US and permit him or her to bring court proceedings in the US about that matter. Again, the decision in that respect is both unprecedented and indefensible.

One eminent legal figure in the US has called the decision of the 9th Circuit an ‘intellectually dishonest piece of work’. Harvard law Professor Alan Dershowitz said the ruling is not a ‘solid decision’ and it is based more on ‘policy than constitutionality’ and will not ultimately be sustained in the Supreme Court. Even the Washington Post is calling the decision ‘dangerous and unprecedented’, and other usually and reliably pro-Democratic commentators recognize the absurdity of the decision. Charles Krauthammer describes it as a ‘disgraceful conclusion’ and Joe Scarborough calls it ‘laughable’. The 9th Circuit also happens to be the most over-turned Appellate Court in the United States, and is heavily populated by Democrat appointees (23 of 29); something that unfortunately seems to infuse its reasoning and decisions.

For all of that, the basic problem is that based on current decisions of the US Supreme Court, there is no doubt that the President has full and unfettered power over foreign relations, and none of the absurd reasoning in the decision of the 9th Circuit is likely to displace that conclusion. A practical problem may, however, impact the issue, as there are currently only eight judges appointed to the US Supreme Court following the death of Antonin Scalia, whose seat is yet to be filled. If the US Supreme Court splits 4 -4 on the issue, which may happen because of the current balance of liberal and conservative members, the decision reverts to the decision of the 9th Circuit. For that reason alone, President Trump would be well advised to accept the decision concerning the TRO, and leave any appeal until the substantive issues are decided, by which time Judge Gorsch will have been confirmed as the next Associate Justice of the Supreme Court and altering the balance in favour of constitutional conservatives. That will mean enduring the pain of likely adverse decisions at first instance and in the 9th Circuit, but ensuring ultimate victory.