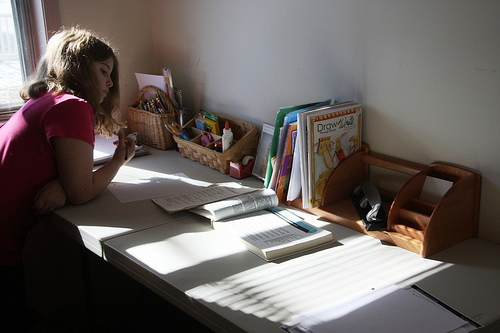 As Moses Apostaticus recently pointed out, the education system is the greatest weapon held against us. Even private schools have had huge pressure put on them to conform to everything state schools had to do, which means losing what makes them different. (They’re fighting back, but it is a difficult battle.) But so far, there has been a way around the left’s grip, albeit a difficult one, only for dedicated parents: homeschooling.

In Australia, the homeschooling movement is quite small, but in America it’s big – big enough that most people would know at least one person who was homeschooled. I don’t know much about the laws in America, but I do know that systems such as IBLP (Institute of Basic Life Principles, with a huge focus on family and traditional Christian values) are widely used with no apparent interference. There are many publishers of Christian homeschool materials, even including such topics as short-age Creationism (a point of disagreement even among Christians), in the US. They have not been shut down, and I pray they won’t be.

Until not so long ago in Australia, parents had the ultimate responsibility for educating their children. Although the state school system was highly subsidised, it rested with the parents to decide whether to use that system, send their children to a private school, or ensure their children’s education some other way.

This has now changed. Homeschooling is still a legal option for parents to choose, but each state now has a system of registration and inspection to ensure state-satisfactory education is actually happening. (Victoria only started this a few years ago, and well do I remember my father’s skepticism at the government’s claim that it would be “light touch”.) That wasn’t so bad: I’ve heard that some inspectors could be put in the right mood with home baking, and one listened first to the children’s music and said they worked together so well he didn’t need to see anything else. It was luck of the draw, like being pulled over for a minor traffic offence.

But now there are proposals in Victoria to require homeschoolers to follow a set curriculum. (The other states appear to already have these and stricter requirements on homeschooling.) This strikes at the one of the core values of homeschooling: the ability to choose what and how your children are taught.

Personally, I’m not entirely sure why they think a set curriculum for homeschoolers will work. It didn’t work for schools – they tried to set a national curriculum, and WA quite rightly kicked up a huge fuss about the eastern-seaboard-focussed history plan. Perhaps they simply think homeschoolers are too few and too scattered to stand against the plan. They try to distract us by playing down the control, calling it the “lightest-touch … compared with other Australian states” – which just means they’ve already been allowed further in those states. Control does not imply the right to that or more control. (Download the official impact statement here. The section on homeschooling is on page 7.)

But it’s obvious why they are doing it: they want to close the loophole that allows some children to escape their fifth-column brainwashing and actually be free thinkers.

Do you know what was the most frequent question my family was asked on learning that we homeschool? “What about socialisation?” Now obviously, children learn from their peers as well as from their teachers, and social skills need to be learned in a social context. But even leaving aside the social context of the family (my mother taught us that friends may come and go, but family will always be family, and therefore we have to be able to get along) and many broader aspects of community involvement, how many parents of children going to school have to teach their children not to give in to peer pressure? How often do some children, finding it difficult in a group so similar in developmental stage to create a niche for themselves where they can excel, turn to bullying in an attempt to feel above other students – and how much less does this happen in a family context? How often does being in a group of children, or particularly teenagers, of ones own year level, cause more problems than it solves? We have rules about P-plate drivers carrying peer passengers! Is that not a demonstration that groups of young people the same age tend /away/ from free thinking?

I will leave you with this question: Ultimately, who should have responsibility for children and their education – the parents, or the government?

The proposed regulation changes are currently open for public review here. If you would like to put in an official comment, the page states that it is open until the 28th of February. I urge you, if you leave feedback, to be reasoned and do favour to your argument. 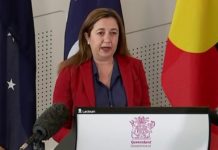