We’ll all be rooned said Hanrahan…. 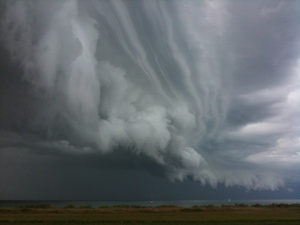 It is time now to look at the emergency response system in the land of the crow eaters.
One would have thought that, with the benefit of satellite imagery and weather prediction services ably provided by our Bureau of Meteorology, one would have had about four days’ advanced warning of severe spring storms approaching from Western Australia. I think that this weather phenomenon happens every year, and every 25 or 50 years or so, on average, you are due for a right puzzling if one examines the historical record.

South Australia has a long history of power outages in the recent past, and the article from the AI Group documents the ongoing situation industry faces in South Australia.

So the public at large are entitled to ask, “What the hell were the government and emergency services doing in the days before the gale force winds hit?” I mean really, if they are able to forecast hot winds and high fire danger days in advance for summer, then why not winter and spring storms as well?

The disruptive effects of a state wide power failure could have been well mitigated to a large extent if the government emergency services had just been on the ball, and industry had a storm management plan in operation. Japan has earthquake preparedness drills, and we do this in Queensland for cyclone season, every bloody year, whether we get a cyclone hit or not.

Think of all the disruption and costs that could have been saved by:

• Preparing steel and lead smelters for the possibility of power outages, thus allowing them to lower furnace capacity where appropriate.
• Throttling back process industries so that there was less instantaneous power usage as the storm hit.
• Olympic dam and remote sites could have emergency diesel generators shipped in, and connected.
• Hospitals should have been on backup power at least four hours before the storm hit. How much fuel does that use, or are we so paranoid about generating that hideous harmful planet destroying gas, CO2?
• Households should have had extra supplies of food and water, plus gas cooking available and at the ready.
• Bulk food refrigeration depots should have had backup diesel generators in place as a matter of course.
• Schools are shut down for the day, so that traffic volume drops appreciably.
• Non-essential businesses should consider closing for the day.
• The rail and public transport systems then require less frequent services and can be planned to shut down for an hour or two as the storm hits. Buses and trains can be parked up in safe places to ride out the storm.

Talk about being “caught with your pants down”. What a disorganised shambles it was in Adelaide that afternoon, rail outages for stranded trains, traffic gridlock, police resources being used to direct traffic instead of co-ordinating emergency responses as required.

Adelaide is known to be an extended flood plain going from the hills out to the coast, so that older suburbs near the coast, with their well documented poor sewage and storm water drainage systems, are just made worse with power outages at sewage pumping stations. Come on, fellas, harden up and get a grip on reality.

It really is time for heads to roll in the cosy inbred insulated establishment of political and ruling classes in South Australia. The degenerative effects of inbreeding are starting to show. This is the 21st century, and the plebs are entitled to better leadership if we are going to progress and be a modern, technologically advanced, agile, egalitarian, free, caring, compassionate and credible society where all partake of the rich blessings of living in Australia.

“Grumblebum” is a white Anglo Saxon male baby-boomer whose ancestors came by sailing boat from the UK in the 1880’s and settled in the southern states. They farmed (not always successfully) and built the land, and passed onto myself their heritage of democracy and laws based on the Judeo-Christian principles. I am just wondering why I am being harangued into forfeiting this by a bunch of under-educated, historically illiterate, unwashed and unemployable knuckle-draggers from the political left.